Was Machiavelli Right About Innovation? 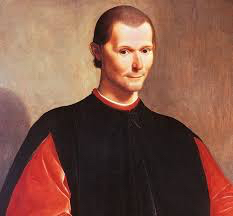 “It is a very natural and ordinary thing to desire to acquire; and always, when men do it who can, they will be praised or not blamed.” Niccolò Machiavelli, political philosopher and author of The Prince, achieved infamy with a ruthlessly pragmatic definition of what motivates human behavior: the desire for more. In Machiavelli’s 16th century Florence, political power was the key to “more.” More safety, more luxury, more esteem. His view of politics led Machiavelli to distill the substance of human motivation to winning and maintaining political power: “Let a prince win and maintain his state: the means will always be judged honorable, and will be praised by everyone.”

Within his work on political maneuvering, Machiavelli offered advice to would-be political innovators:

“It should be borne in mind that there is nothing more difficult to manage, or more doubtful of success, or more dangerous to handle than to take the lead in introducing a new order of things. For the innovator has enemies in all those who are doing well under the old order, and he has only lukewarm defenders in all those who would do well under the new order. This lukewarmness arises partly from the incredulity of men who do not truly believe in new things until they have had a solid experience of them. Thus it happens that whenever his enemies have the opportunity to attack the innovator, they do so with the zeal of partisans, and the others only defend him tepidly, so that he, together with them, is put in danger.”

Machiavelli’s insight for innovators was that humans are keenly aware of loss, while only vaguely aware of gain. Negative consequences associated with changing the status quo are magnified, while the benefits of change are ignored. Machiavelli gave this advice over 500 years ago to a political leader of a principality, in this case the Magnificent Lorenzo de Medici. Can the same lessons apply to a military community, and thus, the same caution apply to would-be military innovators? A principality and military do indeed have a similar power structure. In Machiavelli’s Florence, power was defined in terms of proximity to the prince. Machiavelli’s purpose in writing The Prince was partly to gain access to Medici’s court–the closer he was to Medici, the more powerful Machiavelli himself would be.

In the military, power is also defined in terms of proximity. On the organizational chart, the military officer closest to elected civilian leaders is the highest-ranking. While a democratically elected politician’s power is more legitimate than the power of Machiavelli’s Prince, as far as the military is concerned the two systems are similar. Control over resources–power–is concentrated at the top and diffuses down the hierarchy.

This does not imply that military leaders are akin to princely rulers. Power relationships in American government are spread thin and deliberately complex. For example, control of the military is split between the Executive and Legislative branches, and then again between different branches in the Legislature, and again between different committees within those branches. On the Executive side military leadership is split between civilian leaders like the Secretary of Defense and advisors on the Joint Chiefs of Staff. More importantly, it’s in a prince’s self-interest to maintain his position. The military’s desire to maintain itself stems from a commitment to serving the greater good.

Yet, the flow of power is the same: it concentrates at the top of the hierarchy, as opposed to a democratic system in which power is concentrated at the bottom. In a democracy the group with the greatest number of people has power. In the military, privates do not control the distribution of resources, just as regular people did not control the distribution of resources in Machiavelli’s Florence.

Machiavelli would warn the military innovator of “lukewarmness.” Those benefiting from the adoption of carrier operations would be moderately supportive. On the other hand, battleship commanders forced out of a position of power would attack “with the zeal of partisans.”

Yet, the Navy adopted aircraft carriers. Was this because the officers promoting the change were courageous enough to overcome the dangers Machiavelli described? Did they sacrifice their careers on what Machiavelli would call “the most dangerous thing,” pushing for a new order of things?

Machiavelli’s status could be achieved in only one way–the control of political power. Today’s scholars argue for two distinct paths to status: “dominance” and “prestige.” “Dominance” is the use of intimidation and coercion to achieve social status. Dominance does not necessarily need to be physical–bullies can dominate in a number of ways: public ridicule, taking away a paycheck, the threat of being fired. The common denominator is fear. Dominance is what Machiavelli advised with his strictly pragmatic, often brutal politics: if a prince wanted to “maintain himself,” he must “learn to be able not to be good, and “to use this [ability not to be good] according to necessity” (emphasis mine). Machiavelli described the “virtue of inhuman cruelty” as the reason that a prince would be venerated in the sight of his soldiers, allowing the prince to control his army and, thus, his state.

“Prestige,” on the other hand, is a means of achieving status by being helpful to others. We give prestige to those with skills we want for ourselves. Prestigious individuals are approachable enough to learn from. Where bullies dominate, prestigious individuals are conscientious and agreeable. Machiavelli came close to prestige in The Prince–for example, he advised that a prince should “carry on great enterprises” that keep “the minds of his subjects in suspense and admiration.” Still, this advice was not overly concerned with being helpful, and was second in importance to the advice to dominate those close to the prince in terms of political power.

Whether Machiavelli was right about innovation depends on whether the path to power passes through “dominance” or “prestige.” Status-seeking is a given, as Machiavelli argued, but how status is sought is the difference between an organization that is inherently opposed to change and an organization that is open to it. When dominance is the path to status, power is worth defending in itself

When prestige is the path to status, the collective needs and values of the group determine what leads to power. The voice of a star athlete carries weight because we collectively value athletic ability. LeBron James, the Cleveland Cavalier and NBA star, is a “socially conscious athlete” with the power to move public opinion. His sway over issues like black unemployment began with the public’s respect for his ability on the court. As the most valuable athlete of one of the country’s most valued sports, he is a powerful opinion leader. The same is not true of the leaders of sports less valued–the most valuable player in American soccer or hockey does not have the same level of status as an NBA star. We, as a society, define who has status based on what we choose to value.

The DoD is a miniature society. It defines prestige for itself. The medals we award and the stories we tell are evidence of what we value. A soldier who turns toward the firefight is praised; the Air Force looks up to pilots. The DoD values loyalty, fairness, and competence. Returning to this essay’s original question, the DoD can also choose to value innovation.

Innovation is the watchword of today’s military. The Secretary of Defense has created a new office on innovation in Silicon Valley, the Defense Innovation Unit Experimental (DIUx). The Chairman of the Senate Armed Services Committee, Senator John McCain, has criticized the new unit for not being innovative quickly enough. Leaders in uniform have defined their Services in terms of innovation: the Air Force is powered by Airmen, fueled by innovation.

Machiavelli is still a vilified character, 500 years after he wrote The Prince. We are rightly disgusted by what he claims is our motivation. Of course dominance is not the path to status, and of course we esteem innovative behavior. Yet, Machiavelli offers a final caution: “Men take such pleasure in their own affairs and so deceive themselves that they defend themselves with difficulty from this plague [of flattery].” Whether or not Machiavelli was right about innovation, he forces us to look, and look deeply, into what motivates our behavior. The more honest we are about those motivations, the better we can shape our military to meet the needs of the 21st century. 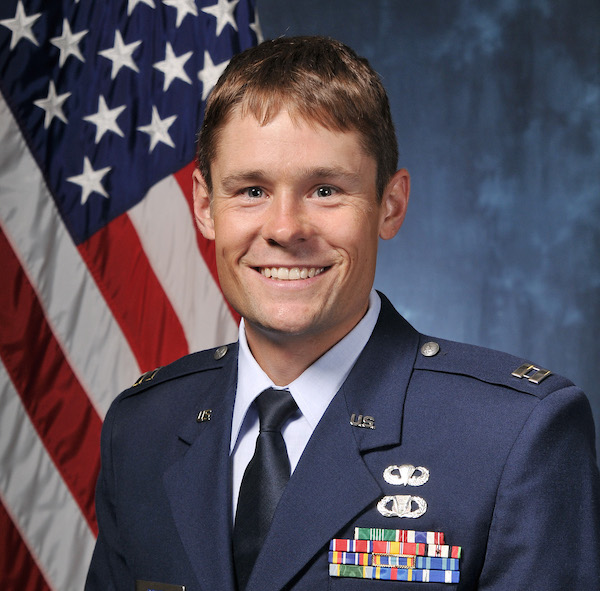 Captain Brad DeWees is an instructor of political science in the United States Air Force Academy’s Department of Political Science. He teaches courses on American government and a senior seminar titled “Innovation in Government.” Captain DeWees was the top overall graduate from the Air Force Academy’s class of 2009. He is a Tactical Air Control Party (TACP) and Air Liaison Officer (ALO) by career, and has deployed to Afghanistan.