Anyone who has been involved in futurist planning knows that it’s inherently hard because there are really no facts when it comes to the future. That very simple fact makes it extraordinarily difficult to know where the Army should invest increasingly uncertain funds to have the force we will need to be effective in an increasingly complex future. One innovative solution to that problem the Army is pursuing: Digital models, known as early synthetic prototyping, in simulated environments to test conceptual equipment before bending any metal.

Let’s start at the beginning. There have been reliable futurist planning models used in business and the military for decades. In “The Art of the Long View,” Peter Schwartz outlines an effective method for futurist scenario planning. He uses predetermined elements such as demographics to add some level of certainty in developing future scenarios – for example we can know the maximum number of military age males (and females) in 2034 because they have to already be alive today. There are, of course, certain assumptions that make even this “fact” questionable – what if a future adversary considers the military age to be 12 for front line soldiers and even younger for someone who they need to wear an explosive vest and walk up to opposing military forces? Both of those are plausible and have happened.

But even more broadly, traditional scenario-based futurist planning is not supposed to predict the future or help make the detailed decisions. It helps planners construct meaningful narratives and develop multiple potential futures so they can better understand potential risks and make decisions early to help mitigate as many of those risks as possible across multiple likely futures.

For years, the Army Capabilities and Integration Center (ARCIC) has used such scenario-based futurist planning to identify future threats the Army may face and future missions the Army may have to accomplish. From those threats and missions, ARCIC determines requirements and develops capabilities and war fighting concepts for the future Army. At the macro level, this has been a very effective way for the Army to think through what it will have to do and come up with innovative solutions, but how do you really know if those solutions will work? How do you test or validate them?

One approach ARCIC is working on uses early synthetic prototyping in a simulated environment “that brings soldiers, scientists, engineers, and concept developers into a common environment to rapidly assess, modify, and experiment with future equipment.” Already, there have been multiple studies and experiments testing the validity of such an approach. One study of note was a Naval Postgraduate thesis by Kate Murray titled “Early Synthetic Prototyping: Exploring Designs and Concepts with Games.” She found encouraging results when looking at what feedback you can gather from game-play and how useful that feedback can be in evaluating the performance of conceptual equipment.

This semester I am advising a cadet team at West Point that is pursuing ways to move this body of knowledge forward as their senior-year capstone project. They are pursuing a methodology that would use full- automated game play to test how well a virtual military unit performs with conceptual equipment as compared to conventional existing equipment in a variety of environments (urban, desert, mountain, tropical, etc. . .) and mission sets. While there are trade-offs to using automated game-play instead of having human decision makers, the idea is to execute far more iterations and to generate far more data to explore than would have been possible if using real-time human game play.

As with most experimentation and innovation, this effort may be a useful step in understanding how the Army can most effectively use early synthetic prototyping – or it may not be. In either case, I am excited that there is a team of West Point cadets actively looking at ways to help the Army innovate. While the Army of 2034 may seem a lifetime away, cadets graduating this year will be battalion commanders who lead America’s sons and daughters in that Army – they are investing their time and intellectual energy now to make the Army they will lead stronger. 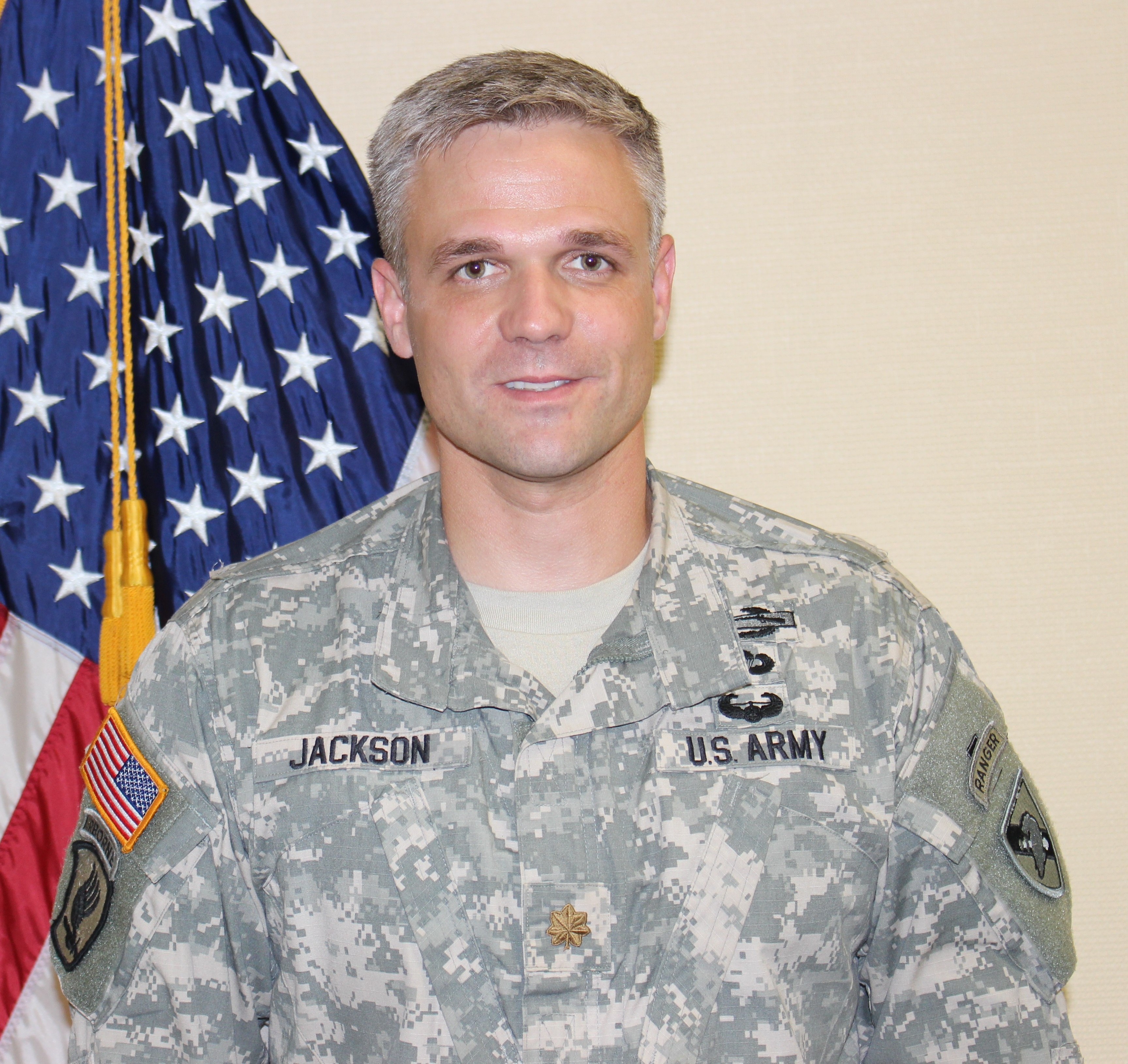 MAJ Mike Jackson is the Deputy Director of the Modern War Institute at West Point. He has combat experience spanning the platoon, company, brigade, division, and corps-level during five deployments to Afghanistan and Iraq as an infantry officer and Army Strategist (FA-59). He has also served on the Chief of Staff of the Army’s Strategic Studies Group and in an interagency fellowship as the Special Advisor for Manufacturing Policy to the U.S. Secretary of Commerce. MAJ Jackson holds a Master of Arts in Liberal Studies degree with a concentration in International Affairs from Georgetown University and a Master of Military Arts and Science from the U.S. Army Command and General Staff College. The views expressed in this article are those of the author and do not reflect the official policy or position of the Department of the Army, Department of Defense, or the U.S. Government.
Share on Facebook Share
Share on TwitterTweet
Share on LinkedIn Share
Send email Mail
Print Print