36 Black Swans, Gray Swans, and Pink Flamingoes to Watch in 2018 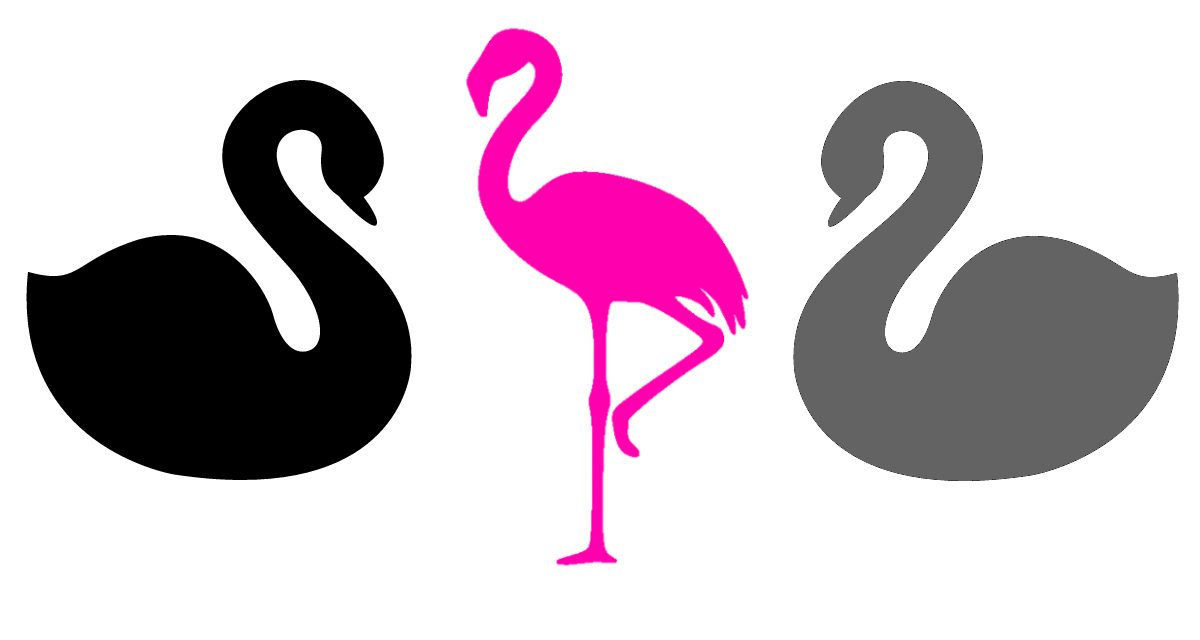 While driving along the shore of Lake Wanaka on New Zealand’s South Island in September 2011, I saw them for the first time.

My wife and I pulled over, jumped out, and spent a half hour with the darkly elegant cousins of the waterfowl we were accustomed to in North America. Black swans, of course, were at one time presumed not to exist (so much so there was a Latin phrase coined to cement their perceived non-existence)—until later eras, when travel to Australia and New Zealand (where they are commonly found) revealed their earthly presence.

Since then, a famous book has popularized “black swans” as a commonly used metaphor for the disproportionate effects of previously unobserved, high-impact, hard-to-predict, and rare events (in Rumsfeldian parlance, “unknown unknowns”).

Another, similar metaphorical category—“gray swans”—are events that might be foreseen, but considered so beyond likelihood that they’re not considered when thinking through potential threats (“known unknowns”).

Then there’s Frank Hoffman, who has his own metaphor for “known knowns”: “pink flamingoes.” He describes these pink lawn-birds as “a predictable event that is ignored due to cognitive biases of a senior leader or a group of leaders trapped by powerful institutional forces.” In this bin, Hoffman lumps “nuclear use doctrines in Russia and South Asia, the potential use of biological toxins, chemical weapons usage in Syria, and Russia’s actions in Ukraine as representatives of such a bright and ugly bird.”

Collectively, these three birds represent and describe the range of potential shocks, shifts, and surprises that may be in store for us in the coming year. The goal is to gain some advance warning; to see farther and spot a swan (clad in black or gray), or maybe even to catch a pink flamingo.

Getting such a step ahead is the aim of the exercise that follows. To think through the strategically impactful events that might come in 2018—precisely because, after the devastation on September 11, 2001, the great criticism of the national security enterprise was that “the most important failure was one of imagination.” This rebuke hurt even more because a plane-borne attack had been predicted, not by our own government, but in a Tom Clancy novel.

The list below—the flock of potential, future-shaking events to come—is every bit as speculative as a novel’s plotline.

So nearly all these will be wrong. But to look upon a high “failure” rate in such an endeavor would miss the point. The proper objective with such an exercise is to make many big bets that have highly lucrative upsides and massive returns on investment (like a venture capitalist’s investment strategy).  That way, getting 10 or 5 or even 1 percent “right” leads to outsize yields and incredible net gains.

In the case of this exercise, if even one of these turns out to be close to correct, then the advance consideration will have been worth it. (Mind you, the track record of American national security prediction hovers down around zero percent, so the bar is set fairly low.)

Without further ado, here are thirty-six black swans, gray swans, and pink flamingoes that we may soon see in 2018 (in no particular order; not binned by category; and with links to related issues or trends where appropriate):

Again, none of these are certain or even likely. Most will never happen.

But one, or even a few might, and having mulled the idea over we might get ahead of the curve. As Paul Wolfowitz once said, “Surprise happens so often that it’s surprising that we’re still surprised by it.”

Maj. ML Cavanaugh is a US Army Strategist and Non-Resident Fellow with the Modern War Institute at West Point, and looks forward to connecting via Twitter @MLCavanaugh.