A Blast from the Past? The Role of Maritime Sabotage in Strategic Competition 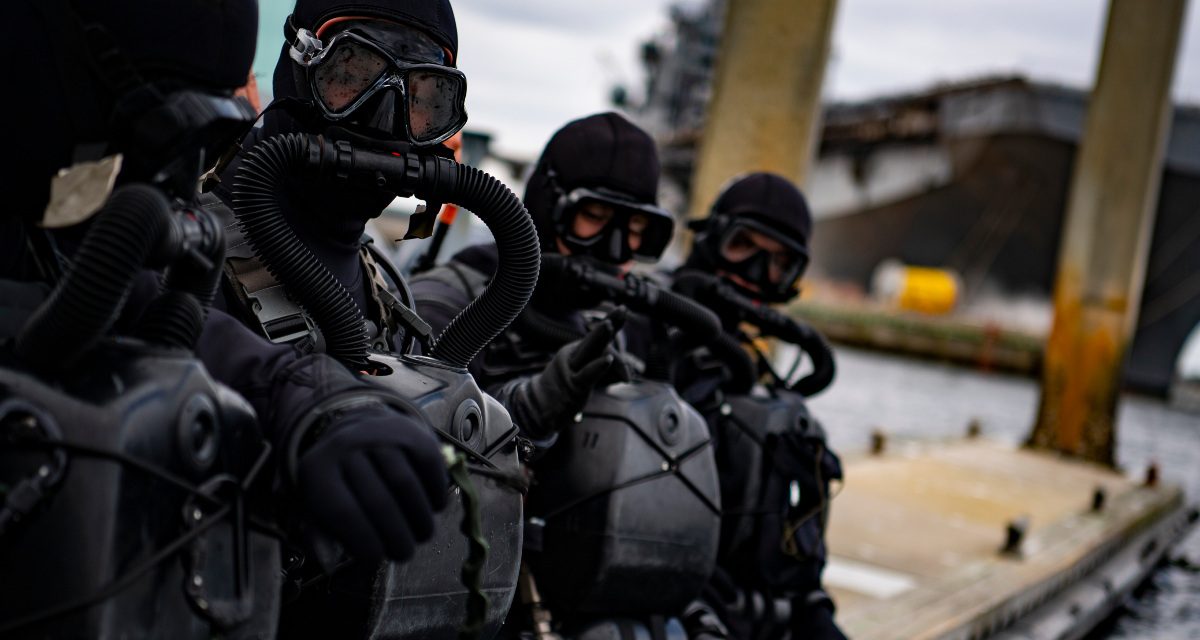 In 1863, a Confederate agent named Thomas Courtenay devised a new weapon designed to sabotage Union steamships. Covered in pitch and rolled in coal dust, the explosive device was designed to look like a piece of coal. Courtenay hoped that Union steamship crews would unwittingly toss the disguised explosive into a vessel’s furnace, damaging or destroying the ship. Despite the inventiveness of the so-called “coal torpedo,” however, its battlefield effectiveness during the Civil War remains inconclusive as Confederate records were deliberately destroyed at the end of the war.

Courtenay’s coal torpedo reflects the fact that state and nonstate actors alike have turned to sabotage operations throughout history with the aim of secretly disarming, obstructing, or destroying enemy war materiel or infrastructure. Often the forces conducting sabotage have been either intelligence organizations or what today we call special operations forces (SOF). During World War II, the US Office of Strategic Services (OSS) conducted myriad sabotage operations spanning multiple theaters and domains. The OSS Maritime Unit, in particular, pioneered many tactics and techniques that would later become integral to modern naval special warfare. But despite this robust history, over the past twenty years the SOF community has primarily focused on conducting counterterrorism and counterinsurgency operations on land.

Today, as the US military shifts priorities from counterterrorism to strategic competition, SOF have begun to rebalance to focus on both countering violent extremist organizations and competing with peer and near-peer actors. In light of SOF’s history with sabotage and recent renewed interest in the subject (strategic sabotage was listed as a priority research topic for the Joint Special Operations University in 2020, for example), the time is ripe for an analytical examination of the subject. Maritime sabotage operations in particular deserve further study given the growing importance of maritime regions from the Indo-Pacific to the Black Sea.

Third, the more complex the maritime sabotage operation, the more likely it was to fail. We determined complexity by assessing the sabotage force (whether the operation was joint or combined), the equipment employed, and the relative ease or difficulty of the mission itself. The most complex sabotage operations tended to be associated with a greater rate of failure or led to significant unintended negative consequences (such as friendly casualties). For example, the attempted German sabotage campaign against the United States during World War II was extremely complicated, involving landing multiple teams of saboteurs by submarine at various points along the east coast. That operation failed when several of the saboteurs turned themselves in to American authorities and revealed the details of the plot in an attempt to avoid punishment after being compromised during the initial landing.

In addition to these three trends, our analysis enabled us to make several observations regarding the historical employment of maritime sabotage. World War II represents a high-water mark for maritime sabotage, with almost half of the identified instances in our dataset occurring during that conflict. Relatedly, most instances of maritime sabotage occurred during periods of large-scale combat operations. While this may be partly a function of our reliance on open-source information, it suggests that outside of declared hostilities, acts of maritime sabotage may be considered overly provocative.

Finally, in most maritime sabotage instances, the force employed was composed of SOF or similar personnel. The maritime sabotage operations we examined often involved the use of combat divers to emplace explosives. During the failed Operation Algeciras in 1982, for example, rogue Argentine paramilitary divers sought to attach mines to a British warship in port at Gibraltar under the cover of darkness. Although foiled by local police and British intelligence (and perhaps an observant rental car proprietor who picked up on some sloppy tradecraft), the aim was an attack that would divert British naval resources from the Falklands. While the operation was unsuccessful, it underscores that sabotage operations typically require skill sets and capabilities that are most commonly found among SOF and SOF-like entities.

As the joint force explores new approaches for countering adversaries across the competition continuum, researchers and practitioners should not neglect the role of maritime sabotage. Three questions in particular should be a priority for further analysis moving forward.

First, there is no current official US Department of Defense definition for sabotage, even as sabotage has become an area of renewed interest for the military. This lack of a definition may serve as a limiting factor to creatively developing and employing sabotage operations in the future. As the DoD Dictionary of Military and Associated Terms notes, common terminology “enables the joint force to organize, plan, train, and execute operations with a common language that is clearly articulated and universally understood.” For our analysis, we defined sabotage as a mission (conducted via an individual act or as part of a campaign) to secretly disarm, obstruct, or destroy enemy war materiel or infrastructure for military advantage. DoD should consider whether this definition is appropriate for wider adoption. Grappling with these definitional questions will help policymakers better understand how sabotage operations might be employed in rapidly evolving security environments.

Second, the majority of maritime sabotage operations occurred during declared hostilities. Yet the United States is not currently in a state of large-scale combat operations, but rather an environment of day-to-day competition. DoD should therefore consider what role sabotage may play both in today’s environment, characterized by competition below armed conflict, and during periods of outright hostilities. Specifically, outside of large-scale combat operations, what additional military or political benefits and risks might sabotage operations entail? What authorities does DoD have to conduct such operations? And what potential escalatory effects might they have? Answering these questions will better prepare policymakers for the possibility of conducting sabotage operations in new and evolving strategic environments.

Third, the past two decades have witnessed the introduction of two new domains—space and cyberspace—into the DoD lexicon and command structure. Our dataset, being historical in nature, did not identify or examine any instances of cross-domain sabotage involving these new domains. In the future, however, cross-domain activities like those at the nexus of maritime and cyberspace will present great challenges and opportunities for the joint force. US policymakers should consider how to leverage maritime assets in support of sabotage across domains.

Sabotage is not a new concept. From Courtenay’s coal torpedo to Lawrence of Arabia and his indigenous partners’ sabotage of the Hejaz railway, sabotage has been consistently employed throughout history, with varying degrees of success. Today, if conducted successfully, maritime sabotage may be a way the joint force can challenge adversaries in both day-to-day competition and in large-scale combat operations. Yet sabotage also entails additional risks. Practitioners, policymakers, and researchers must think through the conceptual and practical challenges surrounding how sabotage operations could be employed before such operations become necessary.

Alexander Powell is an expert on SOF, terrorist group tactics, and counterterrorism. He has worked extensively on security issues in Afghanistan and has deployed there numerous times to conduct assessments of the Afghan National Defense and Security Forces. In 2017 Mr. Powell deployed with the Special Operations Joint Task Force–Afghanistan to help stand up the command assessment cell. His research on SOF has encompassed issues ranging from the strategic down to the tactical levels. This piece draws on an October 2021 Center for Naval Analyses report entitled “Maritime Sabotage: Lessons Learned and Implications for Strategic Competition” by Alexander Powell, Elizabeth Yang, Annaleah Westerhaug, and Kaia Haney.