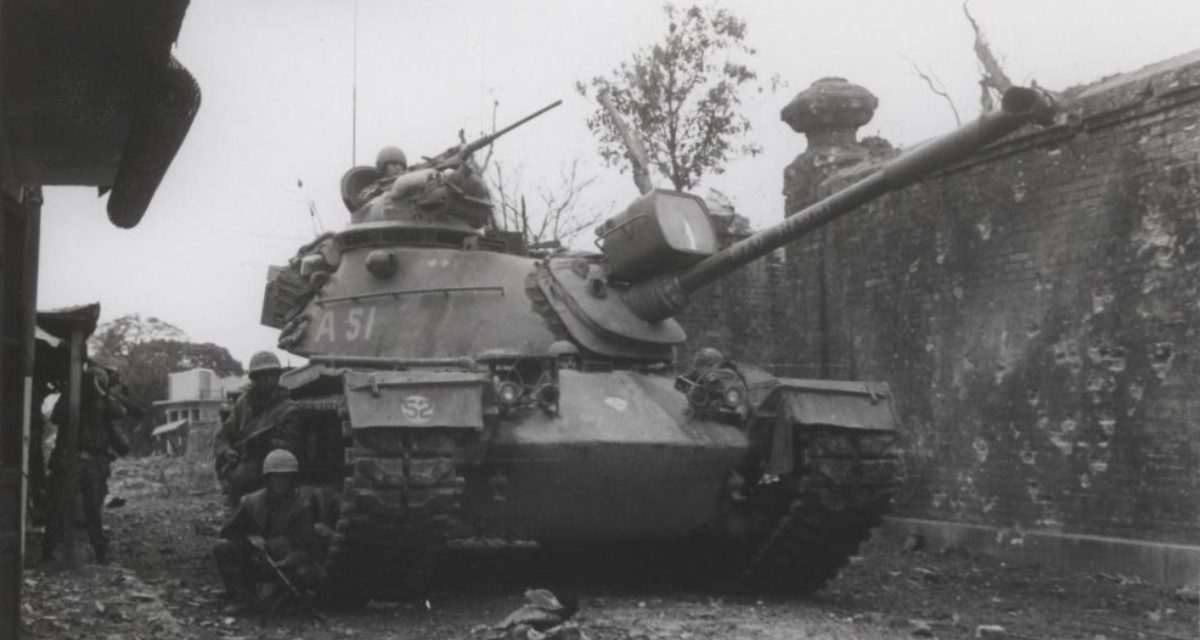 in January 1968, North Vietnamese Army and Viet Cong forces launched the Tet Offensive, a series of coordinated attacks aimed at demonstrating to the governments in Washington and Saigon that continuing the war was futile. One of the offensives chief targets was the city of Hue. The fighting that kicked off with the initial attack would last until early March, taking a heavy toll on both sides of combatants, noncombatant residents, and the city itself. But why was it so destructive? And more than a half century on, what lessons should we take from the battle as we prepare for a future of warfare that is increasingly likely to be urban? If military forces find themselves in a future battle like Hue, how can it be fought more effectively, more quickly, and with less damage to the city and its people?

Like previous case studies focusing on Stalingrad and Mosul, the Battle of Hue also plays an outsized role in the way the US military conceptualizes urban warfare. But, also like Stalingrad and Mosul, Hue was also a fundamentally unique battle in certain key ways, and the case study sheds light on the unique lessons that can be derived from it.

Read the Battle of Hue case study here, and be sure to watch the Urban Warfare Project for upcoming installments in the series.

Major Jayson Geroux is an infantry officer with The Royal Canadian Regiment and currently with 1st Canadian Infantry Division Headquarters. He has been involved in urban operations training for two decades and is an urban operations subject matter expert and urban warfare historian, having participated in, planned, executed, and intensively instructed on urban operations for the past seven years. He has served twenty-six years in the Canadian Armed Forces, which included operational tours to the former Yugoslavia (Bosnia-Herzegovina) and Afghanistan.