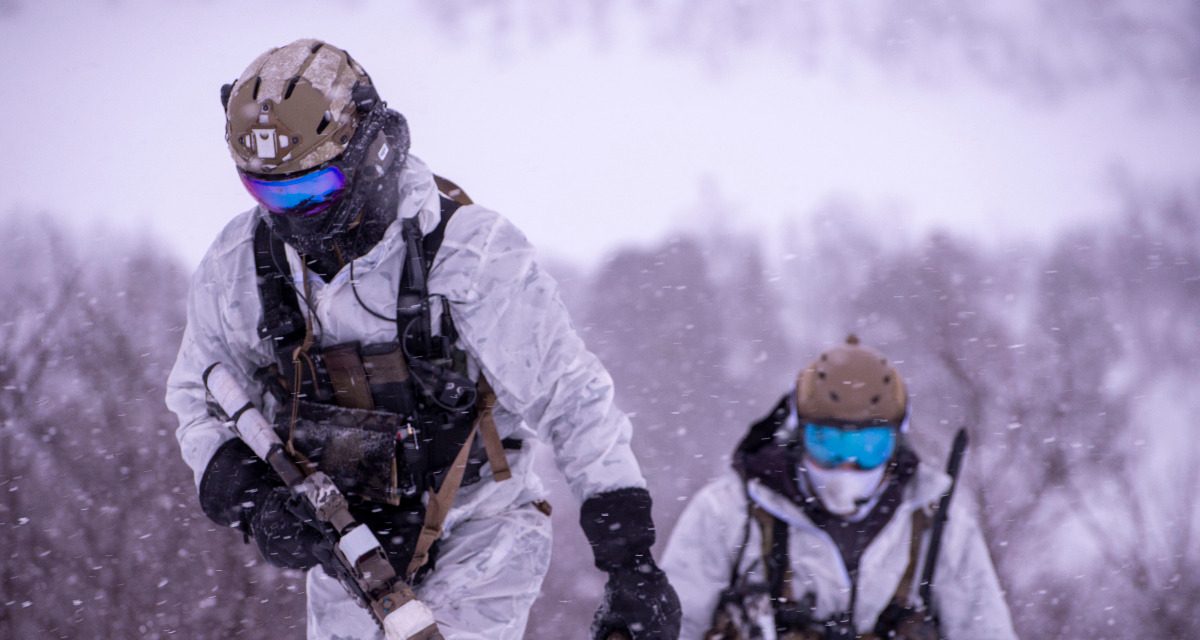 Editor’s note: The Modern War Institute’s Project 6633 and the US Army’s 10th Special Forces Group (Airborne) recently hosted an essay contest aimed at generating new ideas and expanding the community of interest for special operations in the polar regions. Participants were asked to address the following prompt: How can American special operations forces compete with near-peer adversaries in the polar regions? This essay, by Zachary Lavengood, was selected as one of two runner-up entries.

In the decades following the collapse of the Soviet Union the Arctic was largely a strategic and geopolitical afterthought. Too remote and environmentally hostile for anything but fishing, resource extraction, and indigenous economics, conventional military threats in the theater were improbable. In fact, Canadian General Walter Natynczyk told the Canadian Senate Committee on National Security and Defense in 2010 that, were the Canadian Arctic to be invaded, his “first challenge is search and rescue to help them out.”

In the decade since those comments, permafrost melted into swamps and the ice pack receded. Simultaneously, Russia refurbished and revitalized military infrastructure in the Arctic alongside combined economic investments with China. Unanswered, these Russian developments could shift the balance of power in the Arctic.

To close this gap, US special operations forces must establish a permanent detachment in Alaska. This detachment will facilitate rotational training deployments, while also forming the core of an Arctic special operations headquarters. Ft. Richardson’s littoral location, proximity to a diversity of Arctic environments, and existing support infrastructure make it an ideal location for such a detachment.

Beginning with rotational deployments to Ft. Richardson, special operations forces will synchronize with United States Army Alaska (USARAK) and Alaskan Command to close the gap by acclimatizing units. The psychological effects of midnight sun and polar night, environmental constraints on tactical deployments, and force-wide unfamiliarity with Arctic tactics including mobility, SERE, and logistics present significant challenges. Infrastructure already in use by USARAK, such as the Northern Warfare Training Center at Ft. Wainwright and the Black-Rapids Training Area will complement and enhance the depth of training of SOF. By acclimatizing, special operators will challenge adversaries who have not only significant expertise in Arctic warfare, but also emphasize this expertise as a facet of their military and national culture.

To facilitate rotational deployments and Arctic command and control, United States Special Operations Command must establish a headquarters and permanent detachment at Fort Richardson, Alaska. Situating the detachment at Fort Richardson will afford special operations forces shorter lines of communication, supply, and support when executing direct action, special reconnaissance, and information operations missions in the North American high north. This command will also modify existing complexes, such as the Northern Warfare Training Center at Ft. Wainwright and the Black Rapids Training Site, or develop new sites as necessary for special operations–specific requirements. Finally, establishing an Arctic special operations headquarters also sends a strong signal of resolve to both adversaries and allies that the United States is no longer the “reluctant Arctic power.”

Establishing a permanent US special operations presence in the American Arctic is a critical first step in meeting near-peer adversaries on equal footing in this important region. Such a headquarters will facilitate rotational deployments of special operations forces necessary to build Arctic competency, while also developing infrastructure crucial for training and operations in the high north. The decades of experience special operations forces have gained in other global theaters is not lost when applied in the context of the high north. However, this experience must be acclimated to Arctic realities in order to achieve its goals of protecting US assets and interests in the region.