Abundant Vulnerability: Why Military Millennials Might Be America’s Achilles’ Heel 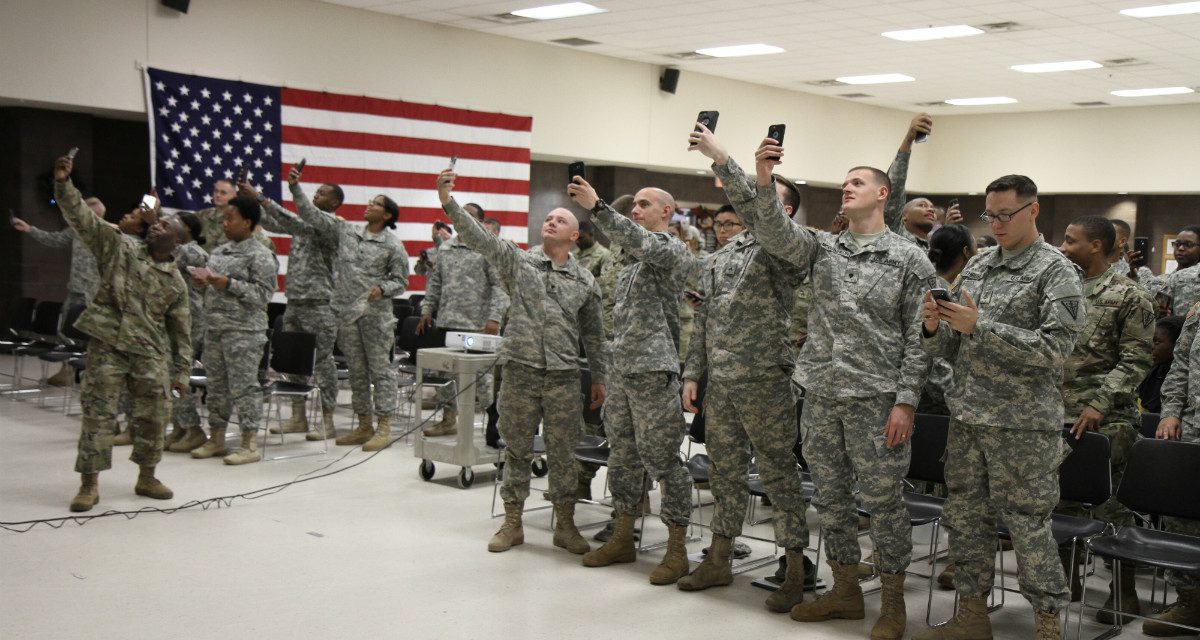 “Be strong enough to know when you are weak,” Gen. Douglas MacArthur once advised. But what matters more is to know how and where you’re vulnerable.

During the Cold War, the director of the US Office of Net Assessment, Andrew Marshall, found America had a “distinct and meaningful advantage” in that the “bulk of the Soviet forces were composed of conscripts” who were “poorly trained and lacking technical know-how.” Marshall’s insight was to use the Soviet soldiers’ relative deprivation against them. In a military based on a thoroughly mechanized, road-mobile doctrine, the fact that the average Soviet recruit didn’t grow up with cars provided a weakness to be exploited.

Today, America’s military suffers the inverse vulnerability—abundance. The average American recruit, typically of the millennial generation, has always had access to an overflow of information and resources; ubiquitous smartphones, plentiful cars and computers. In the age of information warfare, when the enemy threatens to hit the kill switch, this is America’s Achilles’ heel.

Not everyone sees it this way. Army Chief of Staff, Gen. Mark Milley, has said, “Our most valuable asset, our most significant asymmetric advantage inherent in the American military and the United States Army: We come from a society of improvisers, a society of innovators, tinkerers, problem-solvers, techno-savvy at early age, and independence of action comes natural to all Americans.” While this may be true of America writ large, or was at least true in the past, there’s ample evidence suggesting this statement doesn’t apply to the bulk of the generation now in uniform.

“Millennials may be the least entrepreneurial generation in American history,” writes David Brooks, reviewing Tyler Cowen’s book, The Complacent Class. Business owners under thirty have fallen 65 percent since the 1980s; patents are down 25 percent since 1999, relative to population; the percentage of seventeen- and eighteen-year-olds with driver’s licenses has dropped sharply. This generation is less innovative and pioneering than those that came before.

And there are signs millennials are less independent. Consider Roger Hart’s research on the “geography of children.” In the early 1970s, he spent years tracking the range and habits of grade school kids. He found that “between second and third grade” there was a boost “because they were permitted to ride bikes alone to a friend’s house or to a ball field.” By fifth grade, they were allowed “dramatic new freedom” to go just about anywhere “without checking in at all” (Note: this tracks with my own experience; as a ten-year-old, circa 1989, I was allowed to take the city bus twenty miles across town on my own and certainly without a phone.).

In 2004, Hart returned to the same town. He found most of his earlier study subjects, since grown up, and then asked to study their own kids as well as their habits in parenting the millennial generation. Hart found striking differences; the geography of childhood had shrunk to backyard size (“so they’ll be contained,” as one parent put it). The norms had shifted; parents got used to “always being close to their children, and didn’t like them going off.” Moreover, Hart reported, the kids were “so used to having their lives organized by their parents.” This is how many millennials grew up.

Also, while it is true that millennials, as “digital natives,” are tech-savvy—they are also equally tech-dependent. A recent Nielson report found that 97 percent of Americans aged eighteen to thirty-four had access to smartphones; use has become “second nature.” Most won’t travel across town without their iPhones.

Why is this abundance and dependence a problem? For starters, it deviates from historical norms, so Americans are apt to fail to recognize this growing vulnerability.

Second, it gives near-peer competitors a weakness to exploit. Russia’s shown it can shut down phones and airwaves, and failing at this type of electro-magnetic spectrum warfare is punctuated by Gen. Milley’s favorite new catchphrase: “if you emit, you die.” That’s a problem when your army is filled with folks who “emit” 97 percent of the time (and can’t imagine not emitting).

It also gives sub-peer competitors a comparative advantage. You know that satellite image of North Korea and South Korea at night? The one that shows how dark it is in the north—meant to convey the message that the North Koreans are backwards and live in the Stone Age? Imagine the North Koreans fired an electro-magnetic pulse (EMP) shot, a capability they certainly possess—shutting down every single electric US and allied asset on the Korean Peninsula (including computers, weapons, tanks, ships, planes, communications gear . . . nearly everything except bayonets). With one shot, the North Koreans can pull everyone into an arena where they have an edge.

The good news is the military is starting to come to grips with non-traditional problems, like the potential loss of communications, through new concepts (e.g., “multi-domain battle”).

But the dirty secret is that even if the United States builds the right playbook, it still might not compensate for the millennial generation’s inability to execute. The United States might desire to be ready to fight “naked,” (e.g., reduce electronic signatures like submarines in enemy waters)—but might not have the team to run this play.

Unfortunately, this vulnerability doesn’t get nearly enough attention. And sometimes, what you don’t care about might get a lot of millennial soldiers killed.