Achieving Information Dominance: What We Can Learn from “SOF Effects Cells” 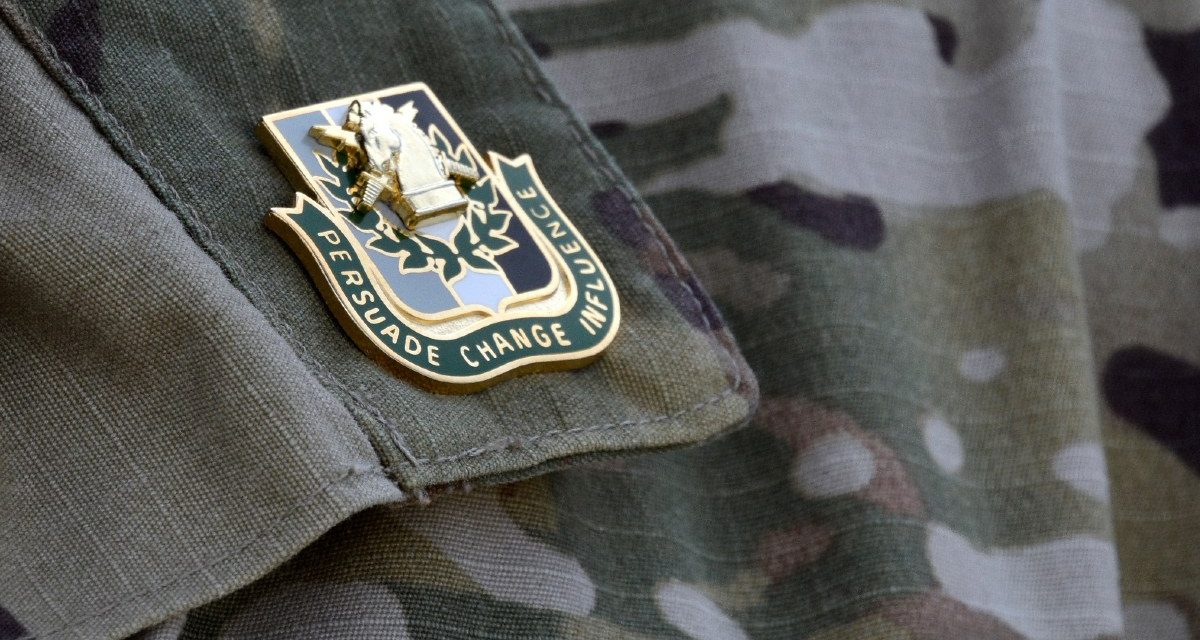 “We are in a war of ideas.” This is how Murray Dyer, in 1959, described the standoff between the United States and its allies and their Soviet-led adversaries. While some of those adversaries have changed, the war of ideas and the weaponization of information in both times of peace and times of war remain—and have continued to evolve.

The term “information warfare” has become an inseparable component of both the operating concept of Multi-Domain Operations and the more general large-scale combat operations that the US military is increasingly preparing for—as the United States enters a new period of great power competition. The term itself predates the period, appearing increasingly in the early 1990s. Its widespread usage since then speaks to the need for the United States to more readily acknowledge the current threat environment. That acknowledgement must also include lessons learned from the recent conflicts—among which are the importance of flat organizations, Red Team concepts integrated into small teams, and a little-known entity called the special operations forces effects cell.

Special operations forces (SOF) organizations throughout the Army have learned lessons that could benefit the US military’s shift toward Multi-Domain Operations and leverage information warfare capabilities. The Army’s Civil Affairs (CA) Regiment has discussed the need for additional knowledge-management tools, and the Psychological Operations (PSYOP) Regiment has established sections to begin addressing the requirements for continuity, achievable effects, and conflict within the information environment that may be further operationalized and empowered.

There have also been multiple opportunities for SOF organizations to cooperate. Civil Affairs (CA) human network analysis teams and their efforts within CA organizations complement PSYOP’s target audience analysis process and authorities. Similarly, CA and PSYOP are not as constrained to foreign internal defense and unconventional warfare as Army Special Forces (SF) are, providing Army SOF a broad base of capabilities when CA, PSYOP, and SF operate as a collective.

What are SOF Effects Cells?

Not to be confused with fires effects cells, the goal of SOF effects cells is often to foster nontraditional solutions by gathering SOF personnel into a single section, split up into multiple teams, often with other personnel from information-related capability organizations.

Effects cells are normally detachment-sized elements, designed to function as miniature information warfare task forces tasked with either measuring the information environment or achieving effects, with a focus on synchronized efforts across the range of information-related capabilities.

They have performed especially well when empowered by commanders who understood the importance of incorporating influence effects into their operations, while simultaneously having the right mix of adaptable personnel to implement the desired effects.

In 2015, Congress approved the authority and funds to train and equip vetted Syrian forces. This also included nonlethal support to enable these forces’ operations and build their own indigenous media capabilities. For this reason, the Combined Joint Special Operations Task Force – Syria stood up its first Joint Effects Group (JEG).

The JEG was initially an ad hoc group created by the 5th Special Forces Group staff. The section concentrated on optimizing joint doctrine to a battle rhythm, implementing information operations and civil-military operations working groups, and developing targeting meetings that fed into a Targeting Working Group.

The result was a mix of partner-nation effects with PSYOP, CA, electronic warfare, and public affairs operations all synchronized at the tactical level. It was initially developed within the group headquarters element but transitioned to a section within the group’s 4th Battalion in 2016.

A similar initiative took shape a couple years later in 4th Battalion, 3rd Special Forces Group, where an effects cell was established. This section was a seven-person team of PSYOP, CA, and SF personnel, a mix of officers and enlisted, all with previous team time. The intent of the section—which deployed to the Middle East—was to develop a means of optimizing the PSYOP and CA billets within the SF group in such a way that would provide resourced and empowered results.

Similar undertakings occurred elsewhere in the SOF community. In 1st Battalion, 8th Psychological Operations Group, a team was stood up that was dubbed the PSYOP publicly available information exploitation cell, or PPEX.

An important aspect of the implementation of the PPEX was its battle rhythm, which facilitated creativity and freedom of information by adopting several Red Team concepts. The PPEX began collaborating with a prior Red Team facilitator who was serving as an anthropologist attached to the larger mission, which led to even further Red Team concept integration.

During each day the teams would practice a “discovery” phase, which entailed gathering relevant material from the information environment. That phase intentionally did not include the OIC or the NCOIC in order to embolden subordinate experts to flex their training and imagination. At the midpoint of the day the teams briefed both the OIC and NCOIC, who then issued guidance, set priorities, or restructured the teams based on the metrics, sentiments gathered, and guidance from higher echelons.

Just like 1959, we are in a war of ideas. For the US military to operate effectively in that war, there is a growing need to facilitate flatter organizations, capable of empowering personnel to accomplish missions that require the sharing of expertise. The SOF effects cell is a strong proof of concept of that type of organization.

So far, effects cells have been largely personality-driven: the right group of people at the right time, with the right effects. However, there will be a need for all SOF components to feed personnel in a sustainable way into future iterations of these effects cells.

One way to do that would be to develop military occupational specialties within both the PSYOP and CA Regiments designed to bring people with the right knowledge and skills into effects cells. Such efforts would also facilitate intermixing of SF, CA, and PSYOP personnel as they develop cross-functional teams.

Regardless of the specific steps taken, the goal is clear: achieving information dominance through Multi-Domain Operations. As the US Army considers ways to do so, the lessons from the effects cells offer a compelling starting point from which to build future developments and capabilities.

Maj. Ashley Franz Holzmann is an Army PSYOP officer. He graduated with a BS in Sociology from West Point in 2009 and a Master of Military Art and Science from the Command and General Staff College in 2020.

Maj. Assad Raza is an Army Civil Affairs officer. He graduated with a BA in Psychology from the University of Tampa in 2004, an MA in Diplomacy from Norwich University in 2014, and a Master of Military Art and Science from the Command and General Staff College’s Western Hemisphere Institute for Security Cooperation program in 2015, where he was the recipient of the General Dwight D. Eisenhower Award.

Capt. Robert K. Kava is an Army PSYOP officer. He graduated with a BS in Law from West Point in 2012.