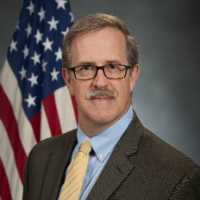 Mr. Al Mauroni is the Director of the US Air Force Center for Strategic Deterrence Studies at Air University, Maxwell Air Force Base, Alabama. He has more than thirty years’ experience in Department of Defense counter-weapons of mass destruction policy and program development. In his current position, he oversees the development and execution of Air Force education, research, and outreach initiatives relating to counter-WMD and nuclear deterrence operations. Over his career, he has worked counter-WMD issues for the US Air Force, US Army, Defense Threat Reduction Agency, and Joint Chiefs of Staff. This has included supporting the initial stand-up and management of the DoD Chemical-Biological Defense Program; executing aspects of the DoD Domestic Preparedness Program; supporting counterproliferation policy and budget analysis for the Joint Staff J5 and J8; establishing the Joint Requirements Office for CBRN Defense; facilitating federal-state coordination within the Chemical Stockpile Emergency Preparedness Program; executing DTRA’s non-medical CB defense science and technology research portfolio; and developing Air Force counter-WMD operational concepts.

Mr. Mauroni served as a U.S. Army chemical officer for seven years before leaving active duty in 1992. He holds a master’s degree in administration from Central Michigan University and a bachelor’s degree in chemistry from Carnegie-Mellon University. He is the author of eight books and numerous journal articles. His latest book is Countering WMD: Assessing the U.S. Government’s Policy (Rowman-Littlefield, 2016).