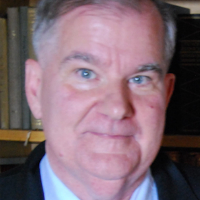 Bruce Ivar Gudmundsson is an historian who studies innovation in contemporary land forces and the way that the armies of the last two centuries have dealt with the challenges and opportunities of radical change. His books on this subject include Stormtroop Tactics, On Artillery, On Armor, and (with John English) the second edition of On Infantry. Dr. Gudmundsson is also the author of a pair of books about the British Expeditionary Force of the First World War, Marine Corps Doctrinal Publication 4: Logistics, and the concept paper Operational Maneuver from the Sea. His most recent major article, “The Education of the Enlightened Soldier,” is the first in a planned series on the use of the applicatory method in professional military education.

Dr. Gudmundsson served in the United States Marine Corps Reserve for twenty years, eight of which were spent on active duty. Rising in rank from private to major, he served as a truck driver, logistician, and infantry officer. In 1989, he was recalled to active duty to design the curriculum for the School of Advanced Warfighting. Since then, he has taught at the Marine Corps University in Quantico, the Army War College, Oxford University, Dickinson College, and the Royal Military Academy at Sandhurst. He currently teaches a course, called “Cases from Clausewitz,” at the Yale Alumni College.

Dr. Gudmundsson is an enthusiastic proponent of the use of decision games, and, in particular, decision-forcing cases, in both military and civilian education. He has taught workshops in the case method for many schools and operational units of the armed forces of the United States, the United Kingdom, the Netherlands, Norway, Sweden, Finland, Estonia, and Latvia, as well as for private companies in the field of civil aviation.