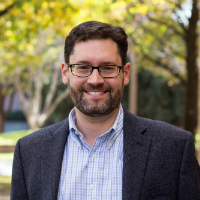 Ronald R. Krebs is Beverly and Richard Fink Professor in the Liberal Arts and Professor of Political Science at the University of Minnesota. He is the author most recently of Narrative and the Making of US National Security (Cambridge University Press, 2015), which won the 2016 Robert L. Jervis and Paul W. Schroeder Best Book Award in International History and Politics and the 2016 Giovanni Sartori Book Award, for the best book developing or applying qualitative methods, from the American Political Science Association. Ron Krebs is co-editor of the forthcoming Oxford Handbook of Grand Strategy, co-editor of “Rhetoric & Grand Strategy,” a special issue of Security Studies (2015), co-editor of In War’s Wake: International Conflict and the Fate of Liberal Democracy (Cambridge University Press, 2010), and author of Fighting for Rights: Military Service and the Politics of Citizenship (Cornell University Press, 2006). His writings on a wide range of subjects in global affairs and international security have appeared in both scholarly and general-interest journals, magazines, and websites—including Foreign Affairs, Lawfare, The National Interest, the Washington Post, and Slate (for a complete list, see his website). Ron Krebs has been named a Fulbright Senior Scholar to Israel (2012), as well as Scholar of the College of Liberal Arts (2017–2020) and a McKnight Land-Grant Professor (2006–2008) at the University of Minnesota. He currently sits on the editorial boards of Security Studies and the Journal of Global Security Studies.