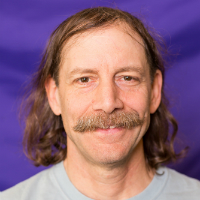 William Reno is a Professor of Political Science at Northwestern University where he specializes in the study of the causes of political violence, comparisons of conflict in Africa with warfare elsewhere, the organization and behavior of insurgent groups, and the politics of authoritarian regimes. Professor Reno is the author of Warfare in Independent Africa (Cambridge University Press, 2011), Warlord Politics and African States (Lynne Rienner Publishers, 1998), Corruption and State Politics in Sierra Leone (Cambridge University Press, 1995), and numerous chapters in edited volumes to include “Crime versus War” in The Changing Character of War (Oxford University Press, 2013). He has almost thirty years of field work experience conducting research and interviews in conflict zones, publishing articles on warfare in dozens of journals to include: Civil Wars, Third World Quarterly, International Peacekeeping, Current History, Contemporary Security Policy, Dædalus, PRISM, SWJ, CTC Sentinel, Defence Studies, and The American Historical Review. He has a BA from Haverford College, MA from the University of Chicago, and PhD from the University of Wisconsin.