After the Abraham Accords: What Next? 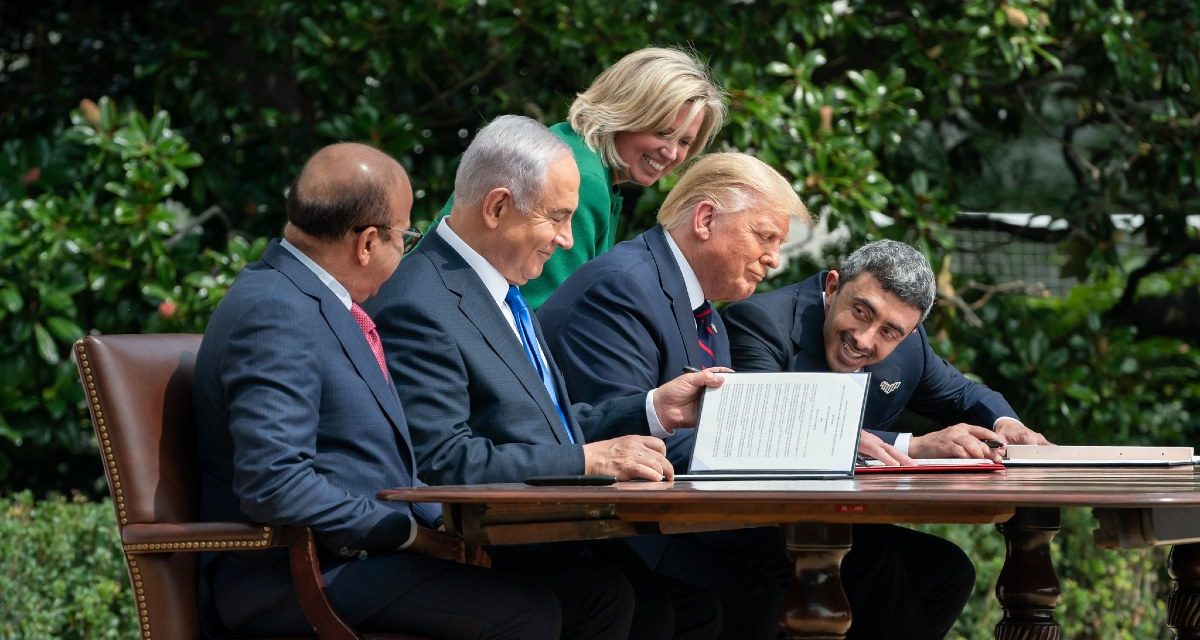 The end of 2020 saw a number of important developments in the long-lasting Arab-Israeli conflict. These began in September 2020, with the signing in the White House of the Abraham Accords—formally the Treaty of Peace, Diplomatic Relations and Full Normalization between the United Arab Emirates (UAE) and the state of Israel—which explicitly aimed to foster development and prosperity through cooperation in various civilian fields: health, agriculture, tourism, energy, environment, and innovation. Bahrain would join the Abraham Accords soon after, announcing it as the Declaration of Peace, Cooperation, and Constructive Diplomatic and Friendly Relations. They were followed by announcements in October and December 2020 of similar normalization agreements with Sudan and Morocco, respectively. There are reports in the media that other Arab states, including Saudi Arabia, may join follow suit.

None of the Arab states joining the accords (both current and prospective) share a border with Israel, nor has any participated in combat against it in any of the seven Arab-Israeli wars fought between 1948 and 2006 (except for Morocco, briefly, during the October 1973 war). Also, Israel’s political relations with these countries prior to the accords were not the same across the board. Relations ranged from overt hostility (e.g., Sudan) to no relations (e.g., the UAE and Bahrain) to short-term diplomatic relations at the level of liaison offices (e.g., Morocco, 1995–2000). Nevertheless, this series of agreements is historic, as it is only the third instance of normalization between Israel and its Arab neighbors (following Egypt in 1979 and Jordan in 1994) and embodies a rare renunciation of hostility in the conflict-torn Middle East.

Besides advancing bilateral economic and technological cooperation among the parties, the Abraham Accords have several implications for US security in the Middle East, including US arms sales and Iran’s hegemonic ambitions in the region, as well as implications for the nearly century-long Palestinian-Israeli conflict. The implications of the accords for US security in the Middle East, as well as for the Palestinian-Israeli conflict, should be seen through the lens of how it reshapes and solidifies the alignment system governing the region, knowing that the accords themselves are the latest in a series of developments in this alignment system that started in the mid-1990s.

This report provides a more coherent account of the accords, with a focus on the regional impact—that is, on the alignments and alliances in the Middle East—and its implications for US policy in the region.

Amr Yossef is a fellow at the Modern War Institute who researches Middle East politics and security, with a particular focus on conflict, war, the military, and foreign policy decision making.