Al-Shabaab and the Grim Realities of Somalia’s Forever War 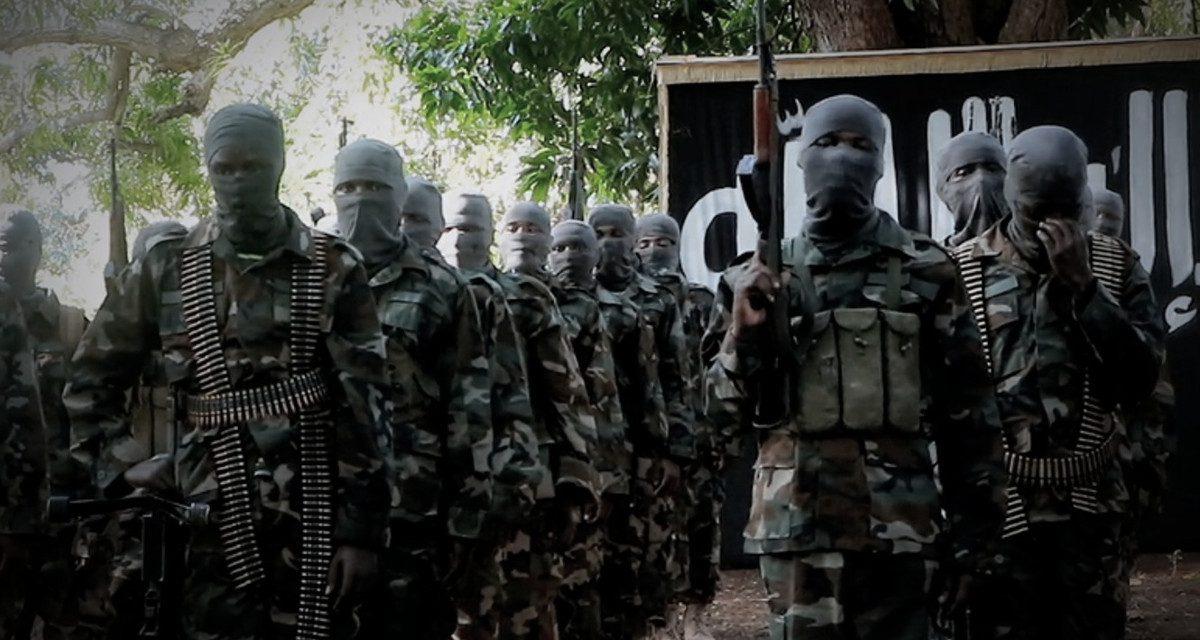 Mary Harper, Everything You Have Told Me is True: The Many Faces of Al Shabaab (Hurst, 2019)

Despite over a decade of international military interventions, the al-Qaeda-affiliated terrorist group known as al-Shabaab remains the most capable extremist organization on the African continent. On October 30, the group served up a deadly reminder of its continued relevance when it detonated a bomb in Mogadishu that killed over one hundred civilians.

Mary Harper’s Everything You Have Told Me is True: The Many Faces of Al Shabaab represents a sobering but original contribution to our collective knowledge of Somalia and al-Shabaab. Harper shows a side of the war-torn country that eludes most Western observers. Everything You Have Told Me is True centers its narrative on ordinary Somalis and their three-decade tragedy while avoiding the tropes that plague many outside views on the subject.

Harper, a BBC journalist and longstanding Somalia watcher, builds on her previous work, Getting Somalia Wrong, a valuable 2012 book on Western misperceptions of the country. Her decades-long relationships on all sides of Somalia’s war enable her methodology in Everything You Have Told Me is True of pathbreaking interviews, including with populations often overlooked by or inaccessible to foreigners, such as Somalis deported from Western countries, women, and those struggling with mental illness. These interactions with individual Somalis represent a true strength of the work. Over one-third of Somalis reportedly suffer from post-traumatic stress from years of violence and war. Harper expertly illustrates how “living with intense violence affects” the lives of ordinary Somalis “in profound, enduring, and unexpected ways.”

Everything You Have Told Me is True offers fascinating insights into the “many faces of al-Shabaab.” The most haunting are the group’s hardcore members, who Harper labels “the ideologues.” This includes sleek, English-speaking propagandists who methodically call Harper to report the grim totals of their attacks or to recount their knowledge of her movements within areas ostensibly controlled by the government. In one such episode, an al-Shabaab member described to Harper her every movement during a visit, including what type of chips she ate. Harper’s response, “Everything you have told me is true,” serves as the book’s title and a chilling reminder of the group’s power.

Harper effectively highlights al-Shabaab’s transnational links as an al-Qaeda affiliate that previously conducted, and continues to plan, external terrorist attacks beyond Somalia’s borders. As she aptly notes, “Events in the country can no longer be brushed aside as internal Somali problems.” Vegas rules do not apply—what happens in Somalia doesn’t stay in Somalia.

While religious extremists lead the group and direct its most deadly operations, Harper captures why ordinary Somalis join the organization. “Nationalists,” those motivated by a desire to resist the 2006 US-backed Ethiopian invasion of the country, as well as subsequent international interventions, make up a significant portion of the group’s members, as research by Harun Maruf, Dan Joseph, Paul Williams, and Stig Hansen previously illustrated. In one telling interview, an al-Shabaab member told Harper how he joined the group because it “was the best option available to fight back against the Ethiopian invaders.”

Throughout the book, Harper insists that al-Shabaab “is not a black-and-white phenomenon.” Decades of insurgency and unrelated clan violence, she notes, have left the movement with many members with “multiple identities” and complex relationships. Harper aptly notes how “prejudice” and “cruelty” toward Somalia’s minority clans (those not represented in the “big four” Somali clans: Darod, Dir, Hawiye, and Rahanweyn) drove many to embrace the protection and status provided by al-Shabaab.

Economic necessities and incentives, both within Somalia and the region, also draw many to join, or at least interact with, the group. Al-Shabaab’s efficient tax apparatus extends into areas ostensibly under the government’s control, such as Mogadishu’s famous Bakara market. Al-Shabaab reportedly collects nearly as much tax revenue as the government itself. Meanwhile economic exchanges in food, charcoal, sugar, and other goods continue between government and insurgent held areas, providing further sustenance to the group. Despite regional and international efforts to curb al-Shabaab’s international revenue streams, trade in goods from areas controlled by the group also continues with neighboring countries such as Kenya. This “trading with the enemy” behavior is not unique to al-Shabaab—a wide body of political science research by Mariya Grinberg, Katherine Barbieri, and others shows that wartime enemies often continue to trade with each other—but it represents just one of many ways Somalia and its neighbors perpetuate the violent status quo.

As recent clan rebellions in the Hiraan region and popular backlash against al-Shabaab’s car bomb campaign in Mogadishu indicate, al-Shabaab remains unpopular in many areas. Harper captures this genuine dissatisfaction with the group, while avoiding hyperbolic or generalized claims. While the group contains seven thousand to nine thousand members, according to US State Department estimates, al-Shabaab’s unrelenting violence and indiscriminate targeting of civilians have alienated some formerly sympathetic or neutral Somalis.

Yet despite these weaknesses, al-Shabaab remains resilient. While Everything You Have Told Me is True was published in 2019, little has changed since then to effectively challenge Harper’s pessimistic assessment. Despite concerted international efforts for more than a decade, including a US campaign that brought American special operations forces and airpower to the region, al-Shabaab maintains territorial control over vast swaths of central and southern Somalia.

A quick glance at the map provides even a casual observer a sense of the difficulties involved. Government controlled areas resemble city-states, small ink spots of influence, disconnected by vast swaths of insurgent control in the central and southern portions of the country. Connecting those dots is easier said than done given the country’s vast size—the distance from the Gulf of Aden to the Kenyan border is longer than that from New York City to Tallahassee, Florida—to say nothing of the country’s nonexistent infrastructure. The woeful state of the Somalia National Army (SNA) renders this task even harder. While foreign-trained commando units, backed by American advisors and airpower, have proven to be a capable offensive force, the SNA remains unable to hold many captured areas without international assistance.

Most Somalis are caught somewhere in between the diehards in this East African forever war. More than just a guerrilla or terrorist force, al-Shabaab maintains formidable conventional military capabilities to take and hold terrain in pitched fighting. Over the past decade of war, the group has repeatedly demonstrated the ability to overrun fixed SNA and AMISOM (African Union Mission to Somalia) positions, deal deadly blows to elite US forces, and disrupt international military efforts to link Somalia’s major cities to Mogadishu by land.

While military affairs are not the book’s focus, Harper aptly highlights the lucrative political economy of insecurity that the conflict has fostered. In one of the book’s final chapters, dubbed “The Industry,” she draws on the extensive research by Alex De Waal, Ken Menkhaus, and others on the business of permanent conflict and the litany of corruption this security complex has engendered. “Many Somali businesspeople and politicians,” Harper astutely notes, “currently stand to profit more from war than peace.” One of the book’s most compelling sections outlines how Western donors’ obsession with faddish “Counter-Violent Extremism” programs dumped millions into unaccountable projects with little oversight and no discernable impact on anything except the wallets of those involved.

However, Harper’s examination of the kaleidoscopic international military interventions in Somalia leaves the reader seeking more. While she profiles some Western security contractors working profitable, if solitary, existences in the Mogadishu International Airport complex, the book does not attempt a serious examination of the limitations of international interventions and the failure to build a capable SNA. She mentions “the confusion of forces fighting Al Shabaab,” but abstains from serious analysis of how this wide array of foreign military actors—which includes AMISOM, non-AMISOM contingents from Kenya and Ethiopia, Turkish trainers, Emirati and Qatari actors, European Union military trainers, and American special operations forces—has hindered the effective development of the SNA.

The book’s focus on al-Shabaab and underexamined groups in Mogadishu also leaves key actors, and victims, in Somalia’s war unexamined. One group that deserved more attention were Somalia’s six diverse member states, whose Darweesh (militia) have experienced some successes against al-Shabaab, despite fierce feuds with the federal government in Mogadishu. The reader is also left asking questions about the Somalis who chose to fight against the group, both in government and militia groups. Who are these people, what motivates their war, and how do they perceive both al-Shabaab and the international efforts against the group? Finally, while Harper briefly discusses what she calls America’s “arm’s length” intervention in Somalia, she abstains from a serious analysis of America’s shadowy war and the trade-offs involved in this light-footprint approach.

Many of these gaps are understandable, given the dire security situation in the country. Reporting from certain areas remains extremely dangerous. As a result, Everything You Have Told Me is True remains a Mogadishu-dominated narrative, and the book would have been strengthened by telling the story of rural Somalis, particularly those in the fiercely contested battlefield areas such as the Shabelle and Juba River valleys. What do they think of al-Shabaab, the SNA, African Union forces, and America’s increasingly lethal campaign of airstrikes?

These gaps notwithstanding, Harper greatly enhances our understanding of al-Shabaab and Somalia’s tragic war. While Harper agrees that selective negotiations with the group—or portions of it—represent the best way forward, she concludes that Somalia’s war will likely grind onwards. Al-Shabaab’s core leadership remains determined to achieve its goals by outfighting, out-governing, and outlasting its disorganized and often unmotivated opponents. Ultimately, she concludes, “many people, Somali and non-Somali, are benefiting from the status quo,” making war more profitable than peace. Harper’s humbling conclusion offers few suggestions, only an appropriately grim reflection on Somalia’s harsh and enduring realities.

Sam Wilkins is an active duty US Army Special Forces officer with deployments to Somalia, Nigeria, and Afghanistan. Sam is a term member at the Council on Foreign Relations, served as a 2021 Next Generation National Security Fellow at the Center for New American Security, and holds an MA in international affairs from Johns Hopkins School of Advanced International Studies.