All Strategies Short of War: Getting the Most Out of the Gray Zone 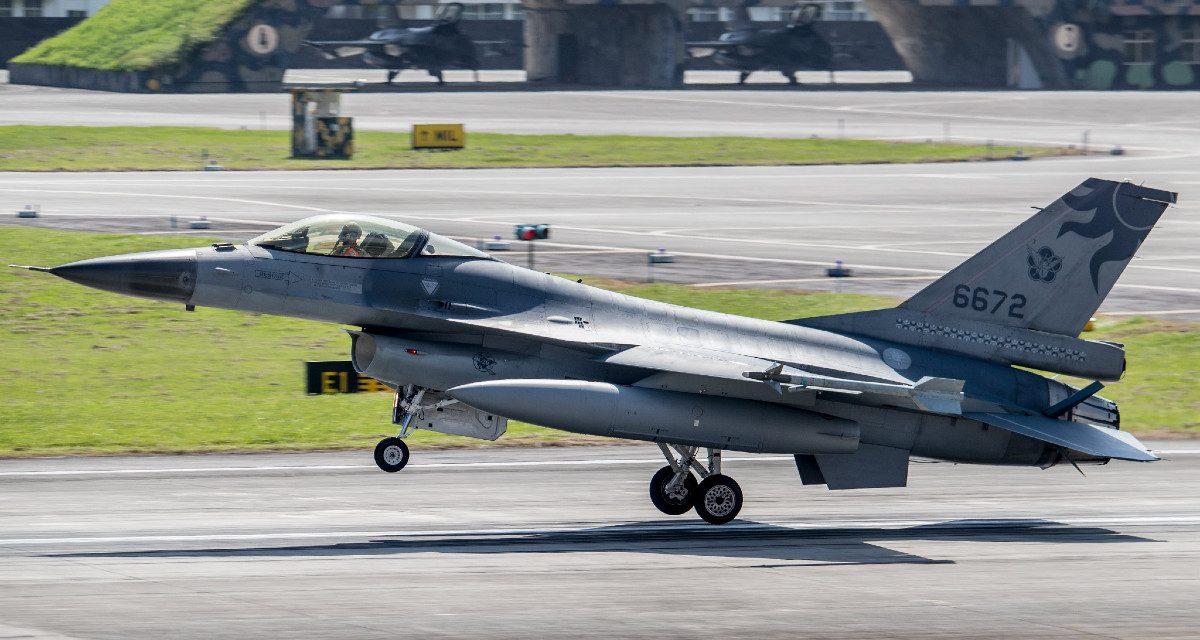 Even as open warfare has returned to Europe, states will continue to compete aggressively below the threshold of hot war. Campaigns that are persistent, fall short of warfare, and involve a panoply of state tools feature prominently in both the US 2018 National Defense Strategy and the United Kingdom’s 2021 Integrated Operating Concept. The latter is notable for making the goal of persistent campaigning a key military function and incorporating into the military’s lexicon the objective of constraining rivals without resorting to war. So-called subthreshold activity has become a core military function.

Yet as widely discussed as subthreshold competition is, it remains poorly defined. Strategists have an unhelpful tendency to define it either by the use of tools that are more deniable or less visible than traditional military action or by conflating it with the strategic gradualism seen in theaters such as the South China Sea. This is a mistake. Definitions based on the methods used by specific parts of a government cannot guide campaigns that coordinate tools from across the government. And conflating subthreshold competition in general with the specific characteristics of individual conflicts obscures the range of objectives that states have historically sought by means short of open war.

To compete effectively in the subthreshold space, policymakers need a better understanding of what they are dealing with. As I show in a recent report, subthreshold campaigns exist alongside other military and diplomatic options, from engagement to warfighting, and can have several plausible objectives, from eroding another state’s capacities to preparing the ground for a hot war. And such competition is not limited to obscure, or deniable, tools. Traditional military forces can play a crucial role. A proper understanding of subthreshold competition, one based on ends rather than means, will allow governments to coordinate action and set realistic objectives in the gray zone.

Setting the Threshold for War Is a Strategic Choice

The exact point at which subthreshold activity ends, and war begins, is not set in stone. Much existing work begins from the assumption that the West’s adversaries have gained an advantage by keeping confrontations just below the threshold that would cause a war to break out. Yet there is no objective yardstick to determine which actions will provoke a military response, and which will not.

The most tempting definition of subthreshold activity is competitive behavior that does not involve the use of lethal force. But in recent decades, states have on many occasions used kinetic force against each other without entering a state of war. Notable among these are reported clashes between US forces and Russia’s Wagner Group in Syria and an airstrike by Russian planes on Turkish soldiers in Syria. And there is ample precedent for states to treat acts that did not involve the use of force as a basis for war. Nations have, for example, threatened war against states that host hostile nonstate actors and have responded to economic coercion with military force. The lack of consistent patterns of behavior defies efforts to define the boundaries of subthreshold competition in objective terms.

Instead, these boundaries are the product of strategic choices by the states involved. Consider the analogous cases of the 1965 Pleiku attacks, in which North Vietnamese forces struck a US helicopter base in South Vietnam, and recent attacks on American facilities in Iraq by Iranian proxies. The United States treated the former as a basis for open war while the latter have become part of a wider pattern of low-level competition between Iran and the United States and its regional allies. The difference lies in the wider strategic context. In 1965, the United States had already decided to go to war. As National Security Advisor McGeorge Bundy later commented, “Pleikus are like streetcars”: once the decision to go to war had been made, a justification would come along sooner or later. By contrast, because open warfare is in no party’s interest in the Middle East, a range of analogous acts have been grandfathered into subthreshold competition.

The subthreshold space, then, is a flexible concept. Its boundaries exist due to tacit agreement by the contestants and are the subject of a parallel competition to define them on terms favorable to one side. Take the India-Pakistan rivalry. India, the conventionally stronger actor, wishes to lower the threshold at which it can escalate to open warfare—thus rendering acts such as proxy warfare and terrorism above the threshold. For its part, Pakistan wishes to expand the scope of subthreshold competition by threatening to respond to an Indian conventional escalation with weapons of mass destruction. Pakistan needs to deter India from treating its support for proxies as anything other than subthreshold activity.

This dynamic, whereby the conventionally weaker nation seeks to expand the subthreshold space by deterring the other party from framing provocations as acts of war, can be seen elsewhere. Consider the 2010 sinking of the South Korean navy ship, the ROKS Cheonan, and the shelling of Yeonpyeong Island by North Korea, or Iran’s provocations in the Persian Gulf. In each case, the target was convinced to treat the attack as below the threshold for open war by the prospect of catastrophic escalation—with weapons of mass destruction or artillery emplaced near Seoul in the case of North Korea and missile raids on key infrastructure and the closure of the Strait of Hormuz in the case of Iran.

The overarching trajectory of the relationship between two nations also affects how they frame certain actions. The Nixon administration could mine Haiphong harbor—and risk killing Chinese and Soviet sailors—because the wider dynamics of détente gave both China and the Soviet Union a stake in their relationship with the United States and thus an incentive to treat the act as competition rather than war. In 1941, by contrast, Japanese leaders treated US sanctions—a decidedly nonkinetic tool—as a casus belli. They believed Japan’s relationship with the United States had deteriorated irrevocably and felt that delay would only ensure war on unfavorable terms. The contours of the subthreshold space, then, are something policymakers must define and enforce as a strategic choice—and they have incentives to define them differently when interacting with different opponents or, indeed, the same opponent at different times.

What Subthreshold Campaigns Can Do

Erosion, the most widely studied of the four goals, typically entails undermining an adversary’s capabilities or will. Consider the People’s Liberation Army Air Force’s drumbeat of incursions near Taiwan, which requires the Taiwanese air force to scramble jets in response, at a cost of some $900 million a year—around 10 percent of Taiwan’s defense budget. Or, in a similar vein, consider China’s disruption of Vietnamese economic activity in Vietnam’s exclusive economic zone, which has cost Vietnam at least a billion dollars. In each case, the initiator achieved meaningful aggregate effects through limited tactical activity.

Erosion is not an exclusively non-Western approach, nor should it be conflated with low-visibility or deniable tools. Take, for example, the Reagan administration’s approach to competing with the Soviet Union. The administration’s proxy wars against Soviet client states were coupled with efforts to undercut Soviet energy exports, the deployment of ground-launched cruise missiles (GLCMs) in Europe, and the publicized (if exaggerated) work on strategic missile defense. These policies aimed to impose further pressure on the Soviet Union’s already overstretched economic base.

The success of the US strategy illustrated two things. First, it demonstrated the importance of having a clear goal. Focusing on eroding the Soviet resource base allowed the United States to coordinate a range of tools and agencies because it gave them a shared lexicon within which to situate their efforts. Second, the competition showed that subthreshold need not mean invisible. High-profile tools like GLCMs and missile defense systems were crucial to the US strategy. Conventional military hardware, even nuclear weapons, can play an important role in subthreshold campaigns.

The importance of military power to subthreshold competition is well illustrated in the next goal states often aim for: tipping the balance of a war in a partner’s favor without becoming a belligerent. During the Russian-Japanese war in 1904–05, for example, Britain took a range of measures to impede the unification of the Russian Baltic and Black Sea fleets. These ranged from denying the former access to coaling stations and shadowing its movements to complicating Russian commanders’ decision-making by raising their uncertainty regarding British actions. Keeping the fleets apart allowed Japan to defeat a numerically superior navy. Britain secured a strategic coup without firing a shot.

Efforts to shift the balance of a conflict in a partner’s favor can involve positioning forces to tie down one side’s military as a hedge against the possibility that the nonbelligerent will join the conflict. It can also entail the covert provision of specialist capabilities to one party—witness Iranian aid to the Houthi missile program or the covert Soviet provision of surface-to-air missiles and operators to Egypt during the 1969–70 war of attrition with Israel. By placing a thumb on the scales of an ongoing conflict, states can often deliver rapid and decisive effects—underscoring the importance of not conflating subthreshold competition with gradualism. Sub-threshold competition can also be used to set the conditions for war on favorable terms—an approach that mirrors erosion, except here erosion is a prelude to war rather than a substitute.

Finally, subthreshold campaigns can reinforce signaling, brinkmanship, and perception management. Russia’s periodic GPS jamming during NATO exercises, mock runs on radar installations, and simulated nuclear strikes at the end of its Zapad military exercise might be viewed in this regard. They collectively serve as costly signals of Russia’s capacity to escalate in a conflict and constrain opponents psychologically prior to any fighting. If, for example, opposing states perceive Russia as willing to escalate dramatically on only minor provocations, they might be reluctant to take certain options, such as neutralizing Kaliningrad in a conflict scenario—thus turning a militarily vulnerable Russian bastion into a sanctuary from which antiaccess capabilities can operate. Cultivating psychological constraints in an opposing party through careful perception management can be a key function of subthreshold activity.

Establishing a coherent typology of aims for persistent subthreshold competition—from erosion to intervention to preparation to signaling—will allow policymakers to better integrate such efforts with other instruments of statecraft. Subthreshold campaigns should not be conflated with either specific tools or characteristics, such as deniability and gradualism. They can involve a range of objectives and draw on a variety of assets, many of which are typically associated with high-intensity activity. Moreover, the subthreshold space is itself the product of a competition to define its boundaries—one that is shaped by a nation’s doctrine for warfighting. Governments must put subthreshold campaigns in their proper context alongside other tools of state power and understand what they can plausibly achieve, if such campaigns are to remain relevant in an age of renewed great power competition.

Sidharth Kaushal is a research fellow at the Royal United Services Institute. This article draws on his 2021 report on subthreshold competition.