Ally, Bad Guy, or Both? Thoughts on Reconciling American Values and Questionable Partners, Two Years after the Death of Abdul Raziq 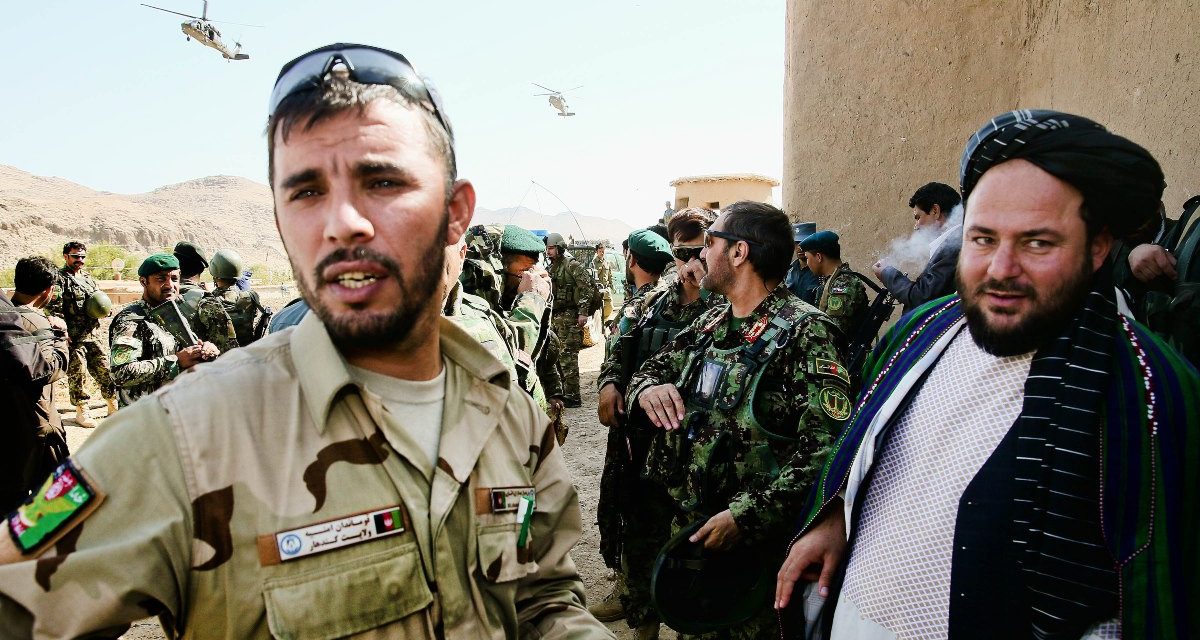 Two years ago, a bodyguard for the provincial governor of Kandahar stormed into a meeting between the governor and several top NATO and Afghan security officials, including Gen. Scott Miller, commander of NATO forces in the country. In a few furious seconds, several people were wounded, including the governor and US Army Brig. Gen. Jeffrey Smiley, and Lt. Gen. Abdul Raziq, the chief of Afghan National Police in the province, and another senior Afghan official were dead.

I can envision how this assassination played out; I’ve been in the room where it happened many times. A few years before the attack, I was the security force platoon leader for the team that advised Raziq. It was always our most dangerous and vulnerable mission. I remember the plush, patterned carpet; the meetingtable lined with microphones; the oversized picture of recently retired president Hamid Karzai commanding the room and the lesser portrait of his successor as president, Ashraf Ghani, hanging in grudging compliance with the law. I remember meeting weekly with the governor’s bodyguards, with Raziq’s bodyguards, with the police security guards, and with the Australian platoon leader to coordinate our collective security posture before each meeting.

Having completed our security checks, we would return to our vehicles to escort in our generals and advisers. Before entering the conference room, they would remove their Kevlar armor and array it outside in the lobby. As the advisers greeted their counterparts, Gen. Raziq’s convoy would usually pull up. I was always amazed by the new damage his vehicle had sustained: every few weeks, there would be fresh shrapnel marks, bullet holes, or even shattered glass, each from the latest assassination attempt. While checking on security as the meetings went on, I would stop and chat with his bodyguards to hear their latest adventures and close calls. I would tell my soldiers that if he were not killed within the decade, Raziq would be president. He only survived four more years.

Raziq seemed to be such a kind soul. He always had a genuine smile and warm handshake for me and my youngest private. Every time we escorted our generals to his palace, he would personally invite my soldiers and me to join him for an opulent feast in his grandiose dining room. At his police compound, regular Afghans came to him daily in search of mercy from some public debt, or to petition him for Solomon-esque justice in some feud with the government. So visibly different from his fellow Afghan generals, this uniquely kindhearted man truly seemed to care.

This impression, though, contrasted sharply with articles I had read before we deployed, which argued that Raziq was “the most troublesome example of America’s questionable allies” due to his “drug trafficking . . . corruption . . . extrajudicial killings, torture, and illegal imprisonment.” Everyone, from the New York Times to the United Nations, was heaping criticism on Raziq for his abuse of detainees. Shortly before I last saw him, Human Rights Watch published a report singling out Raziq and his provincial police for torturing prisoners and facilitating “forced disappearances.”

My personal experiences with Raziq never squared with the “torturer-in-chief” claims I had read, but I have no reason now to doubt the validity or veracity of those allegations. I didn’t then either; while I never personally witnessed any torture, I did have a few chances to peek into one of Raziq’s less-infamous Taliban prisons. It was no Mirwais Mina, but its living conditions were squalid, even by Afghan standards. Despite our language barrier, I could tell that the guards were visibly hostile to my presence there. Raziq often left for days at a time; his bodyguards would share stories and gossip about his absences, but he himself was ever cagey when pressed about his whereabouts and dealings. As much as my memories of this friendly man linger in my mind, it would be irrational to ignore the years’ worth of credible complaints stacked against him based on the three days a week I spent hanging around him through spells of a nine-month deployment.

Though serious allegations mounted against Raziq over time, America’s leadership saw fit to consistently endorse him. Since his meteoric rise that began with his role in the initial fighting in 2001 and the capture of the Taliban stronghold of Kandahar, Raziq was heralded as the key to defeating the Taliban and retaining southern Afghanistan. Senior US military officials called him a “great patriot” and expressed optimism about Raziq’s security plans. “We don’t want [Raziq] to stop doing all of the good things that he’s doing,” one Army colonel said. “We want to capitalize on his leadership.”

In the years immediately prior to his death, a resurgence of Taliban activity had taken root in Raziq’s Kandahar. In the aftermath of the assassination, I—like many other Afghanistan watchers—held my breath, expecting to see Kandahar descend into bloody chaos as demoralized security forces faced resurgent Taliban advances.

It’s been two years, and that still hasn’t happened. Over the last year, aggregated news reports indicate that Kandahar’s situation has actually improved. Ten districts are controlled by the government—four more than at the time of Raziq’s death—and the Taliban controls three fewer districts than the seven they did two years ago. Tadin Khan, Abdul’s younger and less-charismatic brother, has been able to maintain regional stability despite “the partial [Taliban] comeback that was already evident . . . during the last years of [Raziq’s] life.”

These last two years offer a narrow but intriguing counterfactual thought exercise, or case study, on compromising American values for short-term success. America has long perceived itself as the shining city on a hill, but we have demonstrated a repeated willingness to compromise our values for temporary gains. Working with unsavory figures is the necessary price to be paid, we say. But it comes at a cost. Much as America’s support of Raziq and those of his ilk has tarnished our reputation in Afghanistan and among its watchers, the repercussions of endorsing distasteful dictators like Cuba’s Fulgencio Batista, or any number of other Latin American strongmen, were probably not worth the compromise. This is likely true across the world, from Zaire’s Mobutu Sese Seko to Afghanistan’s mujahideen.

I acknowledge—and as those who have served in America’s post-9/11 wars know intimately—that it is not easy to make high-minded decisions when life is at stake. But while I fondly remember Raziq’s warm handshake and beaming smile, Kandahar’s improved stability gives me pause. Some threats may be worth enduring partnerships with purported criminals to tamp them out. Most, however, are not. America should work to prevent when possible, and eradicate where extant, our association with such unsavory allies, and save our support for those who truly share our country’s values.

Micah Ables (@mableswrites) was the Security Force Platoon Leader for the TAAC-South team that advised Lt. Gen. Raziq and Governor Wesa in 2014–15.