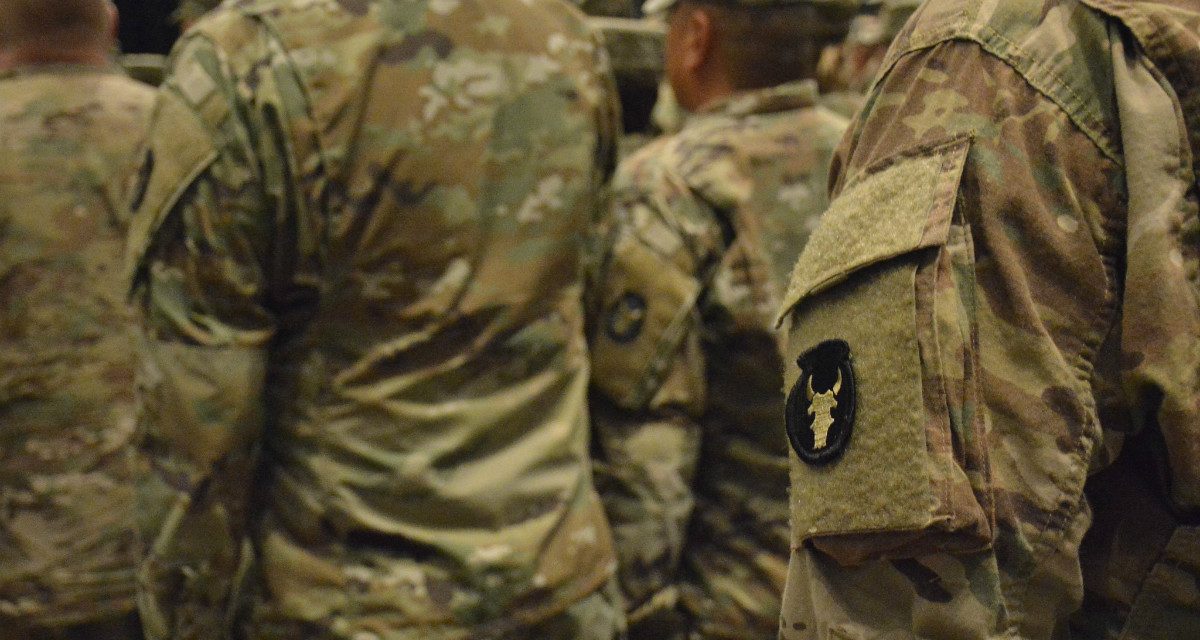 Not surprisingly, this increased employment has strained the reserve component’s limited human capital and organizational resources. Army National Guard (ARNG) brigade combat teams and divisions represent a significant portion of the reserve component’s forces under the Army’s Total Force Policy. The question at hand is how best to balance the competing requirements of increased employment and maintaining organizational readiness in the context of the contemporary global operating environment.

The ARNG has a social contract with soldiers, families, and civilian employers as part of its state and federal mission. Yet the ARNG also has a professional contract with the Army to provide units ready to deploy and perform their assigned missions. The Army Total Force Policy dramatically increases the requirements of this professional contract, particularly in relation to both individual and organizational readiness. Unlike the Army’s active component, the ARNG is bound by task organization, physically dispersed, and separated by state lines and authorities. While these elements present a unique set of constraints on collective training, achieving the requirements of the professional contract must outweigh the challenges of distance and resources. Collective training is also vital to ensuring National Guard units are prepared to excel in their assigned missions under the Army Total Force Policy. In the ARNG, the greatest impact of this complicated issue is on the twenty-seven brigade combat teams and eight divisions.

There are several key stakeholders in this issue. All Army forces, including ARNG brigades and divisions, are managed by Forces Command (FORSCOM), which is responsible for training and preparing a combat-ready, globally responsive force in order to build and sustain readiness to meet combatant command requirements. The vision of FORSCOM is to provide forces that are well led, disciplined, effectively trained, expeditionary, and able to win in a complex world. Within FORSCOM, First Army is the coordinating authority for implementation of the Army Total Force Policy. First Army partners with the ARNG and the Army Reserve to advise, assist, and train reserve component formations to achieve Department of the Army–directed readiness goals, and to deliver trained and ready reserve component units to support combatant commanders. First Army is currently organized to support both brigade training and assisting, advising, and validating divisions through the mobilization process with the goal of delivering units with the required operational capability.

Operational capability is the key component of the Army Total Force Policy for reserve component forces. For an ARNG division, for example, this means it must be capable of performing its primary role as a tactical headquarters. The division’s role is to shape the operation for subordinate brigades, resource them for their missions, and coordinate, synchronize, and sequence their operations in time and space. ARNG divisions must create and maintain readiness in order to deliver on their role as an operational force. This is particularly challenging given the time constraints facing the reserve component—approximately thirty-nine training days a year. Many readers may discount this last statement, since the thirty-nine-day planning figure has not been practical for nearly a decade. The actual number of training days varies somewhere between thirty-nine and 150. For the purposes of this article 39 days is used merely as a point of reference, and aligns with the social contract the Army has with its soldiers, employers, and families. The old recruiting slogan, “one weekend a month and two weeks a year,” is no longer a realistic expectation for units that want to perform at the required level.

The Army employs a “fight tonight” training strategy to prepare ARNG brigade combat teams, however no such strategy exists for ARNG divisions. This puts these divisions at risk by not providing a readiness framework that supports division preparation for missions they are currently executing in deployed environments on a regular, planned basis. The argument can be made that priority goes to the brigade combat teams in order to prepare for a future decisive-action crisis, but the deployment requirement for ARNG divisions would still remain. A close examination of the brigade combat team training strategy, and leveraging existing assets from First Army, would be a good start toward creating a division “fight tonight” strategy.

The 34th Infantry Division’s attempt to create a division “fight tonight” strategy began in 2014, when it executed a Warfighter exercise—designed to test a unit’s ability to conduct “simulated, full-scale military operations”—that was, by all measures, highly successful. The results created a planning baseline for standards of deploying a division in support of operations in a decisive-action environment and a measurement for a training strategy between Warfighter exercises.

For an ARNG division to create and sustain operational readiness and warfighting expertise, the challenge is to plan, resource, and implement training that is closer to the rigors of a Warfighter exercise. ARNG divisions have the internal resources and infrastructure to execute a command post exercise, but do not have the internal or support resources to enable the training necessary to prepare for decisive operations, let alone a Warfighter exercise. In the absence of a formally directed and resourced strategy, the 34th Infantry Division leveraged its historical relationship with I Corps (headquartered at Joint Base Lewis-McChord, Washington). This relationship allows the division to participate in two multinational, multi-echelon exercises per year. Ideally, these exercises would employ the entire division headquarters with infrastructure components, but resource limitations (including available training days and soldier/civilian employer considerations) limit participation to roughly one quarter of the division headquarters during each exercise.

The primary deployed mission ARNG divisions currently perform on a rotational basis is to provide Task Force Spartan, a division headquarters subordinate to Army Central within the Central Command area of responsibility and part of Operation Spartan Shield. During the deployment, ARNG divisions are tasked with theater security, subordinate unit readiness and transitions, and the maintenance and improvement of regional partnerships. The division is also prepared to execute unified land operations. In 2018, the 34th Infantry Division became the fourth division headquarters to execute this mission when it took over from the Pennsylvania ARNG’s 28th Infantry Division. ARNG divisions now own these missions and are becoming the most logical way to bridge the gaps between resources and requirements at the national level.

In preparation for its deployment, the 34th Infantry Division executed a quadrennial culmination exercise. This virtual battlefield exercise was an externally evaluated, multi-week command-and-control exercise structured to evaluate headquarters reaction, methods of battle, and management and execution abilities. Finally, under the direction of First Army, the division executed a final command post exercise and a post-mobilization exercise to validate readiness for deployment. This event was designed to stress soldiers, equipment, and systems under realistic conditions in order to assess the unit’s essential tasks and overall capability to perform its assigned mission during deployment.

Another challenge to executing this strategy was employing it with the roughly thirty-nine training days available in an ARNG training year. The sustained-readiness strategy necessitated a bifurcation of the headquarters to accommodate individual readiness and civilian schedules. The plan was to execute division tactical command post rotations, while the staff focused on individual readiness during the training year. As the quadrennial progressed, the strategy resulted in a good deal of friction when the simple biannual split was insufficient and required some soldiers to volunteer for additional rotations and additional technical training for low-density perishable skills. The strategy culminated with three command post exercises as the final preparation for executing the 2018 Warfighter exercise.

While the execution of the 34th Infantry Division’s Warfighter exercise was a success, it did not achieve the level of success that was expected as a result of the sustained-readiness strategy. Gaps and seams appeared shortly after the beginning of the exercise. The two most significant shortcomings were a lack of externally evaluated exercises with subordinate unit integration and an atrophy of skills from collective to individual task level.

The lack of externally evaluated exercises built into the strategy was the most significant problem and clearly resulted in a cascade of deficiencies. The absence of external evaluations during these robust multi-echelon exercises created a misplaced sense of overconfidence. The consequent deficiencies were noticeable across all warfighting functions. Neither the ARNG nor the Army enterprise currently has the organizational capacity, in either personnel or funding, to address this training shortfall.

The increased utilization of ARNG divisions requires a fresh look at resourcing, personnel, and organization, and an additional effort by First Army to match the requirements of the Army’s Total Force Policy and division deployment tempos. Slight modifications, including adding a division training cadre to First Army, as well as increasing manning and prioritization for division training, would greatly increase division sustained readiness between Warfighter exercises and deployments. A First Army division cadre should focus on understanding manning constraints and the warfighting functions at the field-grade and senior noncommissioned officer level. Additionally, habitual aligning of ARNG divisions with corps headquarters could provide expertise based on the model of the current relationship between the 34th Infantry Division and I Corps. This process should also include select staff attendance at an annual “ride-along” with division during a Warfighter exercise. These steps would help division staff stay focused on creating training that prepares the division for the Warfighter exercise.

Subordinate unit integration into the training strategy is also critical. Brigade sustained readiness should be closely linked with that of divisions. This is not to say that states with a division headquarters must train with organic or permanently aligned subordinate units. What must happen is an incorporation of organizations that are linked by events—in this case a common Warfighter exercise, combat training center rotation, or deployment—into pre-event training. Perfect alignment is not always attainable. The 34th Infantry Division’s current deployment includes command relationships with multiple active duty, National Guard, and Army Reserve units. Similar to previous ARNG divisions, the 34th Infantry Division’s Task Force Spartan’s rotation includes management of transitions for six subordinate brigade and battalion commands. In light of these requirements, FORSCOM and First Army should work to align divisions and brigades to provide as much collective training as feasible over a four-year period to facilitate realistic training on managing transitions.

The current strategy for division sustained readiness tied to the Total Force Policy is ad hoc at best, and requires rebalancing. Divisions currently struggle through four-year readiness cycles, competing for uncertain resources and often executing conflicting strategies that challenge divisional efficiency, resources, and personnel. This article’s proposals do not form complete strategy. Rather, the solution to these problems needs to be flexible and adjusted in the closest measure to best support the organizationally unique areas of sustainment and improvement.

Training support should be based on the commander’s training objectives, be nested with past results, and identify deficiencies. A multi-year strategy that nests divisions’ operational tempo and objectives with supporting infrastructure and resources will facilitate the professional contract between divisions, FORSCOM, and the Army, along with the social contract between states, soldiers, families, and civilian employers. This is not an easy task, and the ultimate measures of effectiveness will include not just mission accomplishment, but also the retention of experienced soldiers, recruiting new soldiers, and civilian employer support for the National Guard. The strategy will require increased commitment of units and soldiers because it demands the execution of regularly scheduled rigorous exercises while simultaneously balancing the social contract. But change is needed in order to posture ARNG divisions for success in today’s current operational environment.

Michael Wickman is an officer in the Army National Guard. The views expressed are those of the author and do not reflect the official position of the United States Military Academy, Department of the Army, Department of Defense, or US government.