Why Does America Remember Pearl Harbor? 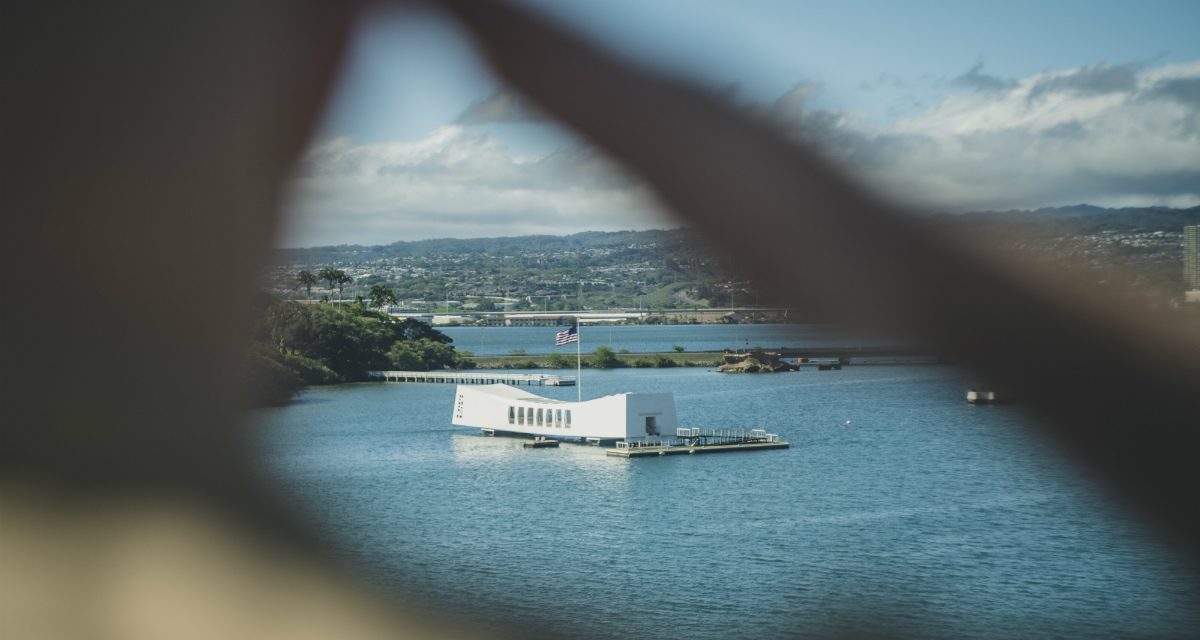 Editor’s note: This article was originally published in 2019.

Why do Americans memorialize Pearl Harbor?

The easy answer is that we honor the bravery and courage of those who were there and died on December 7, 1941. Even so, there are many other battles in which Americans bravely fought and made the ultimate sacrifice. Why Pearl Harbor? On its surface, it seems an odd choice.

First, Pearl Harbor was not a decisive battle. The Pacific Fleet, though temporarily crippled, would quickly rise again thanks to a heroic salvage effort. American carriers, submarines, and the fuel storage facilities at Pearl Harbor escaped damage or destruction. There would be many more battles to come, in both the Pacific and in Europe, that would decide the fate of the war.

Moreover, the battle was not particularly instructive. There was no brilliant battlefield maneuver that secured victory or prevented disaster.

Finally, and perhaps most interesting, the battle was not an American victory. Though it was not the strategic defeat Japan hoped it would be, it was certainly a tactical defeat for the Americans. Most countries celebrate the glory of decisive victory. Yet, of all the battlefields where Americans have fought and died, we choose to yearly commemorate an indecisive defeat. Why?

This question brings to mind a particular expression in chess. To threaten a piece is to “put the question” to that piece. When this happens, there are two choices. On the one hand, a player may yield the position to his opponent. Withdraw. Live to fight another day. While this might avoid a short-term loss, it will almost certainly invite long-term aggression. On the other hand, the player can stand his ground. And while he may take some damage, he will also show the attacker that he is willing to fight it out.

We remember Pearl Harbor because the question was put to America. It is the most significant question ever put to our nation, and indeed that can be put to any nation. Abraham Lincoln captured it in the Gettysburg address.

Four score and seven years ago our fathers brought forth on this continent, a new nation, conceived in Liberty, and dedicated to the proposition that all men are created equal. Now we are engaged in a great civil war, testing whether that nation, or any nation so conceived and so dedicated, can long endure.

Can a nation, conceived in liberty and dedicated to the proposition that all men are created equal, long endure?

We remember Pearl Harbor because it was a pivotal moment in the modern history of America and the world. How America responded to Pearl Harbor would determine the outcome of the Second World War. But more than that, it would determine the fate of a dream that freedom and liberty could endure in this world. It was a collision, not of two navies or two countries, but of two ideas. On one side, a nation in the midst of an era of repression and nationalist aggression. On the other, an idea, not even two centuries old, that people should be free and able to govern themselves. Could democracy win over totalitarianism?

The answer to the question depended on how America would reply to the Japanese challenge. What would we do? Would we retreat into isolationism and pretend that the enemies of freedom were not marching across Europe and Asia? Or, would America stand up for her ideals and oppose these forces across the world?

Our answer to the world would begin with those men and women who found themselves under fire that morning.

On December 7, 1941, at 7:53 a.m., a calm Hawaiian morning was shattered as bombs from the first wave of Japanese raiders hit their targets. The second wave came an hour later, and the third an hour after that. Chaos and confusion reigned. Fire and death were everywhere. Over 2,400 American casualties. Nearly two hundred aircraft destroyed. The Pacific Fleet in flames.

Not long after the first bombs fell, the USS Oklahoma took three torpedoes and began to capsize. Two more torpedoes tore into her hull. In less than fifteen minutes, she had rolled so far that her masts touched the bottom of the shallow harbor. In one of her gun turrets, Ensign Francis Flaherty grabbed a flashlight and calmly lit the way for the crew to escape. He remained in the dark turret, even after the order was given to abandon ship.

Aboard the USS Arizona, Rear Adm. Isaac Kidd remained on the bridge, diligently discharging his duties as the Senior Officer Present Afloat until he died from an enemy bomb.

Aboard the USS Vestal, Cmdr. Cassin Young sprinted to the bridge. As he directed the actions of an antiaircraft gun, he was blown overboard by the exploding ammunition magazine of the Arizona. He proceeded to swim back to the Vestal, which was afire, listing, and under heavy strafing attack from enemy aircraft. Cmdr. Young calmly moved the Vestal away from the Arizona, and then beached her in order to save her from sinking.

On the USS California, Machinist’s Mate Robert Scott manned the air compressor at his battle station. When the compartment began to flood because of a torpedo hit, all personnel evacuated, but Scott refused, saying words to the effect of—as a citation for his actions would record—“This is my station, and I will stay and give them air as long as the guns are going.”

All of these men received the Medal of Honor for their actions. All posthumously.

Our nation would answer the question.

The day after the attack, President Franklin Roosevelt declared December 7 as a day that would live in infamy. In the same speech, he said, “No matter how long it may take us to overcome this premeditated invasion, the American people in their righteous might will win through to absolute victory.”

When we sing our national anthem, we end with a question. “O say does that star-spangled banner yet wave, O’er the land of the free and home of the brave?” As Francis Scott Key watched the bombardment of Fort McHenry into the night, he took heart as the fierce barrage served to periodically light the stars and stripes flying over the ramparts. At the end of what has become the national anthem, Key wonders if the flag will still fly in the morning.

But many Americans might not realize that Key penned four verses—not just the first that we sing as the anthem. Why do we stop singing with the question unanswered? Perhaps we don’t have the patience. Maybe it’s because there isn’t enough time to get through all four verses before a baseball game. But perhaps it’s an appropriate quirk of fate. The question always remains unanswered because we must never forget that this thing called democracy is truly an experiment. And to preserve it, we must work for it, protect it, and if necessary, fight for it.

Over the second and third verses of “The Star-Spangled Banner,” Key finds that the flag did indeed continue to fly over Fort McHenry. Then comes the fourth and final verse:

O thus be it ever, when freemen shall stand
Between their loved home and the war’s desolation.
Blest with vict’ry and peace, may the Heav’n rescued land
Praise the Power that hath made and preserved us a nation!
Then conquer we must, when our cause it is just,
And this be our motto: “In God is our trust.”
And the star-spangled banner in triumph shall wave
O’er the land of the free and the home of the brave!

In this fourth verse, Key predicts that America will always answer the question. In this final refrain, we hear those same words, “O’er the land of the free and the home of the brave!” Only this time, they end with an exclamation mark.

Despite the passage of more than three quarters of a century, Pearl Harbor remains a poignant symbol of freedom and sacrifice. In the space of a few hours, America became the world’s foremost defender of liberty. It reminds us that we must always be willing to fight for our freedom and for that of others. Most of all, it reminds us what America is capable of when we come together as a united nation fighting for a just cause.

Lt. Col. Trent J. Lythgoe, is a US Army aviation officer and an assistant professor at the US Army Command and General Staff College. He is pursuing a political science PhD at the University of Kansas.