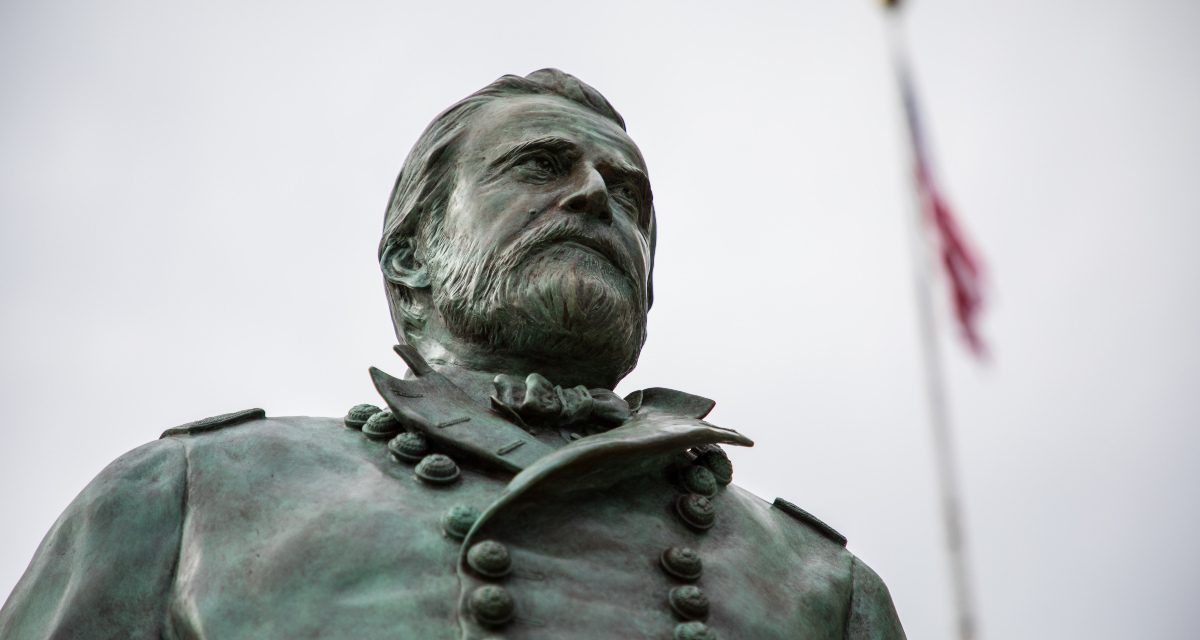 American military personnel study history as an essential component of their professional education. Military history provides the analogies by which they communicate, and the lens through which they view current military problems. Phrases such as “another Pearl Harbor” or “another Maginot Line” or “another Vietnam” convey common perceptions of the past and influence military professionals’ common thinking about the present and future.

Central to the study of American military history in the last three decades of the twentieth century was The American Way of War, a history of American military strategy and policy written by Professor Russell F. Weigley. He argued that the American way of war is based on a strategy of annihilation: the aim of the US armed forces in war is to destroy the enemy’s capacity to continue the war, so that the enemy’s will collapses or becomes irrelevant. This is the war fought by Grant and Sherman in the American Civil War, when they fought campaigns of attrition fueled by the industrial capacity and larger population of the North to destroy the capacity of the South to continue the war. World War II was fought by students of the American Civil War. Among them were Eisenhower, Bradley, Patton, and Spaatz in Europe; MacArthur, Nimitz, Halsey, and Spruance in the Pacific. Our study of military history has influenced us to believe that the role of the American military is to defeat the enemy’s armed forces and destroy the enemy’s economy, at which time its mission is accomplished and it becomes a supporting player in the strategic arena. In World War I, this was actually the case. After the armistice in November 1918, the US Army participated in the Allied Powers’ occupation of Germany until the peace treaty was signed at Versailles in July 1919, and then most of the US soldiers came home to celebrate the victory (although even in this case the First Division remained part of the Allied Army of Occupation until July 1923).

The post–World War I period, however, is the exception that proves the rule. The American Civil War did not end at Appomattox, any more than the American War of Independence ended at Yorktown, World War II ended on V-E and V-J Days, or the Iraq War ended with the fall of Baghdad. After Yorktown, Washington furloughed most of the Continental Army but it remained an army in being until after the British withdrew from New York City on Evacuation Day—November 25, 1783—two years later. Twelve years of Northern occupation and counterinsurgency followed Lee’s military surrender at Appomattox, until the Northern and Southern leadership reached a political settlement in the Compromise of 1877 at the Wormley Hotel in Washington, DC. The compromise resulted in the inauguration of President Rutherford B. Hayes and the withdrawal of Northern troops from Louisiana and South Carolina. The US military occupied Japan and Germany until peace treaties were signed in 1952 and 1955, respectively. The fall of Baghdad ended major combat operations in Iraq, but martial law was not declared or established. US commanders believed their mission was complete when the Iraqi army collapsed. They ignored their legal and moral obligations to restore order and impose interim military governance over occupied territory. Despite the futile efforts of leaders like Gen. Eric Shinseki who knew better, the poorly planned and executed consolidation and stabilization effort resulted in an eight-year insurgency ending in a unilateral US withdrawal, not a peace treaty or a stable and enduring political outcome.

1. Major combat operations are critical but not decisive. Military victories are transitory and at best establish the conditions necessary to achieve a favorable and enduring political settlement.

2. Post-combat consolidation of military gains, stabilization of the conflict-affected area, and reconciliation of the warring parties are decisive because they translate military success into a favorable and enduring strategic outcome.

3. The civil population gets the deciding vote on who wins and who loses. The struggle for legitimacy, credibility, and influence is as strategically important as the struggle to attrit and destroy the enemy’s military forces and economic warfighting capacity, and ultimately, may be more decisive.

4. The US armed forces are legally and morally responsible for the military governance of liberated or occupied territories and their populations until a legitimate and credible civil authority formally relieves them of their area responsibility. We expect privates to obey their first general order of guard duty: “I will guard everything within the limits of my post and quit my post only when properly relieved.” We should expect nothing less from our generals.

5. Leaders must plan and prepare for the worst-case scenario: a five-year stabilization campaign, including interim military governance, until conditions in the operational environment permit the transfer of area responsibility to a legitimate and credible civil authority. Why five years? Because that assumption requires planning for force rotations that can be curtailed or extended as the actual situation unfolds.

6. The US armed forces must structure a mix of active and reserve component forces adequate for protracted post-combat consolidation and stabilization campaigns commensurate with the major combat operations that precede them. Our nation cannot afford to maintain sufficient active military forces to conduct these campaigns, which will require a different mix of forces. Active forces should be relieved as soon as practicable to reconstitute and prepare for future combat operations. Reserve forces should be mobilized and trained as a consolidation and stabilization force to replace active forces.

7. Professional military education must place greater emphasis on the human aspects of military operations. The US Army planned for the military occupation of Germany and Japan years in advance, but the occupation forces did not have significant training in civil-military operations or military governance. The attrition rates in 1944–1945 resulted in units filled mostly by replacement citizen-soldiers who improvised within the guidelines established in War Department and theater army plans crafted by senior officers with superior professional military education than their successors receive today.

How should the US armed forces today apply these lessons to their thinking about our two great-power adversaries, China and Russia? First and foremost, the desired strategic outcomes should be indefinite sustainment of favorable balances of power and avoidance of direct armed conflict with either great power. Second, contingency planning should begin with the desired strategic outcome of the war, not how to fight it. Before asking How should we defeat Chinese or Russian regional aggression?, we should first ask, What strategic purpose is the war supposed to accomplish? and What does the desired strategic outcome look like? Are we fighting the war to prevent China or Russia from reversing a regional power balance in its favor? To prevent China or Russia from establishing a sphere of influence over its near-abroad? To preserve the sovereignty and territorial integrity of a treaty ally? To retain the US position as the preeminent power on earth? The answers to these questions should frame the problem of how to defeat China or Russia militarily in a long-term, globally integrated campaign. The solution to this problem must include the post-combat actions necessary to consolidate military gains, stabilize conflict-affected areas devastated by combat operations and the economic consequences of the war, and foster national reconciliation with former enemies, to restore a favorable balance of power and avoid another war. Are the associated costs and risks worth the desired strategic outcomes, or must our nation reconsider what alternative strategic outcomes are acceptable, even if undesirable or unfavorable?

Outcomes-based strategies will be critical to reversing the trend of US armed forces winning every battle, prevailing in every campaign, and losing every war it has fought since 1955. The first step: fostering a more accurate understanding of American military history, especially in professional military education.

Col. (ret) Glenn M. Harned is a retired Army infantry and Special Forces officer and Army strategist. He is a graduate of the University of Pennsylvania Wharton School, Army Command and Staff College, Army School of Advanced Military Studies, and Marine Corps War College. He commanded a Special Forces battalion and Special Operations Command Korea. He has worked as a defense consultant since 2000, focusing on special operations and irregular warfare policy, strategy, and force development issues.