American Vulnerabilities in an Age of Great Power Competition: The Case for Understanding Domestic Extremism through an Irregular Warfare Lens 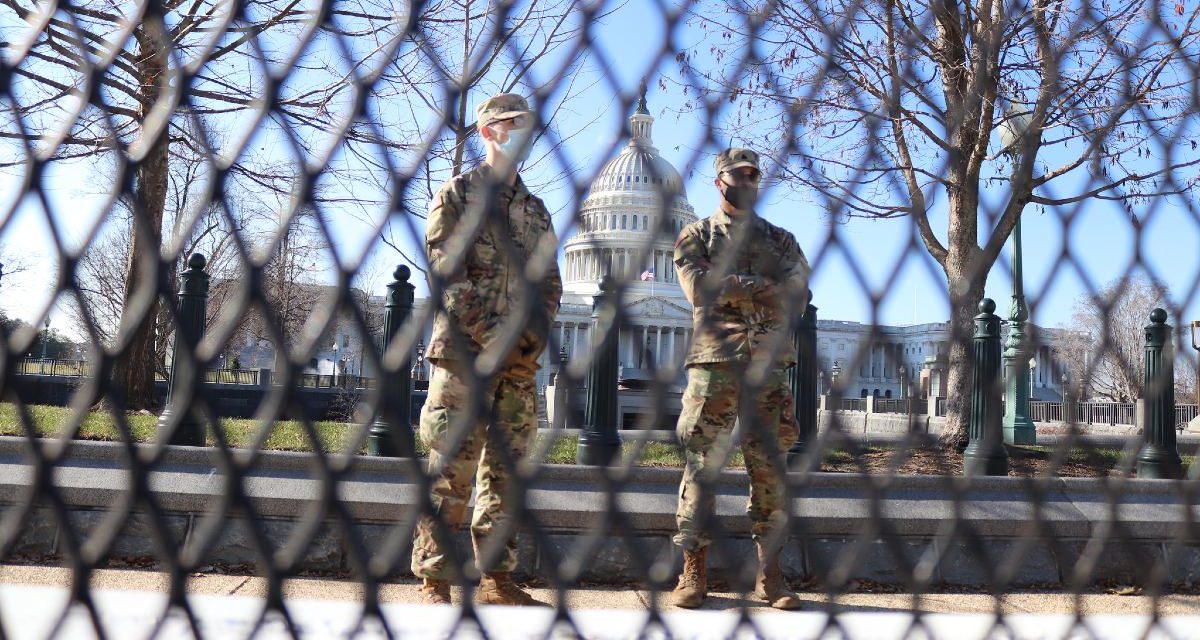 In the United States, we often analyze distant armed conflicts and counterterrorism efforts as if watching from a remote observation tower. We keep an eye on expeditionary initiatives abroad, dissecting and examining our myriad campaigns and operations, but lose sight of domestic weaknesses that leave us open to exploitation by competitors. Not only is the United States vulnerable to foreign interference, but our adversaries are already actively conducting irregular attacks against us today, at home. To see the full picture—and put ourselves in a position to anticipate the actions of our adversaries rather than react to them—we must turn our gaze inward and examine our domestic affairs in the same manner and with the same objectives as conflicts abroad.

On the surface, analyzing the US homeland within the construct of “warfare” is not the most palatable thing to do. The intent is not to regard America as a war zone, but garner insight on national security vulnerabilities by viewing our domestic affairs through an alternate lens. By applying the tenets of the military’s irregular warfare doctrine to our adversaries’ perception of US domestic affairs, we can better assess security risks hidden in plain sight. And as the realm of irregular warfare exists within “contests for influence and legitimacy over relevant populations,” if we ask ourselves whether competitors such as Russia and China are successful in waging, or at least laying the groundwork for, irregular warfare on American soil—the answer is a very clear yes.

Characterizing the Threat at Home

Recent threat assessments from the Office of the Director of National Intelligence, the Department of Homeland Security and the Federal Bureau of Investigation warn that the United States faces growing irregular threats from both domestic and foreign actors. While the United States confronts political polarization and increasing domestic extremist activity, we are simultaneously in the midst of a renewed age of great power competition in which we face coordinated threats from Russia, China, and their partners. These threats are not necessarily overt, in the form of violent conflict, but rather they come by way of information operations, cyberattacks and espionage, and other criminal activities meant to destabilize and capitalize on existing domestic discord. As viewed through the lens of irregular warfare, the US social, economic, and political landscape is a key strategic battleground in this competition—and whoever commands it can both wield and direct global power and influence.

As the 2018 National Defense Strategy warns, “The homeland is no longer a sanctuary. America is a target, whether from terrorists seeking to attack our citizens; malicious cyber activity against personal, commercial, or government infrastructure; or political and information subversion.” From both ends of the political spectrum, the United States is experiencing rapidly evolving dissent against our political bodies, economic institutions, and even fellow Americans. We increasingly hear violent, ideologically charged rhetoric and even calls for civil war. We’ve watched the occupation and destruction of local, state, and federal government offices in open attempts to overthrow governmental processes, carried out by those who hold the government bodies they attack as traitorous and tyrannical. We’ve seen the burning, damaging, and looting of businesses and infrastructure as nonhuman casualties in what some have described as a war to define American values and determine the cultural trajectory of the country. And we’ve borne witness to violent, at times deadly, attacks and plots against politicians, law enforcement, and individuals who are deemed to be the political and ideological enemies of their assailants. If the United States is a target, our current level of domestic unrest and our social and political divisions present a key vulnerability for our adversaries to exploit—and that is exactly what they are doing.

Opportunities for Russia and China

Over the last few years, Russia has worked to amplify US social and political divisions and undermine faith in our democratic institutions and economic system—primarily by proliferating disinformation campaigns—and has even probed our election infrastructure. In the fall of 2020, the US intelligence community identified Russia as the perpetrator of the SolarWinds cyberattack against critical federal agencies and scores of commercial companies. Most recently, in mid-February, intelligence officials briefed lawmakers that Russia, as well as other foreign actors such as Iran, Venezuela, Cuba, and Lebanese Hizballah, had deliberately targeted the 2020 presidential election with disinformation campaigns intended to sway American political opinion. Although China has not directly attempted to interfere with US elections, it also poses an ongoing threat via cyberattacks, piracy and intellectual property theft, moves to dominate the high-tech development arena, attempts to influence US lawmakers and public opinion, and other efforts to increase its own global economic influence and shift the balance of power.

Russia and China’s efforts may not be a root cause of the United States’ social and political turmoil, but they have both demonstrated an impressive ability to capitalize on existing sociopolitical divisions. Their disinformation campaigns are sophisticated, and their state-sanctioned cyberattacks have garnered vital information toward technological, military, and political advantage and intelligence to support further disinformation activities. Such attacks can also degrade the American public’s trust in corporate and government institutions—and this loss of faith in governmental and economic bodies further lures malign actors who seek to subvert the United States from the inside. Consider the current state of affairs in terms of what we would do in our adversaries’ position if great power competition ever escalates into conflict: the stage is set for external actors to take advantage of the distrust and disenfranchisement of US citizens.

Of further concern is the extent to which Russia and China have strengthened their economic and military cooperation in recent years. The Center for a New American Security’s 2021 report on the burgeoning Russia-China partnership states that the “recent acceleration of Russia-China relations stems from the countries’ increasingly shared vision of a less democratic world more hospitable to the continued rule of each country’s authoritarian regime and its expanding global interests.” Monumental developments in both nations’ military and consumer technology as well as other enterprises, combined with ever-expanding military power structures, propel Russia and China toward greater global economic and political influence, coercive ability, and potentially dominance. Increased coordination between Russia and China would present an amplified threat to the United States economically, militarily, and politically—not just to US global power and influence, but to the preservation of economic stability, safeguarding of human rights, and proliferation of democracy. Russia and China have already demonstrated interest in exploiting US domestic fault lines for individual gain, and with a closer partnership they could specialize and coordinate their efforts for maximum effect.

Anticipating Exploitation while Preparing for Competition

Under the tenets of irregular warfare, our great power adversaries are already benefiting strategically from the United States’ internal discord. In the Russia-China paradigm, they are out-maneuvering us on the battlefield of the US homeland—cultivating America’s social and political turbulence as fertile ground for current and future exploitation. In the near term, these adversaries will likely prolong and exacerbate domestic ideological divisions and distrust, making it more difficult for the United States to enact policies, counter domestic threats, and allocate resources between competing priorities. In a worst-case scenario—were the United States ever to descend into the dark chasm of a second civil war—our adversaries could attempt to “enable a resistance movement or insurgency to coerce, disrupt, or overthrow [the United States] by operating through or with an underground, auxiliary, and guerrilla force.” In other words, they could conceivably empower and assist American citizens against their own government and institutions, right here on US soil. It is not impossible that our adversaries could carry out such operations with some degree of success and influence outcomes to their advantage. Those who refuse to believe in such a possibility have failed to heed some of the most glaring lessons in history.

In a “whole of government” approach to national security, there is room for military leadership to play an important role—not in terms of on-the-ground operations, but through expert guidance to inform the policies and strategies of domestic security bodies. The US defense enterprise has been carrying out irregular warfare operations overseas and countering such operations by our adversaries for over two decades, drawing on institutional knowledge gained during Vietnam and the Cold War. Although our strategic and operational successes are paralleled with clear-cut failures, there is no shortage of vital lessons learned. The US intelligence community, state and federal law enforcement, and key policymakers in Washington should take every opportunity to garner those lessons learned to better recognize and confront domestic security problem sets from the greatest position of advantage, approaching them through two separate but interrelated lines of effort: bridging the domestic divisions that make us vulnerable, and defending against adversaries’ attempts to exploit these vulnerabilities.

In examining how we can better protect our nation, its interests, and the American people, the United States must make a deliberate shift inward to assess domestic vulnerabilities from the perspective of those who can, and will, exploit them. Perhaps it is even more fitting, in this context, to borrow wisdom from the rich cultural and military history of one of those very adversaries, for as Sun Tzu reminds us: “If you know the enemy and know yourself, you need not fear the result of a hundred battles.”

Wes J. Bryant is a retired master sergeant and former special operations joint terminal attack controller in the elite special warfare branch of the Air Force. He is coauthor of the book Hunting the Caliphate: America’s War on ISIS and the Dawn of the Strike Cell, a first-person account of the war on ISIS cowritten with Army Major General Dana J.H. Pittard. He holds a bachelor’s in Asian studies from the University of Maryland and is pursuing a dual master’s in business and professional studies through George Washington University. Wes is now an author and speaker with a focus on foreign policy, counterterrorism, extremism, and veterans’ issues, and is a business development professional in the defense and aerospace sector. He has held interviews on major news affiliates and podcasts and been published in Military Times, Task & Purpose, Politico, Insider, and Real Clear Defense. You can connect with him on Facebook, Twitter, and Instagram at @wesjbryant or visit his site: wesjbryant.com.