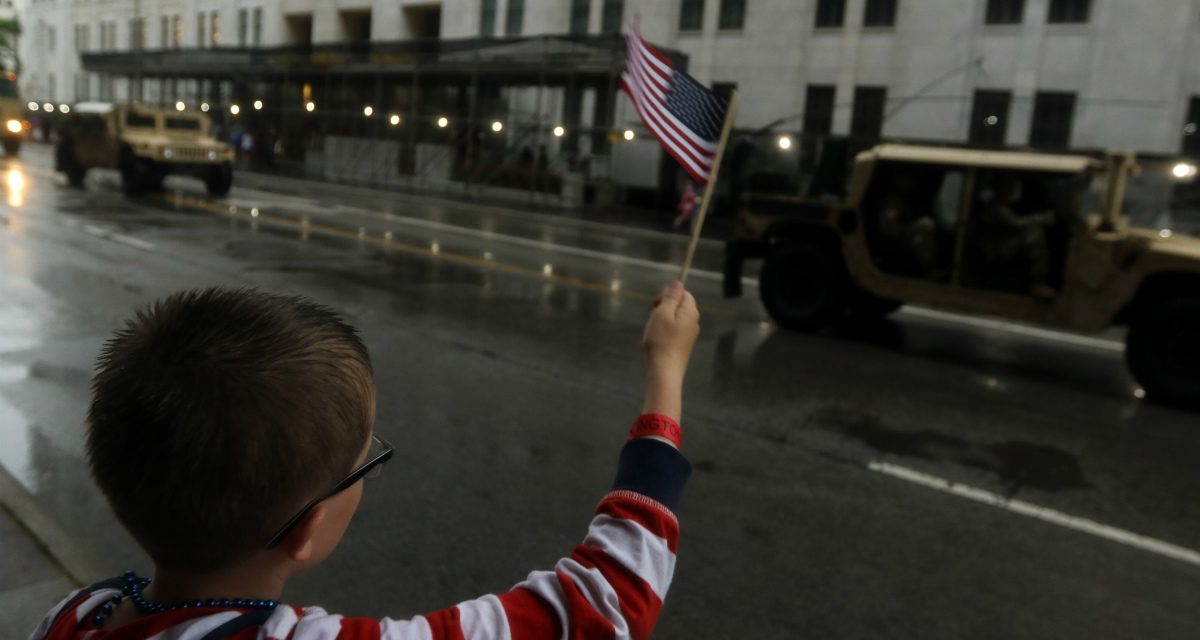 In May 2019, retired general and former national security advisor H.R. McMaster lamented that a narrative of war-weariness is hurting America. “A young student stood up and said ‘all I’ve known my whole life is war,’” said McMaster, referring to a recent town hall he watched. “Now, he’s never been to war, but he’s been subjected, I think, to this narrative of war-weariness.” Of course, one student is not necessarily representative of an entire population. And while McMaster isn’t wrong, the focus on war-weariness obscures the more general and arguably more pernicious fact that the American population is broadly disengaged from American foreign policy and the places it takes soldiers like myself. In fact, during CNN’s series of hour-long town hall events with five leading 2020 Democratic candidates in April, only three questions were asked about foreign policy. None of them were about America’s nearly two-decade-long post-9/11 wars.

When I told my family and close friends that I would be deploying to Syria, the common reaction was confusion. “Wait,” one civilian friend asked me, “we have troops in Syria?” Indeed, when President Donald Trump announced that he would be withdrawing American forces from the country last year, the few posts I saw from friends on Facebook conveyed surprise—not at the president’s sudden policy reversal, but at the fact America had invested blood and treasure there in the first place. These are neither uneducated nor politically disengaged citizens. On the contrary, many are college-educated, civically aware people who are as likely to share a think piece from the Atlantic as they are the latest Game of Thrones meme. Their attention was just focused elsewhere—immigration, healthcare, and the latest speculation about the Mueller investigation.

In the battle for people’s attention, the military loses. My generation has grown up in a state of war. It has become a condition of, not an exception to, American civic life—something to be acknowledged, but casually, like the weather. “It’s a beautiful day,” we say. “And somewhere our fine fighting men and women are making sure we’re free to enjoy it.” America is paradoxical in this sense. We are among the most overtly patriotic countries in the Western world. We hold our hands over our hearts and stand when the national anthem is played at a sporting event, gawk in awe as fighter jets fly over, and usher in a national debate when players kneel during the anthem (which a majority of Americans say is inappropriate). We make a special point to thank soldiers for their service when we see them. Beer companies run patriotic ads during the Super Bowl because they know they work. We share videos of soldiers coming home to happy mothers and fathers, husbands and wives, and sons and daughters. But it seems that fewer than ever are asking whether those soldiers should be going “over there” in the first place—or even where “over there” is. Case in point: How many Americans knew that we had a military presence in Niger before the deaths of four soldiers there in late 2017? Not very many. Even members of Congress were caught off guard by the extent of our mission there.

Part of this disengagement can be attributed to the newest phase of what we once called the war on terror, were later labeled overseas contingency operations, and are probably most accurately termed, simply, America’s post-9/11 wars. By relying on local partners, special operations forces, and air power, the military has moved itself to the periphery of ordinary Americans’ consciousness. However, there is another part to this equation. We often only see broad, societal engagement in foreign policy discussions when social media feeds are filled with posts about dead soldiers. Even then, the reactions are brief—if they occur at all. Americans aren’t war-weary. They’re war-apathetic.

What does war-apathy mean for the US Army? It is another wedge between the American military and the public it defends, serves, and (ideally) represents. In many respects, the rise of a “warrior caste,” over-glorification of service, and apathetic attitudes towards war all bring into question a soldier’s identity. How do we view ourselves as citizens-in-uniform at a time when the civil-military divide is greater than at any time in living memory? Another important question is how nearly two decades of sustained combat operations have changed how the Army sees itself. I will be the first to admit, I am young in my Army career. However, even I feel at times that the Army culturally defines itself less by the service it provides and more by the wars it fights. This observation may seem silly at first glance. After all, the Army exists to fight wars. But those wars are fought in service of our nation, and sometimes the mission to deter adversaries’ aggression is as important, or more so, than being on a battlefield. Yet a soldier’s sense of identity seems increasingly tied to war, not the service war is supposed to provide to our nation. How many of us have looked at a slick-sleeved E-6 or E-7 and silently judged them, asking ourselves what they’ve been doing during their career? As one junior NCO recently asked me, “Can you really call yourself a veteran if you never deployed?”

One way to visualize this is to think of two connected rafts: one for the military and another for the American people. Together we traverse a global sea of challenges. But the tether binding us has been strained and stretched, and now we’re drifting apart. In one direction, the military continues to prepare for and engage in war. In the other, civilians live increasingly disengaged from those wars. Put another way, our military has been left alone to navigate the tribulations of wars all Americans are at least tacitly complicit in by virtue of being taxpaying, suffrage-bearing citizens.

Gone are the days when Americans tuned in to watch William F. Buckley and Noam Chomsky clash over the Vietnam war. A fantastic debate over Congress’s role in foreign policy and declaring war is going on right now, with Congress keen to reclaim its power in both areas. However, this seems to be more a matter of professional duty than electoral pressure. Most American citizens are not lending their voice to one of the most important debates in post-9/11 civil-military relations. Whether or not Congress is adequately asserting its war powers is an important question for our democracy, but not one that citizens seem inclined to answer.

The military tends to ensconce itself in a bubble. Most of us live on base, socialize with other soldiers from work, and don’t interact with civilians as much as, well, civilians do. The civil-military divide is a two-way street, and we bear much of the blame for the current state of affairs. Although much has been written about how to close the civil-military divide on a policy level, if we truly seek a public that is engaged with their military, every service member can take the first step by simply leaving post and making friends with a group of civilians.

Thomas Sarsfield is a specialist and AH-64E Armament/Electrical/Avionics Systems Repairer with C Co., 1-1 ARB, 1st Infantry Division. He has deployed to Iraq and Syria. His articles have previously been published in Military Review and WAR ROOM. Spc. Sarsfield can be followed on Twitter @TomTalksNatSec. The views expressed are those of the author and do not reflect the official position of the United States Military Academy, Department of the Army, or Department of Defense.