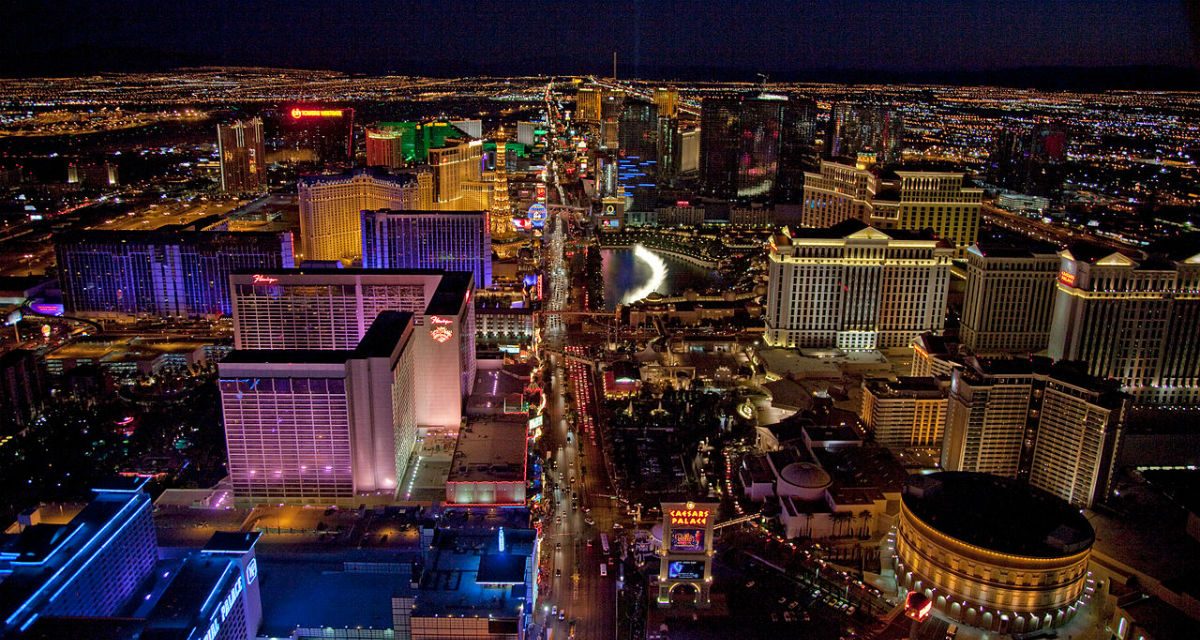 Editor’s Note: This article was originally published on October 17, 2017.

It will take months, possibly years, to fully understand how the senseless attack in Las Vegas will change American society. Hotels are considering metal detectors, X-ray screening of guest luggage, and mandatory room checks. Some are even questioning whether open-air concerts and festivals should be organized anymore. We should not change the way we live our lives in America. But we must begin to take a hard look at how we secure our cities.

In November 2008, ten members of the Pakistani militant group Lashkar-e-Taiba infiltrated the Indian city of Mumbai and conducted a coordinated terrorist attack that ended with 164 people dead and more than 300 wounded. The terrorists split into two-man teams armed with assault rifles and grenades. They targeted locations containing large gatherings of people, including a café, a hospital, a Jewish community center, a movie theater, a railway station, and two hotels. At the railway station alone, fifty-eight people died when a team entered and fired indiscriminately into crowds. Another team barricaded themselves for three days in a hotel, setting fires and taking and killing hostages before they were eventually killed by military commandos on the final day of the attack.

Attacks like the one that brought such violent destruction to Mumbai represent one of the greatest fears of those responsible for urban security. In Las Vegas, Clark County Fire Chief Greg Cassell initially wondered if the rounds raining down on the concert were part of a Mumbai-style attack. Clark County Sheriff Joseph Lombardo had previously traveled to Mumbai to study the attacks and credits the lessons learned there for the rapid response taken by law enforcement. He learned that the police can’t wait to secure a site and approach methodically. Instead any officer available, in teams if possible, must move immediately on the attackers. Speed is essential. Time is critical.

The Las Vegas shooting was not American’s Mumbai. But if there was one more shooter in another building, or if Stephen Paddock had kept firing or taken hostages, or explosives had been planted at one of the hospitals where hundreds of wounded were taken, the toll of death and destruction could have been worse than Mumbai.

Both the Mumbai terrorists and Paddock targeted the vulnerabilities inherent to urban environments. They attacked large crowds of people in densely packed spaces. They used buildings to turn cityscapes into battlefields.

Before we give into the terror that such attacks naturally engender and change the way we live, we should look at ways to make urban spaces and the buildings that define them work against attackers rather than for them.

Las Vegas requires that we begin to seriously discuss the resources and tools available to respond to urban attacks. What options did law enforcement have to respond to gunfire from the thirty-second floor of a high-rise building? The most conventional tactics start with positively identifying the shooter’s location, returning fire if possible, then isolating the attacker, and finally attacking his position with S.W.A.T personnel or procedures.

In the Las Vegas scenario, returning fire from the ground would have been very difficult. It would have required a high-caliber weapon and specially trained personnel able to get into a firing position quickly. It would also have been hard to confirm innocent people would not be harmed in the return fire.

To storm Paddock’s position, police first had to locate and move to it. Once they arrived on the thirty-second floor, they cleared every other room of guests before using explosives to breach his room. It took over seventy minutes from the time of Paddock’s first shots to the breach of his door. This was actually very fast under the circumstances—but also an enormous amount of time that the shooter could have used to kill more people or to prepare for the attacking police officers.

There are other options. The experiences of military forces who have seen the increasingly urban nature of conflict over the last twenty years hold important lessons. So too do those of emergency responders not typically thought of as resources that can inform the way security threats are planned for.

Incorporating these lessons, and thinking innovatively, is imperative, and will drive the development of new tactics. Instead of returning fire, for example, law enforcement drones could be used to disrupt the attack. This isn’t the stuff of science fiction; the military has seen the use of drones by terrorist organization like ISIS in just this fashion. Commercial drones rigged with explosives have targeted military forces in urban combat in Ukraine and the Middle East. Even a drone without explosives, such as the racing drones that can go from zero to eighty miles per hour in a second, flown straight into an attacker’s position, could interrupt an attack.

There are also existing tools that could be leveraged to use the buildings themselves against attackers. Most high-rise buildings in the United States are required to have electronic fire control stations and fixed smoke management systems. From these stations, firemen can control power, broadcast messages, and turn on water suppression systems. In some cases, they can even manipulate the smoke in buildings. One technique is to create a “clean” stairwell by sucking smoke out of it and pushing smoke into a separate “dirty” stairwell. Firefighters don their self-contained breathing equipment and use the dirty stairwell while people are told to evacuate by using the clean stairwell. The firefighters create an environment only they can operate in.

These technologies could be used to control, contain, disrupt, or neutralize attackers using a building as fighting positions. Depending on the situation, rooms could be filled with smoke, riot control gas, or even some type of sleeping gas. Russian security forces used this tactic in 2002, flooding an entire theater in Moscow with an unknown sleeping gas after forty Chechen militants took 912 hostages. There remains controversy around the episode because of the Russian government’s secrecy about the type of gas used and the lack of information provided to the medical teams that cared for the gas victims, but it clearly highlights how attackers’ decision to occupy buildings can be used against them.

Another option is to take access to targets away from attackers. The advantage Paddock had from his elevated position was his unfettered visibility of the crowds below. High-rise buildings could be rigged with industrial curtains to cover entire sides and dropped on command during an emergency. Such curtains are already in use, including in Las Vegas, where construction sites have been draped with curtains made to look like the finished building project. The technique has also been effectively employed on the modern urban battlefield. Residents of the Syrian city of Aleppo drape massive sheets between buildings to block snipers’ line of sight, giving them at least some ability to move around without fear of being shot in the war-torn city.

Many of these tools would require trained personnel at the right location and at the right time. One source of such personnel is the National Guard. Since 9/11, over 500 New York National Guard soldiers have stood watch at New York City’s major transit hubs—Grand Central Station, Penn Station, LaGuardia Airport, and other sites—to deter and detect terrorism.

Working as part of Joint Task Force Empire Shield, the soldiers are handpicked, have local expertise, and have arguably become the largest group of urban terrorism prevention specialists in the military. Usually in two-man teams, these uniformed, armed soldiers embed into the backdrop of the city’s vibrant activity. They conduct regular exercises to test their procedures for communicating and working with other agencies charged with the urban counterterrorism mission, law enforcement, and emergency response forces.

These soldiers are also a major component of the prevention strategy that will continue to be our greatest defense against urban terrorism—“If you see something, say something” campaigns have are undoubtedly here to stay. Putting more trained eyes into high-risk urban environments reduces risk; putting more trained security personnel with the right tools would increase the effectiveness and speed of responses.

The United States is becoming more urban every day. According to the US Census Bureau, more than 80 percent of the US population lives in urban areas, with forty-eight of the biggest metropolitan areas accounting for more than half of the entire city-dwelling population.

As we move forward as a society after the Las Vegas shooting, we must look at unconventional methods to make the urban environment less conducive to attackers. We can start now by turning the buildings against attackers who would use them against innocent victim. Doing so will help prevent America’s Mumbai.

John Spencer serves as the Chair of Urban Warfare Studies as the Modern War Institute and Co-Director of the Urban Warfare Project. He is a retired Army major who served 25 years as an infantryman, including two combat deployments to Iraq. Follow him at @SpencerGuard.