An Unforced Error: How US Attempts to Suppress the Opium Trade Strengthened the Taliban 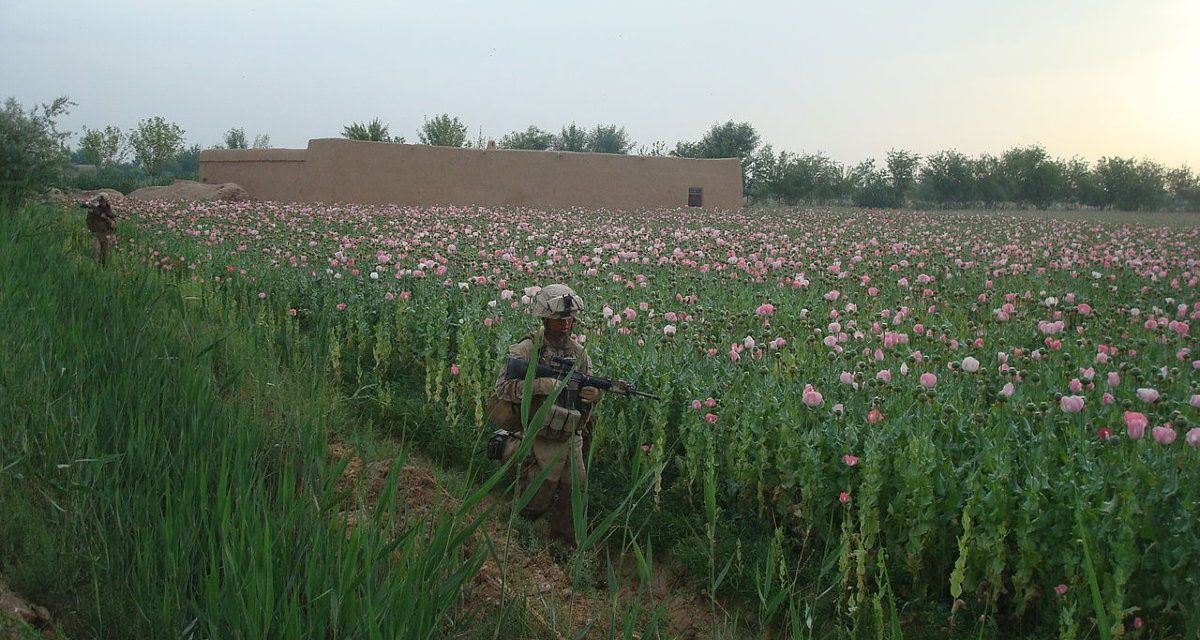 As the Taliban consolidates control in Kabul, the stunning fall of the Afghan government has prompted a torrent of questions about what went wrong. So far, much of this discussion has focused on the collapse of the Afghan military. But as the postmortem of America’s longest war begins, one mistake remains underappreciated: the stunning failure of US attempts to suppress opium production in Afghanistan—a policy that squandered billions of dollars, strengthened the Taliban, and destabilized the democratic government in Kabul.

For decades, opium production has played a substantial role in Afghanistan’s economy. In 2019 the United Nations Office on Drugs and Crime (UNODC) estimated that Afghanistan produced roughly 6,400 metric tons of opium. Sold at an average farm-gate price of $63/kilogram, this generated $400 million in revenue for Afghan farmers.

Afghanistan is also central to the global trade in opiates. In 2019 and 2020, the UNODC’s estimates put Afghanistan’s output at a remarkable 85 percent of global opium production. Afghanistan’s estimated share of global production has remained fairly stable over the last two decades.

In the early years of the occupation, US policymakers, believing that the drug trade was funding the insurgency, set out to crack down on it. But their efforts only exacerbated the problem.

A core issue underlying the failure of efforts to curtail the opium trade was the Afghan government’s lack of territorial control. Put simply, a government will always struggle to suppress economic activity on land over which it lacks real influence.

The timing of the US government’s counternarcotics spending allows researchers to see how opium suppression policies played out in practice. The Congressional Research Service reports that US aid to Afghanistan appropriated for counternarcotics purposes rose from zero in 2003 to $292 million in 2004 and to $934 million in 2005; it subsequently stabilized in the neighborhood of $500 to $600 million per year.

The increase in counternarcotics spending had little impact on Afghanistan’s total opium production. In the absence of territorial control, Afghanistan’s government was unable to either eradicate poppy fields or develop sufficient alternative economic opportunities to meaningfully reduce supply.

Alongside the lack of territorial control, more traditional economic forces contributed to the failure of US efforts to reduce opium production. From the perspective of Eurasian heroin traffickers, raw opium accounts for a small share of the cost of reaching either their middle- or high-income consumers. Most of the cost is driven by the expenses and risks associated with trafficking itself—bribery, money laundering, document forgery, and, when attempts to evade the authorities fail, violence. As a result, traffickers’ demand for the opium produced by Afghan farmers is inelastic, meaning that even a substantial change in the prices required by farmers will have a modest effect on the quantity the traffickers choose to acquire. This meant that the government’s efforts to reduce poppy cultivation had a greater effect on prices than on the quantity produced—the government drove up opium prices without reducing the quantity demanded by and produced for traffickers.

While overall opium production did not decline, it did undergo an important shift. Predictably, opium production shifted out of the government’s most tightly held provinces and toward provinces in which the government struggled to exert control. This stemmed from a straightforward issue of targeting and state capacity. Prohibitions can only be enforced on territory that the state governs. As a result, opium suppression efforts reduced poppy cultivation in provinces in which the Taliban had historically been weak. Before the increase in counternarcotics spending, poppy cultivation was prevalent in districts across the country. By the late 2000s, however, it had consolidated in areas dominated by the Taliban in the country’s southwest provinces, in particular in Helmand province, which regularly accounts for half of the land cultivated with opium poppies.

On its own terms, then, the counternarcotics effort was a disaster. It failed to reduce Afghanistan’s total opium production. What’s more, efforts to reduce the Taliban’s ability to profit from the drug trade backfired. In effect, the counternarcotics effort made the opium economy less competitive. Production from government-friendly regions declined, while the share of the drug trade located in Taliban-controlled regions rose. So too did the Taliban’s ability to profit from taxing farmers, providing protection services for traffickers, and participating in trafficking itself.

Today, the near-term fate of Afghanistan’s opium economy is uncertain. The Taliban will struggle to finance the ordinary operations of government, which have long been dependent on foreign aid. According to the World Bank, for example, foreign aid accounted for a remarkable 43 percent of Afghanistan’s GDP in 2020. The Taliban’s desperate need for resources will make continuing, and perhaps expanded, involvement in the drug trade an appealing option. At the same time, however, the Taliban may seek to enhance its international legitimacy through a ban on opium production, as it did in 2001. But the Taliban will struggle to sustain such a policy. In 2001, for example, the Taliban’s ban on production led prices to rise dramatically, which would likely have led to a resurgence of poppy cultivation whether the United States had toppled the Taliban or not. A similar dynamic may already be playing out, as the Taliban’s recent statements in opposition to the drug trade have reportedly been met with a substantial rise in opium prices across the country. Analysts should thus view the Taliban’s latest pledge to suppress opium production with skepticism. With the exception of a period extending from July 2000 through late 2001, the Taliban has historically been quite comfortable with taxing and otherwise profiting from the drug trade.

There are broader lessons to be learned from the failure of counternarcotics efforts in Afghanistan—the most important of which is that prohibitions on economic activity can be difficult to enforce. When a policy impinges on people’s livelihoods, it risks alienating the very population on whose loyalty the government relies. When state capacity is low, pursuing such policies is thus likely to be unwise. And it is precisely those who oppose the government’s authority, and have the means to resist it, who will tend to thrive in illicit markets. By creating such markets, then, prohibition policies can create economic environments that enrich the government’s adversaries. Similar dynamics have long been at play in the conflict between the Colombian government, drug cartels, and assorted paramilitary groups, where US aid has historically been linked to efforts to suppress cocaine production. And the role of organized crime during the US experiment with alcohol prohibition provides another relevant analogy.

As policymakers try to learn what they can from Afghanistan, they should not neglect the lessons of the United States’ failed counternarcotics policy. Groups that violently oppose the state enjoy substantial advantages as suppliers in underground economies. Economic prohibitions can thus have the unintended consequence of enriching the government’s opponents. When a state is weak, it should thus forego, or at least deemphasize, the imposition of economic restrictions. The ability to enforce prohibitions is a luxury reserved for stronger and more stable regimes.

Jeffrey Clemens is an associate professor of economics at the University of California at San Diego. He is also a Research Associate at the National Bureau of Economic Research and a CESifo Network Fellow. He tweets at @jeffreypclemens.