Analytics and Instincts: What “Moneyball” Should Really Teach the Army About Data-Rich Decision-Making 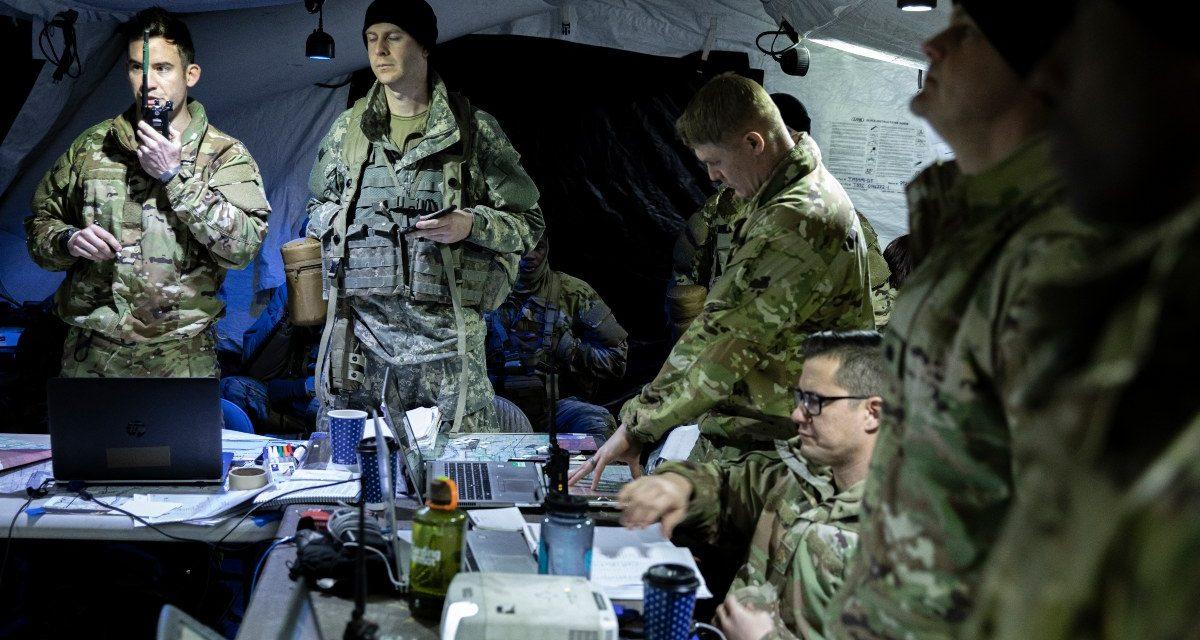 Numbers and statistics, forecasting and superforecasting, data analytics and data science—these are all rising buzzwords within US Army circles, and rightfully so. Using historical data helps optimize systems and processes while using forecasting tools to visualize the future improves planning. New software even takes most of the dreaded math out of the hands of users and offers simpler visualizations that help leaders make informed decisions. The Army is in a transition, becoming an increasingly data-rich system where decisions are based on historical data and informed as never before possible. Perhaps unexpectedly, then, recent years have seen a glut of commentary that encourages the Army to embrace data, emphasizing the argument with the most widely recognizable reference point for new, data-driven ways of doing business.

The story of the 2002 Oakland Athletics baseball team was popularized by Michael Lewis’s book, Moneyball, and even more so by the 2011 movie of the same name. A small-market team with a limited budget uses data analytics to optimize the efficiency of its roster, with a pair of executives aiming to reduce the team’s overall cost per win—and in doing so, to fundamentally disrupt the tried-and-true methods of scouting and signing players that teams across Major League Baseball had long adhered to. It’s an obvious analogy, and one with value in demonstrating the ways in which turning to data can illuminate previously hidden opportunities. But Moneyball holds a deeper lesson that is less often discussed—that of knowing when to turn to data and when to leverage other tools to inform decision-making. In short, the Army must find a balance between using data analytics and relying on the instincts and experiences of its decision makers. The problem is that during the massive (and much-needed) transition to a data-rich force, the Army is at risk of swinging too far onto the data-driven side of things.

During the 2002 season, the moneyball approach paid off for the Athletics. They finished the regular season with a record of 103–59—one more win than the previous year despite losing three of their best players, and with one of the lowest payrolls in the league. They made it to the playoffs—and lost. In fact, they haven’t won a World Series since 1989, long before the team adopted its data-centric strategy. This is the flipside of the moneyball coin: it is optimized to produce effects over a long, 162-game season, but not necessarily for the short series of the playoffs, where results might hinge on single games and even individual moments. So why would anyone imitate a team that didn’t win the championship? Because the Athletics made it to the playoffs eleven times over the past twenty-two years (2000–2021), tied for fifth most in the league. Despite not winning championships, they have consistently put themselves in a position to win a lot.

So why does this matter to the Army? For one, everything costs money. Since budgets are finite, the Army needs to be as efficient as possible in managing the money it does have and that becomes easier with improved data and analysis. Ignoring this reality is a good way to ensure that the money available is not spent in a way that helps the force prepare for wars of the future. It also is a good way to alienate key stakeholders in Congress. There is plenty of ongoing and important discussion on the value data scientists provide to improving efficiency in the Army workforce and reducing cost while potentially improving performance. In baseball, teams try to establish a metric for player value that allows them to determine return on investment for a contract. The Army continues to search for a similar metric to justify funding from Congress in a people-driven service.

Second, commanders need information to better understand and visualize what is happening and thereby make better decisions. A staff’s ability to digest data and convert it to useful information communicated in a way that improves a commander’s understanding is what makes the staff valuable. Incorporating new technology and skill sets that make understanding faster and easier can be the difference between success and failure from the strategic level to the tactical level on the modern battlefield. In baseball, this takes the form of charts showing where batters tend to hit the ball to recommend shifts in defensive positioning, graphics representing hitter strengths and weaknesses, and video helping pitchers adjust their pitching mechanics. Like large operations research and systems analysis sections, baseball teams have created large data analytics departments to improve team performance on the field.

Problems emerge, however, when the data does the decision-making itself as opposed to providing a recommendation that is combined with experience. Take, for example, the season opening game between the Philadelphia Phillies and the Atlanta Braves in 2018. With his team winning 5–0 and his starting pitcher dominating the opposing team, Phillies manager Gabe Kapler switched to a relief pitcher because analytics told him a starting pitcher fares poorly when facing a lineup three times. The new pitcher promptly gave up several runs and Kapler’s team went on to lose the game. Statistically speaking, Kapler made the right choice. But in a one-off scenario, the statistically right choice can still end in a loss.

Probabilities essentially come down to just the likelihood of one thing happening over another. In baseball, a team can win a game or now, make the playoffs or not, and go on to win the World Series or not. Generally speaking, the longer a team plays the percentages the closer to the projection they will get. This is why the Athletics can relatively consistently make it to the playoffs. The problem is that once in the playoffs each game functions almost independently or at least the grouping is smaller. This magnifies the impact of each decision in each game and takes away the benefit of things evening out. In many ways, because each game means more toward the overall goal of winning the championship, the approach to the game changes. There is more dependence on “gut instinct” and “feel” for the game as well as momentum and energy.

This applies to war and the Army’s approach to winning, in part, because there is more than one “game” the Army is trying to win. On one hand, it has to be capable of winning short and violent conflicts where small decisions can make or break the outcome, the “wars of annihilation” in which the goal is the destruction of the enemy force. Winning the short and violent conflicts is akin to the baseball approach in the playoffs, when everything is committed to the fight and a highly capable professional force’s training and experience—individual and institutional—can have a disproportionate impact.

But the Army must also be capable of winning long, drawn-out conflicts, the intensity of which can vary widely. Operation Enduring Freedom, Vietnam, and even World War II are examples, and these types of conflict require a dedication to resource management and playing probabilities. Leadership is comparatively more focused on the longer-term goal of having the correct resources in place to continue the fight tomorrow. Success is measured over a longer timescale.

Balancing these demands—to be capable of achieving immediate, short-term success as well as long-term success over time—requires the Army to build a team that embraces analytics for what it can provide, but also knows when to go against the book. It needs strategic- and operational-level commanders and staffs that embrace the analytics to reduce friction and prevent catastrophic long-term failure but are willing to trust tactical commanders and staffs to know when to rely on their instincts—honed by years of training, education, and real-world experience—to improve upon the projections provided using hard data. It isn’t an easy balance and both leaning fully into technological modernization while also reinforcing an organizational commitment to leader development.

As a profession, it is important to look outside our specialization for ideas to learn from. If the Army can improve its efficiency and increase the probability of victory by creatively employing data like the Oakland Athletics did, then it would be foolish not to. But the larger lesson of Moneyball is that the Army needs to pair its data analytics revolution with the understanding that it also needs to have a formation that can trust its instincts to manage the situation on the ground. In other words, it’s okay to trust the book to tell you when to pull a pitcher most of the time. Sometimes you also need a manager that knows when to ride the hot hand and assume some risk.

Major Garrett Chandler, an Army logistician, is a recent graduate of the School of Advanced Military Studies and his next assignment is to the 4th Infantry Division, at Fort Carson, Colorado. He previously served as the course director for the Army’s Supply Chain Management and Master Logistician courses at Fort Lee, Virginia. He holds a master’s degree in supply chain management from Virginia Commonwealth University and a graduate certificate in business analytics from the University of Nebraska–Lincoln.