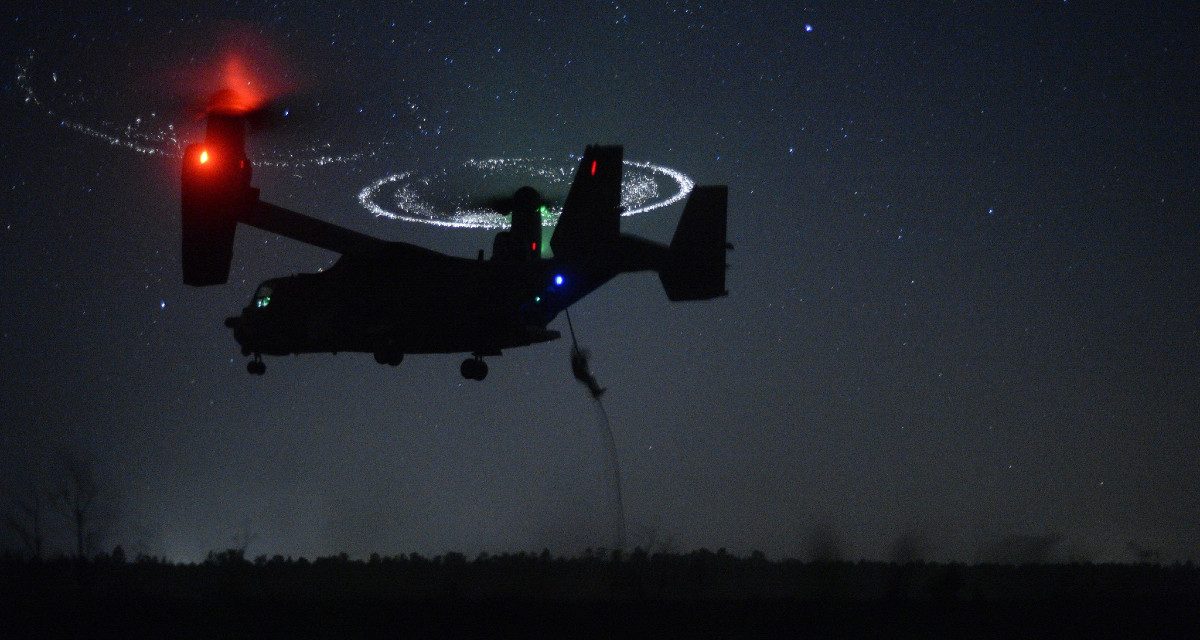 Irregular warfare is executed across all domains and when operations require air support, Air Force Special Operations Command (AFSOC) stands ready to provide specialized skill sets to IW practitioners. As irregular warfare faces an uncertain future, so does AFSOC and its air commandos. The command stands at an inflection point in which it must prepare to compete against great powers while continuing the fight against violent extremist organizations. How must AFSOC change in order to meet divergent demands for specialized airpower?

Episode 44 explores AFSOC’s current efforts to build the organization that will be needed to meet future threats. Our guests begin by explaining AFSOC’s role within the irregular warfare space. They continue by discussing how AFSOC can manage to adapt to new adversaries and threats in a flat resourcing environment. They then discuss how AFSOC can leverage its human talent to incorporate new technologies and find innovative solutions to future problems. They conclude by examining the possibilities of different metrics of success within IW and how great power challenges may need to define success along multiple time horizons.

Lt. Gen. Slife was born outside of Detroit and grew up in Hot Springs, Arkansas. He was commissioned through the ROTC program at Auburn University and has spent the majority of his career in special operations aviation assignments, deploying extensively.

Dr. Richard Newton is an adjunct professor at the Joint Special Operations University. His areas of expertise include irregular warfare, airpower, and the integration of special operations and conventional forces at the theater level. He has developed and delivered special operations–focused curriculum for the US Army Command & Staff College, US Naval War College, US Army School of Advanced Military Studies, Joint Forces Staff College, Joint Advanced Warfighting School, and NATO Special Operations School.

Dr. Newton graduated from the US Air Force Academy in 1977 with a BS in military history. After graduation he earned his pilot wings and went on to serve twenty-two years as a combat rescue and special operations helicopter pilot, combat aviation advisor, strategic planner, and educator.

The hosts for this episode are Laura Jones and Shawna Sinnott. Please contact them with any questions about this episode or the Irregular Warfare Podcast.

The Irregular Warfare Podcast is a product of the Irregular Warfare Initiative, a collaboration between the Modern War Institute at West Point and Princeton University’s Empirical Studies of Conflict Project—dedicated to bridging the gap between scholars and practitioners to support the community of irregular warfare professionals. IWI generates written and audio content, coordinates events for the IW community, and hosts critical thinkers in the field of irregular warfare as fellows. Make sure to follow IWI and subscribe to the IWI newsletter so you don’t miss any content!