Are All Nukes Created Equal? Understanding What a Nuclear Capability Would Mean to Iran 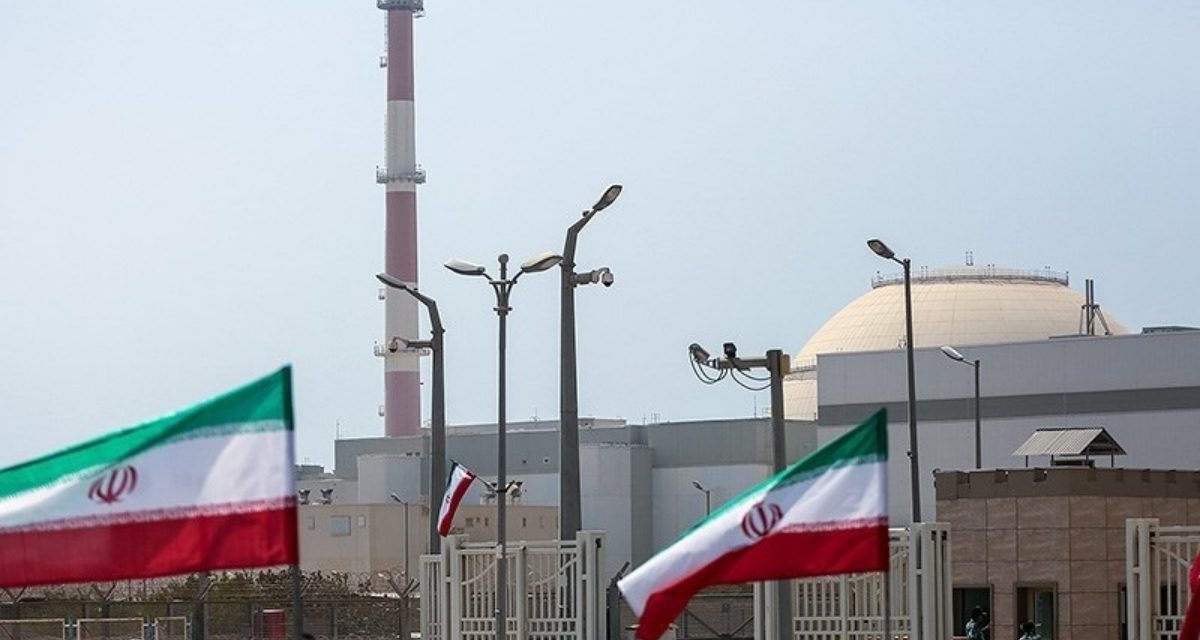 Are all nuclear states created equal? This is an essential avenue of analysis not only in assessing states with existing arsenals but in examining the intentions of prospective nuclear powers. For example: How useful would a nuclear capability actually be to Iran?

The subject is no longer just an academic question, with the fate of the Joint Comprehensive Plan of Action uncertain amid an eighth round of talks in Vienna. Were Iran to deploy nuclear weapons, it would seemingly reshape the security landscape in the Middle East. However, at least initially, the utility of an Iranian nuclear capability could be constrained by practical factors, such as weapon yield, reliability, and deliverability.

The general parameters of an Iranian capability can be inferred from documents associated with an earlier iteration of Iran’s nuclear program, Project Amad. As briefed by the Israeli government in 2018, Iran was originally believed to be pursuing an arsenal of five bombs, each with a yield of ten kilotons, comparable to the Little Boy device detonated over Hiroshima.

In itself, this is a formidable capability. But when compared to the arsenals of other regional and global nuclear powers, its potency fades. Iran’s own population would not be immune from retaliation were Tehran to actually use a nuclear weapon. Here the lower yield of its initial bombs would be a major disadvantage. Using the open-source nuclear estimator, NUKEMAP, developed by nuclear historian Alex Wellerstein, Iran’s vulnerability becomes plain.

Consider a simulation of an Iranian-Israeli nuclear exchange in which a single bomb is detonated over Tehran and another over Tel Aviv. An Iranian bomb with a yield of 10 kilotons would kill seventy-seven thousand Israelis, a horrific figure. But unlike Iran, Israel is known to have boosted-fission weapons and there is persistent, albeit unconfirmed, speculation it also possesses thermonuclear weapons. These devices are significantly more destructive than what Iran would employ. Using a relatively low boosted-fission yield estimate of forty kilotons, the Israeli strike on Tehran would kill about 359,000 and wound almost nine hundred thousand, a morbid illustration of why weapon yield is so important.

The intention here isn’t to argue by some twisted logic that Israel would “win” such a nuclear exchange by “only” losing nearly eighty thousand citizens compared to five times as many losses for Iran. Rather, it is to illustrate that massive casualties from retaliation will act as a severe constraint on Iranian nuclear use. As easy as it is to summon stereotypes of “mad ayatollahs,” Iran has traditionally been cautious with respect to overtly hostile actions, preferring to work through proxies and cut-outs. In short, it has demonstrated a healthy fear of retribution. The prospect of hundreds of thousands of casualties, possibly in multiple Iranian cities, would be an unavoidable break on how reckless Tehran can be if it does enter the nuclear club.

This becomes even more apparent when one considers the US nuclear arsenal and possible strikes against US forces based in the Persian Gulf. Another simulation with NUKEMAP shows that a single US W88 thermonuclear warhead would instantly kill 1.2 million Iranians if deployed against Tehran and wound nearly twice that. And a single Trident missile carries up to five W88s.

All of this assumes Iran can reliably deliver a nuclear weapon. Being able to assemble and even detonate a bomb does not automatically translate into an operational capability. Iran must also have the means to mate it successfully to a missile and ensure the device (a) can survive the extreme vibrations and temperature changes of missile flight and (b) explode at an optimal height to harness the warhead’s destructive power. Correctly “fuzing” a nuclear weapon is a technological challenge in its own right.

Then there is the question of an effective delivery vehicle. In recent years, Iran’s missile program appears to have made important strides. The attacks launched in retaliation for the killing of Qassem Soleimani demonstrated far greater accuracy than had been anticipated. But while much attention was given to the improvement in accuracy, less discussed is that four of the fifteen missiles launched against US bases in Iraq failed, according to the Department of Defense.

There is some debate on the precise mix of systems used in the attack, but credible independent analysts suggest it was a combination of liquid-fueled Qiam variants and solid-fueled Fateh variants. Some reports indicated that it was Qiams that failed, with four of five falling short of their intended target, the US base at Erbil.

This point takes on greater import when one considers that Iran’s primary means of nuclear delivery against Israel would likely be the Shahab 3 medium-range ballistic missile (MRBM), which is liquid-fueled like the Qiam. Liquid-fueled missiles tend to have greater payload capacity and range as compared to similarly sized solid-fueled missiles, but they also traditionally are more susceptible to failure.

Of course, it would be imprudent to assume the liquid-fueled Shahab 3 automatically has a high failure rate. But it also would seem incorrect to assume that its reliability is 100 percent given the performance of other Iranian liquid-fueled systems. If the Shahab 3 has a failure rate of 10 or even 5 percent, how confident could Iranian leaders be in utilizing it for nuclear delivery, particularly given a small number of potential warheads?

Iran was working on a solid-fueled MRBM, the Sejjil, in the early 2000s, but seemingly abandoned the project in 2011. A report by the International Institute for Strategic Studies noted the reappearance of the Sejjil during the Great Prophet military exercise in early 2021, but its operational status is otherwise unclear.

Even assuming a reliable delivery vehicle, Iran must also contend with another impediment: active missile defenses. In the specific case of Israel, these are significant. First, it has the Arrow 2, a system roughly comparable to the US Theater High Altitude Air Defense (THAAD) system, which is capable of engaging MRBMs like the Shahab 3. Second, in 2017, Israel began deploying Arrow 3, which has the capacity to counter missiles with even greater range, although it also is effective against threats like the Shahab 3 and was successfully tested against a proxy for that missile in Alaska two years ago. Added to this, the United States can also deploy THAAD itself to Israel in the event of a crisis as an additional layer of protection, as it demonstrated in 2019.

Missile defenses should never be taken as foolproof. Arrow 2 and Arrow 3 are likely engineered to similar standards as THAAD—which has a single-shot effectiveness of between 80 and 90 percent. Layering systems and the opportunity for multiple shots might further increase effectiveness, at least in theory. That said, active defenses have never been tested under real-life combat conditions against systems with the range and speed of the Shahab 3. It is possible that the actual performance of the Arrow systems or THAAD could be less than anticipated.

No doubt this must be a concern for Israeli leaders who would clearly prefer an airtight system against a possible nuclear-armed missile. But the Iranian leadership must also consider the inverse: that Israeli and US missile defenses do work as advertised. It raises the prospect of a worst-case outcome for Tehran where it suffers the penalty for employing nuclear weapons without actually inflicting damage on Israel. Thus, even if they are not 100 percent effective, Israeli and US active defenses carry important deterrent weight with respect to Iranian nuclear use.

In general, the limitations of Iranian capabilities—at least as they will initially be fielded—posits their use primarily as weapons of last resort. If Iran was facing existential attack, Tehran might be willing to risk nuclear use despite the drawbacks cited above. But that confines employment to a very limited set of circumstances. As discussed previously in these pages, prospects for a physical invasion of Iran have waned significantly given the challenges the United States would today face in launching a large ground assault from either Iraq or Turkey. Thus, the scenario where nuclear weapons might be most useful to Iran also appears among the least likely.

None of this is necessarily cause for optimism. Any expansion of the nuclear club is a gravely serious matter, let alone the addition to that club of an authoritarian theocracy. But it is worth emphasizing that there are practical constraints on how useful nuclear weapons might be to Iran—unless it substantially increases the number and yield of its warheads and the reliability of its delivery means. And given some of the negative consequences that crossing the nuclear threshold might bring—to include the potential for knock-on proliferation among its neighbors—it is far from certain that the overall net effect on Iran’s security would be a positive one.

Mike Sweeney is a PhD student at the Schar School of Policy and Government and a fellow at Defense Priorities. He is the author of “Considering the Utility of an Iranian Nuclear Bomb,” on which this article is based.