The Army Has a Revolutionary New Talent Management System. Now We Have to Make it Work. 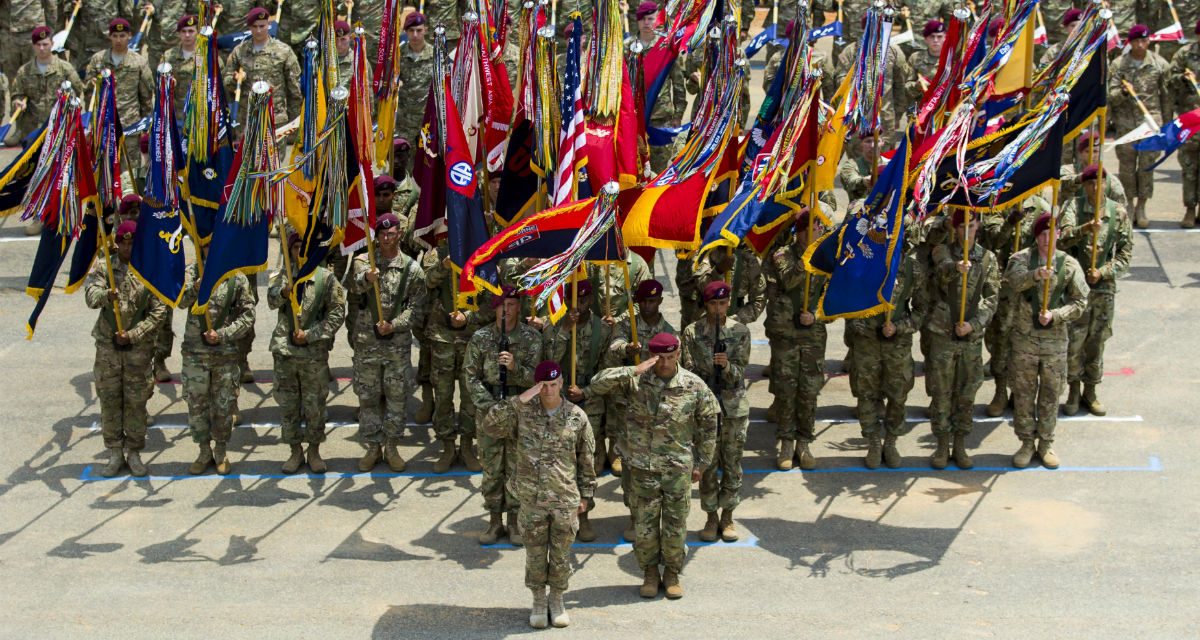 Many Army officers share a common pastime—solving the Army’s talent management problems. The constant refrain is that the Army does little to retain talented officers. It’s a hard criticism to ignore, given a study conducted by the Army’s Office of Economic and Manpower Analysis that highlighted the Army’s officer retention issue.

The study noted that for the officers whose four-year education was paid for—West Point graduates and ROTC four-year scholarship recipients—“the Army paid for the undergraduate education of these officers due to their demonstrated intelligence, leadership potential, and high aptitudes for learning. Coupled with the education and training provided by the Army, these characteristics are in demand everywhere and are aggressively sought by outside employers. As these officers have the greatest range of employment options, they more often exercise those options when their Army careers fail to meet their expectations.”

In addition to this retention problem, the Army has another retention challenge to address. With DoD’s recent adoption of the Blended Retirement System, officers who leave the armed services prior to the twenty-year retirement mark will now leave with some retirement compensation. Essentially, this means the Army can no longer assume that an officer who has already committed ten or twelve years will stay until twenty years. The severity of the impact will not be known for several years, but the Army will likely face reduced retention in the field-grade population.

One way the Army is addressing these retention issues is by making revolutionary changes to the talent management system. But will it work?

Shortcomings of the Current System

Officer assignments are managed by branch managers who are decision makers for entire cohorts of officers and who have the challenging task of matching dozens, if not hundreds, of officers to assignments. A major frustration among officers is the opaqueness of this process—officers’ preferences are the lowest-priority factor for slating and there is no requirement for branch managers to explain the rationale behind assignments.

Even when branch managers want to give officers their preferences, they are hamstrung by things like the rigid career structure required for each officer. This is because the Army requires officers to complete key developmental (KD) assignments and rank-based schooling before becoming eligible for promotion. The strict requirements for promotion eligibility combined with the consequences for failing to promote—officers who are not selected for a higher grade for the second time must be discharged from service—do not give branch managers the ability to fulfill every officer’s preference.

This results in a system that is designed for overreach in ways that defy logic. In 2017, Capt. Reed Caradine, a 2013 West Point graduate and infantry officer, submitted a request to leave the Army. His branch manager denied the request because Reed had three-years remaining on an active duty service obligation that he incurred under a subsequently suspended program called GRADSO. Even though he was dismayed, he found a perfect fit for his remaining three years—to work in the Army’s new physical training initiative in preparation for the implementation of the Army Combat Fitness Test. A slot was available for an infantry officer and Reed, a tall, lean, and physically fit officer, requested the assignment through his branch manager. The request was denied because Reed, an officer who months prior submitted a packet to leave the Army, needed to attend the captain’s career course to prevent him from becoming ineligible for promotion to major.

To fix all of this, the Army created the Army Talent Management Task Force, headed by Maj. Gen. JP McGee. On the first day of his tenure as the fortieth chief of staff of the Army, Gen. James McConville declared that people are his number one priority and that Maj. Gen McGee’s task force is the primary agency carrying out his vision. Speaking about his focus on people and upcoming changes to talent management, Gen. McConville has said, “[Today’s soldiers] want to be recognized for their knowledge; they want to be recognized for their skills. The other thing they want us to recognize is their preferences, which is a change in the Army, where if we can put someone in a place where they want to go, doing what they want to do, then we’re absolutely going to try to do that.”

In September, the Army published Execute Order 145-19, which overhauled the talent management system and implemented changes that address the lack of control officers have in their careers. The order introduced the Army’s new talent alignment process, called ATAP, which is currently undergoing a pilot program and incorporates several major changes. Most notably, officers and units will participate in a marketplace and submit preferences for each other, with an algorithm matching officers to assignments. Additionally, brevet promotions are available for critical shortages that are not filled through the marketplace. The process also does not allow Human Resources Command and branch managers to break matches due to officer dwell time (an officer who has not deployed recently is not required to go to a deploying unit), to distribute talent across the force, or to place an officer in a KD assignment. Finally, by-name requests from general officers will no longer be accepted—the marketplace will honor one-to-one matches between officers and units. In theory, then, the ATAP not only addresses the lack of control officers have in their careers, it also gives officers the ability to determine when and if they will pursue KD assignments.

A competitive marketplace and its possible benefits to retention is not a novel concept—proposals for such a program were covered by media as far back as 2011—but it is encouraging that Army senior leaders have taken audacious steps to implement change. For this initiative to be successful though, the Army must receive buy-in from all stakeholders. Congress, Army senior leaders, and participants in the marketplace must be committed to making this new system work.

Congress and Army senior leaders should continue by providing resources, support, and oversight for the talent marketplace. This is important because there have already been issues with the roll-out of the pilot program—the marketplace debut was delayed by ten days—and a critical mass of sustained support will be required to reduce the risk of new leadership abandoning the project altogether. Additionally, Congress and Army senior leaders must fully address the challenge of filling critical but undesirable assignments. While brevet promotions may address this issue in part, they cannot solve it entirely because the Army is limited to 770 brevet promotions across all eligible ranks. If the Army provided cash incentives for officers to compete for certain assignments—increasing the cash incentive until the assignment receives adequate interest—it could increase competition for these assignments and provide a more balanced distribution of talented officers throughout the Army. As duty assignments and locations come into and out of favor, the Army could adjust the cash-incentive lever and avoid overpaying officers to go to assignments that have increased in desirability.

As participants in the marketplace, officers and units must also commit to making this system work. Under the new system, officers are given flexibility to manage their careers and ensure they meet appropriate milestones for promotion. This requires officers to become familiar with the requirements for promotion and compete for assignments that meet those requirements. Also, officers must put aside frustrations with the new system and give it a chance. While technical glitches limited access to the marketplace during the pilot period and correspondence with units was sparse for some, there is a reason to be hopeful: the initial marketplace results returned a one-to-one match for 45 percent of 14,482 participating officers.

For their part, units must embrace this new system—and fast. Dr. Casey Wardynski, the assistant secretary of the Army for manpower and reserve affairs, recently commented that units are the slowest to adapt to the new system because they are not accustomed to competing for officers. Whereas previously the Army sent officers to units without input from the unit, the onus is now on the unit to conduct the legwork to bring talented officers to their formations. Commanders and their staffs must take the time to understand the attributes required for the jobs they need filled. Once compelete, they must pore over officers’ resumes in search of the required attributes, and then recruit their top-choice officers to join their units. Early adopters will be rewarded with officers who feel valued, and in addition will benefit from choosing the right officer for the right job.

The Army cannot afford to get this wrong. The Army is manned by talented officers throughout the force, but there is an exodus at the eight-year mark by the officers the Army invested the most in. When talented officers leave there is less competition for promotion among the field-grade population. The effects of poor talent management might not be felt immediately; however, for every talented officer that leaves, there is one less talented officer eligible to command a battalion or brigade. And if the Army does not have the most capable battalion and brigade commanders leading their formations, it will be less ready to fight and win America’s wars.

Brennan Randel is a captain in the United States Army and is the commander of Alpha Company, 4-2 Attack Reconnaissance Battalion stationed at Camp Humphreys, South Korea. Brennan commissioned from West Point in 2013 as an aviation officer. Follow him on twitter @BrennanRandel. The views expressed are those of the author and do not reflect the official position of the United States Military Academy, Department of the Army, or Department of Defense.