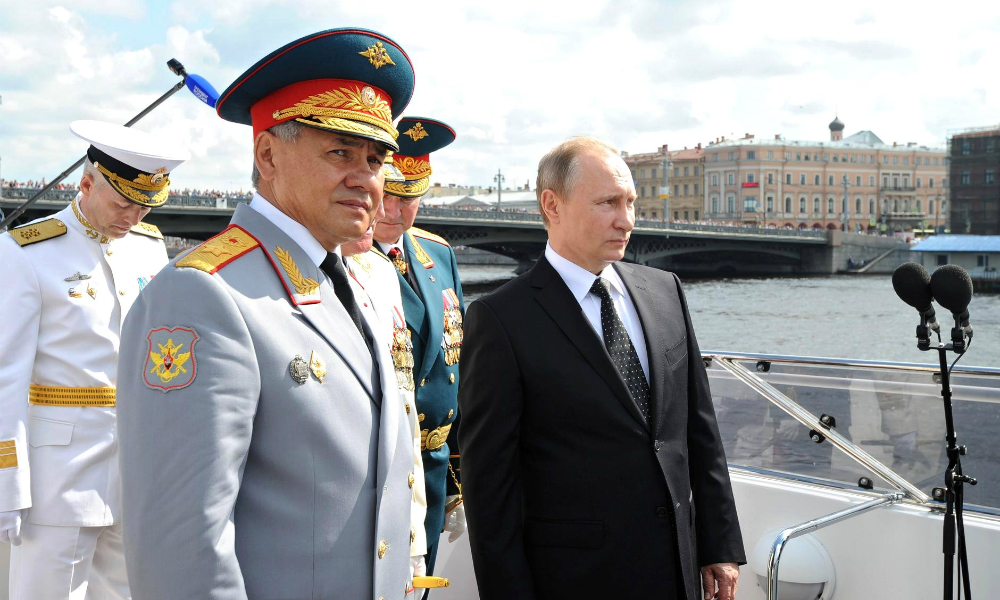 On October 21, Masha Gessen spoke at an event organized by the Modern War Institute. Speaking to a large audience of cadets and faculty, Gessen, a Russian and American journalist and author of The Man Without a Face: The Unlikely Rise of Vladimir Putin, discussed the challenge the West has faced in trying to make sense of Russia under Putin’s rule. The answer on how to do so is actually simple, she explained: Listen to him.

“Vladimir Putin has been quite clear and quite consistent about telling the world what he was going to do,” Gessen argued. Unfortunately, she says, Western officials haven’t always heard the messages he was sending.

Gessen pointed to several key moments when Putin has made bold statements that, if recognized for what they were, would have signaled his intentions to the West. The first of these came in 2007. That year, Estonian officials moved a Soviet-era monument from its location in central Tallinn, the capital of the former Soviet state, to a location at a military cemetery outside the city. In response, a series of cyber-attacks widely attributed to Russia, though never claimed by the Kremlin, effectively shut down the Estonian government for days. In effect, Gessen argued, this was Putin making clear that he viewed Russia through the lens of its Soviet lineage and that he “refused to accept the narrative of occupation” promulgated by former Soviet states. Understanding the role that Soviet history played in motivating Putin is key to understanding his current actions, she went on.

The second incident Gessen pointed to was his speech at the 2007 Munich Security Conference, in which he claimed that NATO’s post-Cold War expansion was a violation of promises made before the dissolution of the Soviet Union. The problem, Gessen explained, was that no such guarantees had been made. In retrospect, the following year’s incursion into Georgia­ was foreshadowed by his willingness to distort historical reality and his claim of Russia’s right to respond to provocative “violations of this promise.”

Finally, in March 2014, with the crisis in Crimea unfolding, Putin once again signaled that “Russia does not accept the post-Soviet status quo” in Europe, Gessen said. In a speech that month, she explained, Putin “talked about how Russia had been betrayed by the West, how NATO had lied to Russia, and how Russia would act to protect Russian compatriots abroad.” This last point is most worrying, Gessen suggested. That his promise did not extend only to protecting Russian citizens abroad, but Russian “compatriots”—ethnic Russians and Russian speakers—is a strong statement given the large Russian minorities living across its frontiers, particularly in the Baltic states.

Gessen drew comparisons between Putin’s assertive public statements and those of Adolf Hitler in the years leading up to World War II. In particular, she pointed to Putin’s description of a “divided” Russia—between those living within its borders and the large Russian minorities in neighboring states—and similar statements made by the Nazi leader about German-speaking Czechoslovakians abroad before he ordered the occupation of the neighboring Sudetenland.

Gessen acknowledged that drawing exact parallels between Putin’s Russia and Hitler’s Germany is problematic. But she argued that in particular instances, both leaders’ public statements foretold their future actions.

CDT Brist said he enjoyed the talk. “She was very knowledgeable about the topic. I was interested by how far back in history she went to explain Putin and Russia today.”