Bab al-Mandab: Hard Times at the Gate of Tears 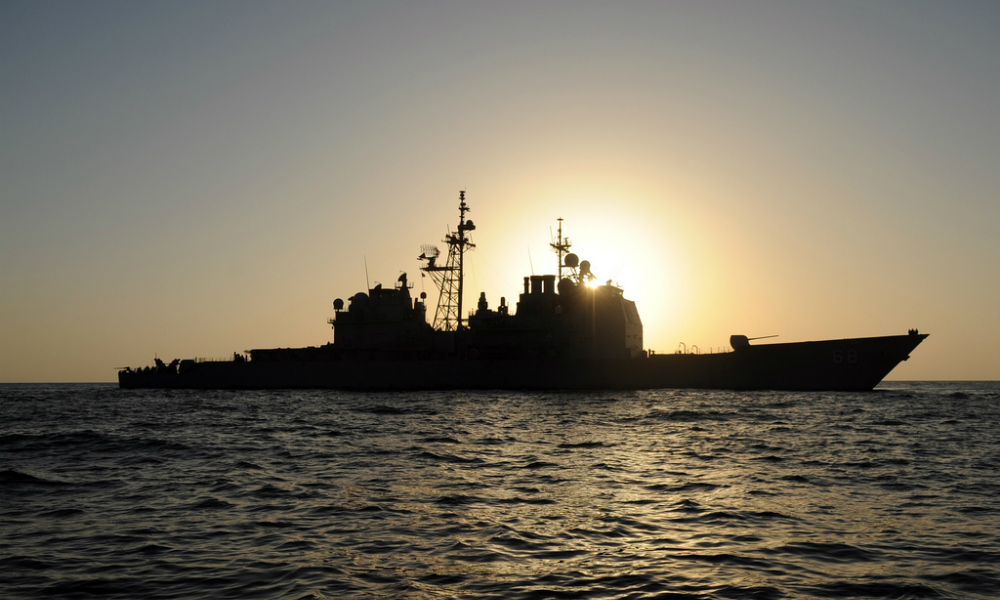 Ask someone to name the most critical maritime passages in the world, and you’ll generally get a pretty standard list: Hormuz, Suez, Panama, Gibraltar, maybe even Malacca. More rarely will you hear the words Bab al-Mandab. This is a strange thing, for a simple look at a map should indicate that the narrows connecting the Red Sea to the Gulf of Aden (and so, in turn, connecting the Mediterranean to the Arabian Sea and Indian Ocean) are as likely as any in the world to be both heavily trafficked and vulnerable to targeting by those wishing to disrupt that traffic.

Recent events in the Bab al-Mandab, in fact, are bearing this out. Earlier this month, a United Arab Emirates ship took rocket fire from the Yemeni shore as it passed through the straits. On Sunday, a U.S. Navy vessel patrolling the area was also the target of such fire. On Wednesday, that same ship was targeted again. All of these incidents have been widely blamed on the Houthi rebel group that is currently engaged in an all-out war for control of Yemen. To many, this by extension means that Iran is now threatening the Bab al-Mandab Strait in the very same way it has threatened those of Hormuz for years. This is because the Houthis are widely viewed as Iranian partners or clients of some degree. That “some degree” is indeed important in the broader picture of the Yemen struggle — views vary as to whether the Houthis, whose current conflict pits them against the Saudi Arabian military, are outright Iranian proxies in a struggle for control of the country or merely partners of convenience that receive some lesser measure of moral and material support.

Either way, it is sure that at least some Houthi armaments are provided by Iran, and that the latter has historically benefited from supporting external elements that both destabilize the prevailing order of the greater Middle East and threaten harm to the United States (see Iranian interference in Lebanon, Syria, and Iraq, for starters). So, even without settling the question of the extent of Iran’s involvement with the Houthis, it can be said that an international power with a history of both sponsoring violent foreign factions and antagonizing shipping in important maritime straits (Hormuz) now has some role in the activity that threatens the southern entrance to the Red Sea.

Several strategic factors lend further complexity and importance to this situation. Most obviously, there is the Bab al-Mandab Strait itself, which is a critical route for trade between East Asia and Europe (and everywhere in between) — but also the key transit route for ships from Saudi Arabia’s Western Fleet, based in the Red Sea port of Jeddah. The entire length of the waterway is bounded on the eastern side by Yemen, which is essentially ungoverned and, as described, home to both local hostile forces and potential Iranian infiltrators. On its western banks, the strait is bordered by Djibouti, a reliable, Western-friendly partner whose naval capabilities are nonetheless nascent (and whose relations with Eritrea, its neighbor with significant coastline to its north, are shaky at best).

Djiboutian shores host a variety of foreign military entities, including the main U.S. outpost in the region at Camp Lemonnier, Japanese and French forces, and a Chinese naval base under construction. Whatever else these bases signal, their presence does reflect that even nations with potentially conflicting interests have a mutual stake in keeping Bab al-Mandab open. At the same time, even with this mix of forces present, the basing capacity and military presence in Djibouti still pales in comparison to that which is available to watch over and respond to events in Hormuz: the U.S. Fifth Fleet in Bahrain.

All of these factors bear examining as the United States and its partners determine their long-term plans for keeping Bab al-Mandab secure and open, no matter what the intentions of Yemeni rebels or Iranian forces. The most extreme reaction would involve further engagement in Yemen’s land war, whether through direct use of U.S. forces or support for the Saudi-led effort to defeat the Houthis and their allies. Given the controversial nature of that conflict and the slim chances of attaining peace and stability through such involvement in Yemen, however, this course of action is unlikely. More probable measures would include further bolstering organic Djiboutian capabilities (likely as a shared effort amongst international partners with interests in keeping trade flowing), expansion of foreign military presence at Djiboutian bases (perhaps to include dedicated multinational forces to respond to Bab al-Mandab issues), and shifting or sharing surface assets from Combined Task Force 151 (the multinational counter-piracy task force that operates in the Somali Basin and Gulf of Aden) to patrol the straits. Ultimately, some combination of all of these and other measures is probably most likely: a retaliatory targeted strike launched from a U.S. surface asset (as occurred on Thursday, with a U.S. Navy ship in the Red Sea launching cruise missiles at three radar sites in Yemen), followed by coalition planning for rapid response to any further incidents, and perhaps some additional investment in expanded local partner capabilities, increased periodic presence at sea, and even multinational exercises in the area.

No matter what steps are taken, however, the Bab al-Mandab Strait is likely to be much more discussed in the near future than it has been in recent the past. Yemen’s instability, with all its implications for the longstanding regional power struggle between Saudi Arabia and Iran, will continue to put the security of that sea lane into question. The broadest possible coalition — consisting not only of countries in the region or those with military forces stationed nearby, but also all those with an interest in free and secure international shipping — should be ready and willing to contribute to efforts to keep the strait open and safe.

Kevin Duffy is a Lieutenant Commander in the United States Coast Guard and the Commanding Officer of Maritime Safety and Security Team Miami. He previously led the Coast Guard’s Middle East Training Team and served in the office of the Secretary of Homeland Security. Kevin writes and publishes widely on topics including national security, maritime issues, culture, religion, and sports. The thoughts expressed here are his own, and do not reflect the views of the Coast Guard, Department of Homeland Security, or any other government agency.
Share on Facebook Share
Share on TwitterTweet
Share on LinkedIn Share
Send email Mail
Print Print