Back in the Fight: Divisions, Corps, and Armies in Competition and Conflict 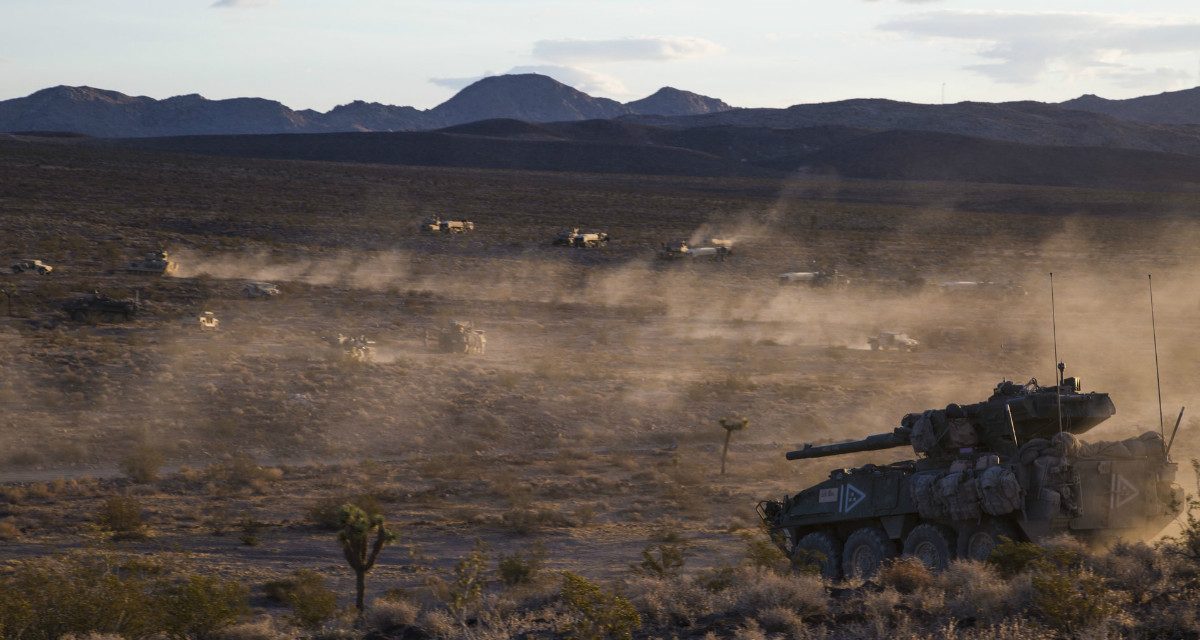 In recent years the United States military has shifted focus toward great-power competition against a variety of potential state and nonstate adversaries. For the US Army, specifically, this means that following decades of counterinsurgency operations in Afghanistan and Iraq, it is now posturing to compete and win against peer and near-peer opponents who feature advanced military capabilities designed to deny American influence and freedom of action. This shift in emphasis, which requires the service to rebuild and refine capabilities at theater army, field army, corps, and division echelons, is essential to its ability to achieve US objectives.

The evolving anti-access and area denial capabilities of potential adversaries like China, Russia, Iran, and North Korea present potent challenges to the Army’s ability to conduct expeditionary warfare at the operational level—where intermediate commands connect tactical actions to strategic aims. As belligerent nations strive to establish regional hegemony and undermine American credibility, their advances in establishing layered standoff and hybrid approaches have enabled marked increases in political and territorial aggression. The Army, as America’s primary landpower institution, has a responsibility to safeguard national interests against these threats in the land domain.

However, alongside the Army’s increased focus on countering peer and near-peer adversaries is the continuing, and often overlapping, requirement to simultaneously combat a variety of nonstate and hybrid organizations.  These adversaries, who may combine unconventional and conventional means to achieve outsized effect, often emerge as terrorist factions that employ asymmetric tactics and subversive informational strategies to unleash destabilizing political and ideological agendas. The Army performs a crucial role in defeating these organizations by enabling diverse coalitions to reduce and destroy enemy networks before they can strike the US homeland.

In this evolving strategic context, the Army’s central mission is to execute prompt and sustained land combat to defeat enemy ground forces and seize, occupy, and defend land areas. As described in Field Manual 3-0, Operations, it accomplishes this across four primary strategic roles: (1) shape, (2) prevent, (3) conduct large-scale combat, and (4) consolidate gains. These roles, which provide an organizing concept for a range of tactical efforts, clarify the enduring reasons for which the institution is organized, trained, and equipped. Equally importantly, they complement the US joint phasing model—shape, deter, seize initiative, dominate, stabilize, and enable civil authority—thereby facilitating Army support to joint operations in assigned geographic combatant command areas of responsibility.

The Army relies on theater armies, field armies, corps, and divisions, in particular, to enable these strategic roles by bridging military strategy and tactical actions under joint direction. These echeloned commands represent distinctive general-officer headquarters designed to lead substantial combined-arms formations and joint forces in unified land operations. As expeditionary forces that support combatant commands in all domains, they provide an irreplaceable measure of versatility that enables expeditionary teams to excel across both competition and conflict settings.

Army commands at the operational level conduct decisive action by executing combined-arms operations with cross-domain effects. This typically centers on exercising command and control of tactical forces in a variety of offensive, defensive, and stability operations in foreign areas of operation under joint direction, and providing defense support to civil authorities in domestic areas under civil direction. It can also require, according to service-specific responsibilities, the execution of administrative control, logistical coordination, and joint-forces support in order to project and sustain expeditionary efforts across all domains.

These commands habitually perform vital tasks in competition to enable positions of advantage for the Army, joint forces, and coalition partners. Through both proactive expeditionary operations and maintenance of readiness in both the homeland and abroad, they continuously shape favorable conditions through engagement across multiple dimensions and domains. They likewise conduct assertive tactical actions to prevent conflict escalation and deter adversaries from undermining the interests of the United States and its partners and allies. Theater armies perform a lead role in facilitating success in competition settings for assigned combatant commands and affiliated Army echelons.

Success in competition, which demands continuous and multifaceted engagement, also requires focused consolidation-of-gains activities simultaneous to the execution of other Army strategic roles. This occurs before, during, and after armed conflict when Army and joint forces capitalize on operational success and make newly won gains more permanent. It reflects an essential requirement where Army elements position to retain the initiative over determined adversaries and create new opportunities. Theater armies, along with field armies, again have lead roles in supervising the consolidation of gains at tactical, operational, and strategic levels under combatant-command direction.

However, throughout all aspects of competition, theater armies, field armies, corps, and divisions must be prepared to fight and prevail in the crucible of large-scale combat operations. Historically comprising battles and campaigns characterized by increased chaos, intensity, and lethality, the sudden commencement of violent confrontation with near-peer or peer adversaries presents the highest tactical and strategic risk to Army forces. This potential for dramatic setbacks places greater value on executing concerted shaping, prevention, and consolidation-of-gains activities in ways that posture Army and joint forces with marked advantages at the onset of armed conflict. It means that proactive success in competition reduces operational risk and expedites the attainment of strategic objectives during large-scale combat.

Commands at the operational level own a critical responsibility to establish favorable tactical conditions for subordinate brigades and battalions to compete, fight, and win against highly capable adversaries. This often means assertively shaping deep areas with echeloned reconnaissance and fires—including physical, informational, and virtual—in order to enable successful maneuver by combined-arms teams in close and support areas. Because potential opponents are featuring advanced defenses specifically designed to thwart American primacy, Army forces must train, equip, and position at echelon with tailored battlefield frameworks in order to allow decisive dis-integration and dislocation of enemy fighting capabilities.

Theater armies, field armies, corps, and divisions combine the art of command and the science of control with mission command philosophy in order to achieve reinforcing successes across all Army echelons. While the former allows synchronized application of expeditionary landpower, the latter facilitates maximum tactical flexibility and operational responsiveness to unforeseen challenges. By simultaneously executing their higher commanders’ intent and enabling disciplined initiative by subordinate tactical formations, senior Army commands provide an integral link between joint-force headquarters and Army brigades and battalions as American forces posture and fight to achieve favorable outcomes.

This engagement must occur in the context of rapidly changing operational environments that will increasingly feature multi-domain operations by integrated task forces and coalitions. Commands at the operational level, as both senior ground-force commands as well as potential joint task-force headquarters, lead cross-domain efforts to synchronize and converge a diverse array of joint, multinational, interagency, and intergovernmental contributions across the land, air, maritime, cyber, and space domains in order to achieve maximum unity of effort. For Army forces, in particular, this approach finds lethal expression in the sophisticated execution of cross-domain fire and maneuver.

Finally, theater armies, field armies, corps, and divisions integrate both the art and science of war to achieve relative positions of advantage in both competition and conflict. While Army commands at each echelon apply operational art as a cognitive approach to develop campaigns and operations to directly achieve strategic objectives, they simultaneously leverage the science of control to generate, apply, and converge combat power across multiple dimensions and domains. This dual integration, which remains a historical and evolutionary cornerstone of landpower application, remains essential for Army forces to decisively engage diverse adversaries across a variety of contested settings.

Looking forward to a new era of great-power competition, it remains critical for the Army to learn, refine, and master warfighting at the operational level in order to achieve US objectives. For theater armies, field armies, corps, and divisions, this means developing and modernizing the required expertise to excel in both competition and conflict with multi-domain application. It means that they must, at all times, be prepared to aggressively shape, prevent, consolidate gains, in the event of sudden and violent conflict, prevail. If history has shown the cost of unpreparedness, the future will undoubtedly require America’s Army to compete and achieve decisive victory in the crucible of combat.

Nathan Jennings is a US Army Strategist and History Instructor at the Command and General Staff College. He is a graduate of the School of Advanced Military Studies and served combat tours in Iraq and Afghanistan. The views expressed are those of the author and do not reflect the official position of the United States Military Academy, Department of the Army, or Department of Defense.