The Battle Hymn of the Strategist: Composing the Terrible Swift Sword 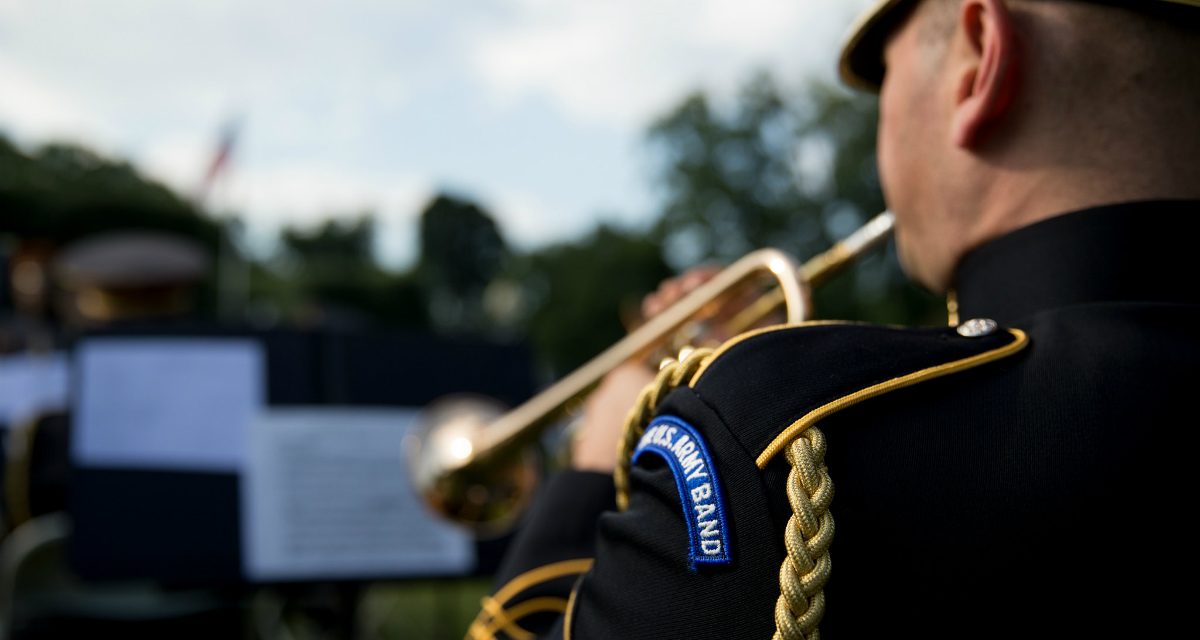 A couple months ago, The Atlantic magazine signed up jazz musician Jon Batiste to draw ears to their new podcast. Their bonus was a masterclass on military strategy.

It was an inspired choice to draft New Orleans-native Batiste, who currently serves as The Late Show with Steven Colbert’s charismatic band leader, to re-mix “The Battle Hymn of the Republic” for the podcast’s theme music. The Battle Hymn is America’s quintessential war music, written by abolitionist Julia Ward Howe, whose lyrics first appeared on The Atlantic’s cover in early 1862. So Batiste’s musical update was a clever way to remind listeners of the magazine’s deep roots, while also holding on to the monthly’s core theme of “the American idea.”

An Army strategist by trade, I was transfixed by the behind-the-scenes video and audio description of Batiste’s creative method while updating this martial song (whatever comes of your having read this essay, agree or disagree, like or dislike—you MUST download or stream Radio Atlantic’s podcast, “Mine Eyes Have Seen the Glory”, and listen to the process from roughly 5–10 minutes in; the actual song is performed for the last three minutes of the 65-minute episode). Open-eared listeners will hear how making this music jives with military strategy’s artistic development, but it also serves as an introduction to the many other ways the two are in tune.

The strategist toils to achieve some complex, contested aim in the human realm; to achieve this aim, the strategist uses any number of tools to convince, influence, exploit, destroy, marginalize, or support some other person, persons, or group. In the military, this typically means using armed force to deter or coerce an adversary and thereby accomplish an aim. In suit, when Batiste said musicians write music to address “a dire situation in the culture,” he affirmed this same sharp objective focus. Of course, as his “weapon” is musical influence, Batiste’s tools are different. His immediate aim: to re-imagine a classic song to win over listener’s hearts and minds.

This is not the first time the arts have been invoked to describe military strategy. British Prime Minister Winston Churchill wrote that “painting a picture is like fighting a battle,” because it involves bringing together several individual parts “commanded by a single unity of conception.” Prussian military theorist and general Carl von Clausewitz called attention to the same in describing genius for military strategy, that “imagination” is critical, the dominant “Muse” being the same in warfare as for the “poet or painter.” The British Royal Navy’s historian during World War II, Capt. Stephen Rosskill, once reflected “that some of the greatest [military] leaders have discovered and developed in their work a means of self-expression akin to what the painter finds in painting, the musician in the composing or playing of music, and the writer in the expression of his thoughts and feelings on paper.” And we can actually still see the artistic talent famed American Civil War General William T. Sherman showed while a cadet at West Point.

Batiste’s production reflects the strategic process. In strategy-making, there is always a pre-conceived design followed by necessary adaptation to account for real-world circumstances. Batiste certainly entered the recording studio with his objective and a sense for what he wanted to do—he brought with him, for example, several implements to make his “prepared piano” (which is the use of objects to modify the piano’s strings to generate unique sounds). But then he encountered the studio’s present circumstances: the piano’s tune, the atmosphere, the room’s humidity, the other people around him. These all impact sound and dictate different applications of the tools at hand than originally conceived. In music and strategy: first design, then adapt.

The strategist always works with fixed resources. Even the American military, particularly when operating at far-flung frontiers, faces limits. Same with Batiste. In making his Battle Hymn, Batiste used what was within arms-reach: the piano, his wallet, some paper, even “some duct tape” to create a drum sound; as well as a neat trick to replicate a “Gregorian chant.” Ultimately, it’s just Batiste, the piano, and the strength of his song. Similarly, in the end, the strategist mostly just wields the pen, and has to rely on the power of words and ideas to command action.

Note by note, music is governed by mathematical properties just as military resources are by distinct sciences: aircraft by engineering, bullets by physics, infantry by biology. These are the pieces and parts, the building blocks of military strategy that can be quantifiably charted and measured—yet, when these several parts are stitched together by a strategy, the cumulative effect is something entirely new and beyond simple measure. Using his piano, Batiste records several individually distinct tracks of music (e.g., one with a sitar-like sound, another with a snare drum effect) and then mixes them to create a unique harmony pleasing to the ear. Musicians and strategists combine different components to generate symphonies—one of creation, the other for destruction.

The receiving end of strategy, like music, is always in the beholder’s ear. The listener cannot escape being an American, Brit, or Pakistani; Minnesotan or Southerner; liberal or conservative; protestant or atheist. Moreover, the production is culturally informed. And Batiste, in this case, almost couldn’t be more American: his jazz roots, his job at The Late Show, and performing “The Battle Hymn of the Republic” for The Atlantic magazine. Batiste’s New Orleans musical style is as culturally specific as the wider American strategic culture’s predilection for firearms and firepower.

Strategy is human and so is music: Batiste’s cracked, imperfect, halting performance endears him to listeners, rather than putting them off. He said his music “comes from the grace of the unseen,” driven by letting his “subconscious mind take over.” Batiste’s self-description drags Clausewitz back in, who counseled the importance of the “inward eye” or what the French call coup d’oeil, a rapid recognition of battlefield truth. Whether military or musical, the successful professional is driven in part by a personal instinct we may never fully understand.

Batiste’s aim, muse, design, adaptation, resources, mixture, culture, and humanity all fuse to provide a meaningful demonstration of a musician’s art—and an equally powerful peak into the military strategist’s artful alchemy. The Atlantic couldn’t have imagined a more fitting bonus to Batiste’s re-boot of America’s most martial song.

Maj. ML Cavanaugh is a US Army Strategist and Non Resident Fellow with the Modern War Institute at West Point, and can be reached on Twitter @MLCavanaugh.