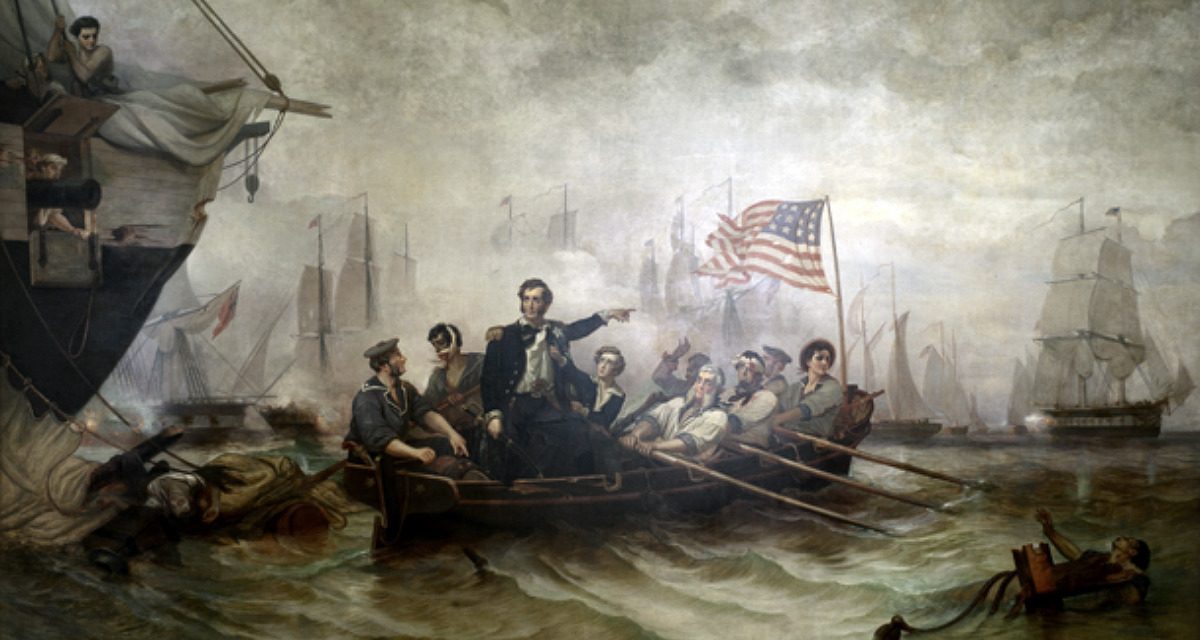 As a simple lesson in mission command, new lieutenants and sergeants could certainly do worse than A Message to Garcia. Given ambiguous orders by President William McKinley to find Cuban insurgent leader Calixto Garcia, Lt. Andrew Rowan “landed off the coast of Cuba from an open boat, disappeared into the jungle, and in three weeks came out the other side of the island . . . having delivered his letter to Garcia.” Rowan’s orders enable “disciplined initiative in accomplishment” of his commander’s intent.

However, to graduate to a level of study with more nuance, students of mission command should consider turning to the Navy for lessons in what service calls “command by negation.”

Proceed with her [Jones’s ship] in the manner you shall judge best for distressing the enemies of the United States, by sea or otherwise, consistent with the laws of war and the terms of your commission. . . . We rely on your ability, as well as your zeal to serve the United States, and therefore do not give you particular instructions as to your operations.

Professor BJ Armstrong recounts this story and others in his new history of the early American navy, Small Boats and Daring Men. Armstrong aims to fill an irregular gap between the two established schools: guerre de course studies attacks on enemy commerce and trade, while guerre d’escadre focuses on fleet actions. His new analytical framework, guerre de razzia, focuses on the naval operations required of irregular warfare. Small Boats and Daring Men takes a necessary first step towards his goal of establishing guerra de razzia as an analytical framework for naval historians, but misses an opportunity to offer clear prescriptions for the modern military practitioner.

Rather than seek a comprehensive treatment, Armstrong embraces an episodic approach that establishes guerre de razzia as a viable framework. His eight cases “from across the Age of Sail” range from skirmishes on the Great Lakes during the War of 1812 to putative strikes against Sumatran islanders who infringed on American trade. This approach is strikingly similar to Max Boot’s in The Savage Wars of Peace, which analyzes many of the same vignettes, though from a different perspective.

Despite the book’s limited aim, Armstrong pulls on three threads valuable to military officers throughout his cases. First, guerre de razzia requires senior leaders who balance bravery with sense and junior officers with an excess of bravery and zeal. Good senior officers, like Edward Preble and David Porter, solidified tactical gains into lasting settlements along the Barbary coast and in the Gulf of Mexico. However, acquiring this “good sense” in balancing conventional operations, irregular operations, and political considerations proved tricky. The ad hoc training and education of the early American navy produced mixed results in developing the right leaders for this challenging form of war.

Second, striking similarities in the weapons and vessels across Armstrong’s cases suggest guerre de razzia’s material requirements differ from fleets built for guerre d’escadre. Irregular actions almost universally involve small craft, though these are the first cut when budgets shrink. Consider the Great Lakes and Caribbean cases. To beat Caribbean pirates, Capt. Silas Talbot captured and employed the small and shallow-draft Amphitheatre and Sally to supply his forces and pursue pirates. These vessels, and their acquisition, resemble the capture and employment of the British Caledonia from its berth on the Niagara River during the Great Lakes campaign of the War of 1812. In both cases, American commanders had to acquire and then employ small boats with small arms to build out a flotilla capable of their raiding mission.

Third, success in guerre de razzia requires partnerships outside American naval forces. In the book’s cases, these partners provided intelligence, local expertise, and logistical support to the Americans, and sometimes fought alongside them. Po Adam, a Sumatran, protected fleeing American traders and supported negotiations. Continued relationships with him paid dividends seven years later when the fleet returned. In other cases, like Preble’s raid on Tripoli in 1804 or anti-piracy operations in the Gulf of Mexico, foreign partners were essential. In the former, the Kingdom of the Two Sicilies lent Preble gunboats and crews for his raid, while in the latter, British forces subordinated themselves to Lt. Isaac McKeever to ensure unity of effort against the pirates. Frequently small, raiding parties require outside support in the form of expert knowledge, logistics, and partners to succeed.

These three threads comprise a significant contribution to the study of irregular warfare—and not just at sea. Leaders should be specially selected, trained, educated, and groomed for positions of leadership in irregular conflict. Both leaders and crews must master small-unit tactics. Finally, local expertise is essential. Raids and small-unit actions require detailed intelligence to establish relative superiority and sustain themselves far from home. Trusted locals and regional partners provide these in droves. That these threads are explored in such readable, narrative storytelling and rooted in archival research and primary sources makes them even more valuable, while also reinforcing similar frameworks like the SOF Truths.

Beyond these valuable contributions, however, Small Boats and Daring Men stumbles in its casting and external validity. Perhaps as a result of the historical record, each case focuses overwhelmingly on officers. Certainly, significant deference is afforded to officer decisions in hierarchical military organizations, but the sailors and locals also possess agency. My own experience suggests service members and local partners significantly contribute to the success of small-unit actions and raids. Selecting, training, and motivating them are important aspects of irregular warfare totally overlooked in this study.

While Small Boats and Daring Men only implicitly offers recommendations for practitioners, the logical extension of these recommendations may not be valid in today’s environment. The eight Age of Sail cases provide excellent analysis of that period, but the book is less clear how these recommendations apply in our world of satellite communication, hypersonic weapons, and nuclear propulsion. Likewise, discussion of the author’s opinion on which contemporary operations fit the guerre de razzia framework would also help decision-makers know how to apply this book’s lessons. The Navy’s riverine squadrons are now up-gunned with triple the firepower and twice the crew. Are these modern guerre de razzia forces? Or perhaps Naval Special Warfare, with their small boats and raiding culture, inherited the true legacy of John Paul Jones. Beyond the United States, the Chinese maritime militia and Iranian fast attack boats are conceivably the closest modern approximation of this American tradition. Either way, further discussion, with appropriate caveats, of the implications of Small Boats and Daring Men for the contemporary force could significantly benefit both the book and the modern American military.

After thorough search, I could not locate a more appropriate adjective for Small Boats and Daring Men than swashbuckling. Dynamic, easy-to-read storytelling ensures the book and its lessons are approachable for all audiences. Navalists should eagerly take up this challenge to the bifurcated field of naval history. Young officers of all branches will take inspiration from the exploits of their forebears. And a range of small communities across the military—like US Army combat divers—should also pick up a copy to better understand how to synchronize land and maritime operations. After reading Small Boats and Daring Men, I am convinced of the utility of the guerre de razzia analytical framework, and I look forward to Armstrong’s future contributions in this area. 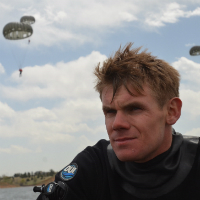 Maj. Zachary Griffiths is a Special Forces officer in the US Army. He studies how insurgent groups relate to the water. He holds a master’s of public policy degree from the Harvard Kennedy School and a bachelor’s degree from the United States Military Academy.