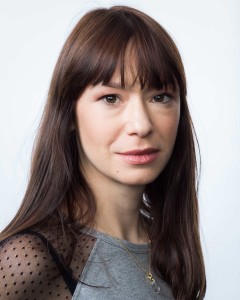 Dr. Benedetta Berti is a foreign policy and security researcher, analyst, consultant, author and lecturer. Her work focuses on human security and internal conflicts, as well as on post-conflict stabilization and peacebuilding. Dr. Berti is the author of three books, including Armed Political Organizations. From Conflict to Integration (Johns Hopkins University Press, 2013).

​Her work and research have appeared, among others, in The New York Times, The Wall Street Journal, Foreign Affairs, Foreign Policy, and Al-Jazeera as well as in academic journals including Studies in Conflict and Terrorism, Democratization the Middle East Journal, ORBIS and Mediterranean Politics.

She is a Fellow at the Institute for National Security Studies (INSS), a TED Senior Fellow, ​ ​ a Non-Resident Senior Fellow at the Foreign Policy Research Institute (FPRI) ​ ​ and an independent human security consultant.  In 2015 the Italian government awarded her the Order of the Star of Italy (order of Knighthood).