Beyond SFABs: Getting the Most out of the Army’s Planned Higher-Echelon Advisory Units 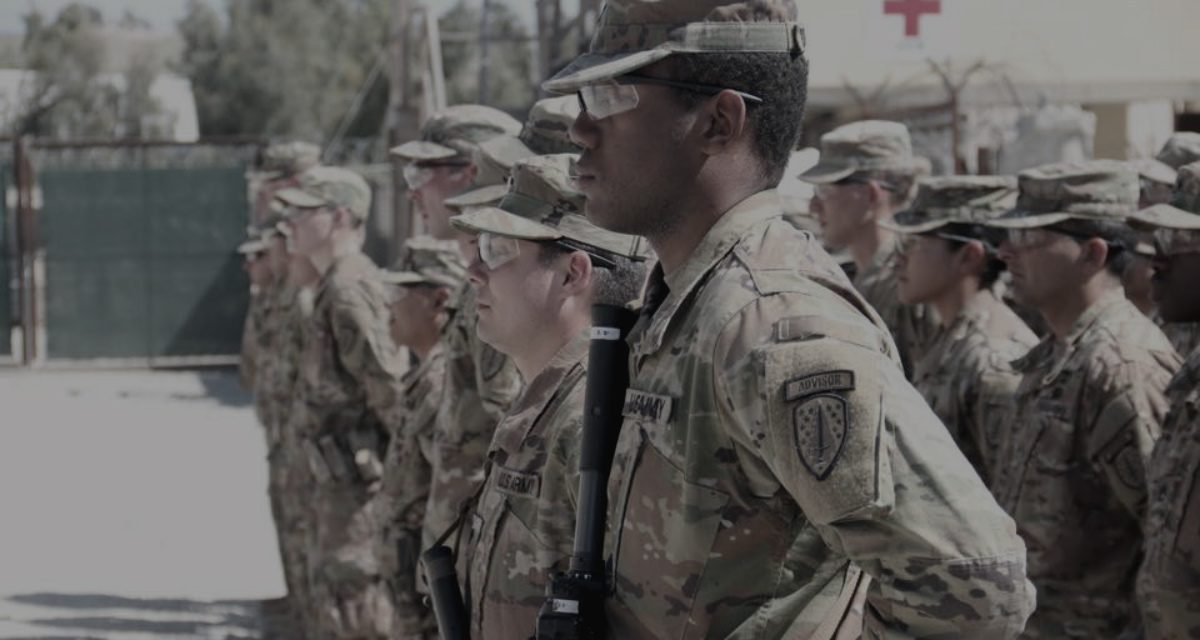 Six Security Force Assistance Brigades (SFABs) are apparently not enough advisory capability for the US Army. Last month during a panel discussion at the Washington Institute for Near East Policy, Brig. Gen. Brian Mennes, the Army’s force management director, briefly mentioned the Army has “a vision of creating two security force assistance divisions and corps.” SFABs can cover the tactical advisory mission, but there is no complementary advisory organization that addresses the operational and strategic level advise-and-assist mission. These new headquarters are intended to fill that gap.

Little more than a concept at this point, the security force assistance divisions and corps could provide a critical capability that has been absent from the years-long advisory mission to date. The plan for these additional echelons clearly sees improvements in the supporting institutional structures as vital to the long-term development of tactical forces. As these organizations become reality, the Army must determine their purpose and mission, and address several challenges that could prevent the SFABs, divisions, and corps from becoming the game changers they are billed as.

What Advantages Could These New Headquarters Provide?

SFABs are specifically designed to build host-nation maneuver capacity at the lowest levels—guiding partners towards better planning, execution, and integration of enabling assets, all while building confidence for independent operations. They are not manned or trained to advise or assist beyond the tactical level.

The Washington Institute panel members agreed that successful security force assistance requires much more than tactical military advisors. Bridging the gap from tactical improvements to institutional reform is where the security force assistance division and corps headquarters can have an impact. These new organizations present an opportunity to inject more influence at the institutional and ministerial levels, focusing on improvements in professional schools and training, personnel and finance management systems, and acquisitions programs, among other areas.  These are all incredibly important functions that exceed the capability of the SFABs, but are absolutely vital in achieving meaningful improvements that are sustainable once US forces have withdrawn.

To maximize their impact, the new SFA division and corps headquarters should be limited to three primary functions. The first is managing the recruiting, training, equipping, and assessment of the SFABs. The SFA divisions are best suited for this task, ultimately serving the same purpose existing division headquarters do for Army brigade combat teams (BCTs). The second function is unique to the security force assistance mission—advising and assisting above the tactical level, which the division and corps personnel will be better positioned to do because of their rank and experience. The third function falls mainly to the SFA corps, and that is serving as an integrator for a whole-of-government approach to total security sector reform.

Those three functions ensure the SFA division and corps headquarters are in a position to fill gaps no other division or corps is manned or trained to fill. The SFABs, along with their newly envisioned higher headquarters, will meet Army Chief of Staff Gen. Mark Milley’s intent of institutionalizing and professionalizing the advisory mission in the conventional Army. But, the Army has to address a couple challenges to ensure the SFABs and SFA division and corps headquarters are set up for success.

What are the Challenges?

One of the fundamental issues the Army has yet to figure out is the manning problem for the SFABs, even as 2nd SFAB is being generated at Fort Bragg, North Carolina and basing decisions are underway for 3rd SFAB. Beyond these three, two more SFABs will be established in the active component, with a sixth going to the National Guard. The Army was already unable to man 1st SFAB fully with volunteers, and now more people will be required for the two division and corps headquarters.

When questioned during the Washington Institute panel about how the Army would ensure future SFABs had the same level of talent as 1st SFAB, Brig. Gen. Mennes acknowledged the challenges of manning new organizations without an end-strength increase, but no potential solution has yet been forthcoming. If, as Gen. Milley stated, “these units will help us achieve the national security objectives by, with, and through allied and partnered indigenous security forces for the next 25-50 years,” then the Army needs to figure out where they are all coming from.

Another issue is the slippery slope of mission creep, whereby organizations see their missions expanding beyond what they were designed, manned, and equipped to accomplish. Take for example the 7th Infantry Division, activated at Joint Base-Lewis McChord, Washington in 2012 to provide an administrative layer between local brigade combat teams and the I Corps headquarters. The two-star headquarters was created to focus on readiness and training, and was never intended to deploy. Fast forward to 2014, which saw 7th ID reorganized to deploy a portion of its headquarters to Afghanistan to run operations in Kandahar Province in 2015. The SFA organizations are fundamentally different, of course, so the 7th ID’s change of mission is not a perfect parallel, but it does make clear that once a unit is established, expanding its mission becomes easier.

On the other hand, the SFABs were created with the idea they could provide the skeleton for a BCT should the need arise to rapidly grow the force. Perhaps the SFA divisions and corps will be designed to do the same. However, it is worth noting that if such circumstances do arise, the organizations surrender the SFA role and become conventional Army organizations. The institutionalized SFA capability is lost once if this happens.

Will Six SFABS and a Couple SFA Divisions and Corps Even be Enough?

A study last year by Stephen Biddle, Julia Macdonald, and Ryan Baker concluded security force assistance missions with a small footprint generally lead to only small gains. This complements Dr. Mara Karlin’s comments during the Washington Institute panel highlighting that a limited focus on tactical advisory operations would likely yield minimal results without simultaneous development at the institutional levels. As previously discussed, the SFA divisions and corps are well suited for this purpose, but are there enough advisors at the tactical level to make it meaningful?

The 1st SFAB is cutting its teeth in Afghanistan now, but its advisors cover only a portion of the Afghan National Security Forces units with whom the United States is aligned. To meet the remaining US operational commitments, two 4th Infantry Division BCTs are deployed for advise-and-assist missions in other regions of the country. Simple math dictates that to free those final two BCTs completely, a minimum of three SFABs need to be in Afghanistan to cover current US commitments. With only six SFABs and two divisions and corps in the works, that means a 1:1 deployment to dwell ratio—just to cover the advisory mission in Afghanistan until the force levels change. Even without the precipitous personnel turnover likely to follow each deployment, such a model is unsustainable.

The importance of the SFABs, and now the SFA divisions and corps, is that they demonstrate a willingness to make significant organizational changes and talent investments to meet current and projected operational challenges. To take full advantage of these new organizations and the talent directed towards them, the Army must decide how to man them and make them sustainable, how to align several headquarters echelons to address security improvements from the institutional to tactical levels, and how to best integrate non-military partners into the reform effort. Perhaps the best place to start is by defining success.