What War with Russia Looks Like: A Book Review 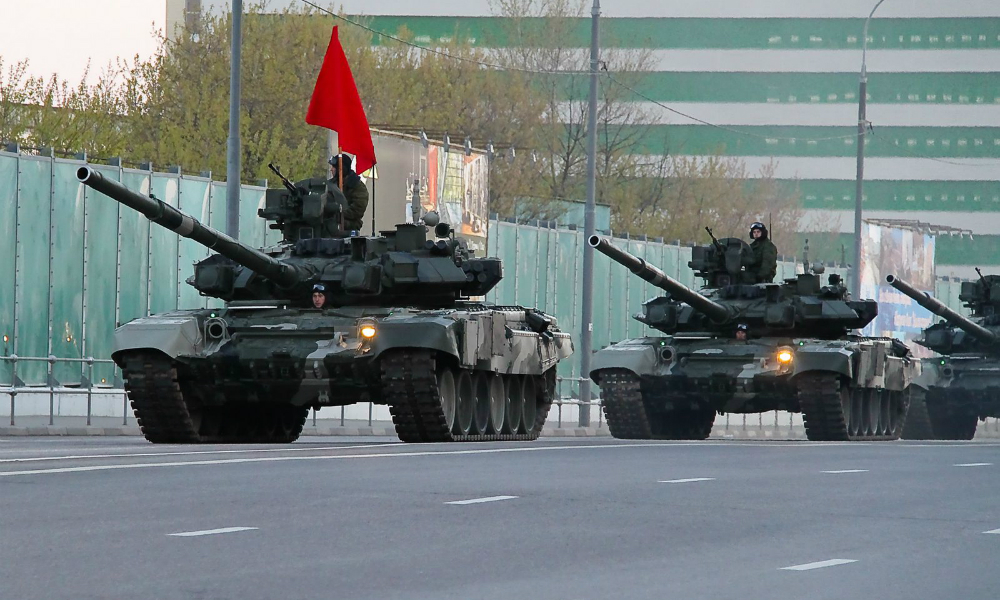 Russia shocked the world in 2014 when it used conventional and unconventional tactics to invade Ukraine and seize Crimea. British General Sir Richard Shirreff, who spent the last seven years of his career as the Commander of the NATO Allied Rapid Reaction Corps and later Deputy Supreme Allied Commander Europe, believes Russian President Vladimir Putin won’t stop there. He explains where Russia will turn to next in his book 2017 War with Russia: An Urgent Warning from Senior Military Command. The author attempts to emulate Tom Clancy’s Red Storm Rising or August Cole and P.W. Singer’s Ghost Fleet by using fiction to illustrate his predictions. The only difference between General Shirreff and those other authors is Shirreff expects what he writes about to come true as early as next year.

OK, so the dialogue is stiff, dry and clinical throughout. And the climactic final event is underwhelming and far-fetched. But it’s the subplots that stand out in this story. Among them: when General Shirreff sounds the alarm loudest through in-your-face critiques of both how NATO does business in preparation for war and how the United Kingdom has stripped its military.

The story begins with Russian President Vladimir Putin orchestrating several events to weaken NATO’s resolve and give him a reason for legitimately sending forces into the Baltics and further chip away at Ukraine by building a land bridge to Crimea. These events include using the war in Syria to push refugees into Turkey to cause a crisis throughout Europe, blaming Ukraine for a rocket attack on a school conducted by Russian forces, and creating violence during demonstrations in Latvia.

These initial triggers lead to General Shirreff’s most important prediction. He believes Russia will invade the Baltics and they will do so within the next year. He also predicts that it will happen fast and with little resistance. This prediction echoes wargames conducted by The RAND Corporation which determined that it would only take approximately 60 hours for Russia to reach the capitals of Estonian and Latvia. A concern that was further explored in a recent study by MWI Adjunct Scholar Manos Karagiannis.

Similar to the RAND wargame, the invasion of the Baltics puts NATO into a tailspin as they attempt to regroup from the attack on one of its member states and Russia’s threat to go nuclear if their occupying forces are attacked. This leads to the first of two key critiques of NATO:

General Shirreff does not leave out his home country in his critique. He is very critical of his government’s deep cuts in defense spending. A defense budget that has been cut by almost 20% since 2010. Shirreff uses the example of an Engineer unit having to cannibalize other units to create one full brigade, leaving the cannibalized force able to only provide replacement soldiers and little else. He also highlights the British Navy’s inability to deploy an Aircraft Carrier with aircraft. A Navy that used to be one of the strongest in the world.

General Shirreff’s final major critique is in regards to the balance in conventional and nuclear forces. Knowing that the use of nuclear weapons is unthinkable for Western countries relying on those weapons to deter aggression is a thin veil that potential advisories can see right though. He presents his argument in a conversation between the newly appointed British Chief of the Defense Staff General Jock Kydd and the Prime Minster. General Kydd puts it like this:

“you can’t weaken conventional forces and expect Trident alone to protect you. Conversely, if we did have strong conventional forces, but no Trident, they could easily defeat us by threatening to nuke us and we would have no way of deterring them. By allowing our conventional forces to be run down as they have, our whole defence posture is now dangerously out of balance. When you’re up against a ruthless predatory bastard like the President (the author refers to Putin as the President), that means we are now in a very dangerous place.”

The ending of the story seemed to have been rushed. General Shirreff spends a lot of time on his critiques of the system but leaves the end to a quick day saving event by American Special Forces supported by British soldiers running guerrilla operations in the occupied Baltic states. Another plot point that seems to mirror reality as Special Operating Forces (SOF) are continually looked at as the go to problem solving force. By using SOF to quickly clean up the mess General Shirreff glosses over the potential for a confrontation between NATO and Russian conventional forces.

Ultimately as a work of fiction 2017 War with Russia misses the bar set by others, better storytellers like Tom Clancy or August Cole and P.W. Singer. However, as a predictor of what the near future might look like and how NATO and the individual countries within need to prepare themselves General Shirreff hits the bull’s eye and hits it hard. As Admiral James Stavridis says in his forward for the book, “2017 War with Russia lays out a plausible and startling case of the potential peril ahead – it deserves a serious reading indeed.”

Major James King is currently serving as a Brigade Senior Intelligence Officer (S2) for a Stryker Brigade Combat Team in Alaska.  While serving over 20 years in the National Guard, Army Reserve, and Active Army, MAJ King has held multiple leadership positions in the Military Police, Infantry and Intelligence fields as well as deploying three times in support of Operation Iraqi Freedom.  Major King holds a BA in Sociology from the University of Washington where he earned his commission through the ROTC program and a Master’s Degree in Strategic Intelligence from American Military University. The opinions here are the author’s own and do not reflect the policy of the U.S. Navy, Department of Defense, or any government agency.