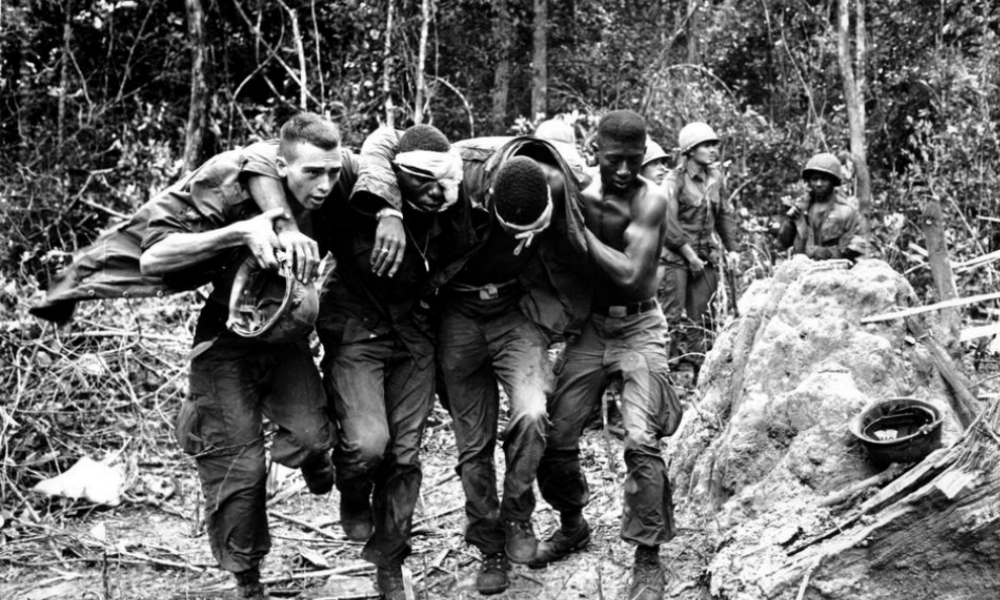 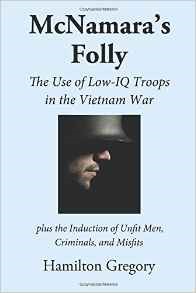 On the day in 1967 when Hamilton Gregory reported to a Tennessee induction center to begin his service in the U.S. Army, a sergeant presented him to another young man who was also headed to Fort Benning, Georgia, to start basic training. The other new soldier’s name was Johnny Gupton, or so Gregory calls him. “I want you to take charge of Gupton,” the sergeant told Gregory. Before they boarded the bus to the airport, the sergeant handed Gregory Gupton’s paperwork along with his own, to carry on the trip.

In the next hours and days, Gregory discovered why the sergeant had put Gupton in his care. Gupton could not read or write. He didn’t know his home address or what state he was from, so he could not send the pre-stamped postcard the new recruits were given at Benning to tell their families they had arrived. He didn’t know his next of kin’s full name, didn’t know that there was a war in Vietnam, and couldn’t tie the laces on his combat boots.

How did a man so obviously unfit for service get drafted? A slipup? Far from it. Gupton was one of more than 350,000 other young men drafted during the Vietnam war under a deliberate policy requiring that nearly a third of all military recruits should be drawn from men with general aptitude test scores at the bottom or for a certain percentage below the minimum standard. This while draft boards around the country made it shockingly easy for middle class, better educated men to avoid serving — just ask Bill Clinton or Donald Trump or Rush Limbaugh. The policy was known as Project 100,000. Its principal promoter was Lyndon Johnson’s defense secretary, Robert McNamara.

Hamilton Gregory — who was not drafted but enlisted voluntarily — was troubled and outraged by his experience with Johnny Gupton and subsequent encounters with other low-IQ draftees. During his Army service he raised questions about the policy with various superiors, and after his discharge, while making a career as a journalist and author, he kept on tracking down official documents and seeking out personal accounts. The evidence he accumulated over more than 40 years makes the story he tells in McNamara’s Folly not just convincing but ironclad. Its conclusion is ironclad too: U.S. draft policy during the Vietnam war was a moral atrocity.

Project 100,000 troops were killed or wounded in Vietnam at higher rates than in the U.S. force as a whole, but the unfairness didn’t stop there. More than half left the service with less than honorable discharges — not surprising, for men who weren’t mentally fit to be soldiers to begin with. Gregory notes the perversity: “An unsuitable man is taken into the military and then returned to society — with stigma — for being unsuitable.” Piling yet another disadvantage on already disadvantaged lives, those discharges deprived them of veterans benefits and further limited the already small chance that those men had to find any kind of stable job in civilian life. And for the same reasons they got drafted in the first place — that they were inarticulate, ignorant of the rules and their rights, and politically powerless — they were the least able to appeal those bad discharges. As Gregory observes, we eventually amnestied men who illegally evaded being drafted, but nobody lobbied for amnesty for McNamara’s bad-paper vets.

McNamara’s Folly is heartbreaking to read, but it tells a story that most Americans have never heard and that should be remembered far more widely than it is. It deserves the widest possible readership.

Hamilton Gregory, McNamara’s Folly: The Use of Low-IQ Troops in the Vietnam War (Infinity Publishing, 2015)

Arnold R. Isaacs is a writer based in Maryland. He was a war correspondent in Vietnam and is the author of Without Honor: Defeat in Vietnam and Cambodia, Vietnam Shadows: The War, Its Ghosts, and Its Legacy. He has contributed to a number of other books and also wrote From Troubled Lands: Listening to Pakistani Americans and Afghan Americans in Post-9/11 America, available online at www.fromtroubledlands.net.