Breaking Codes, Smashing Glass Ceilings: What We Can Learn about Gender and Professional Accomplishment from a WWII Cryptanalyst 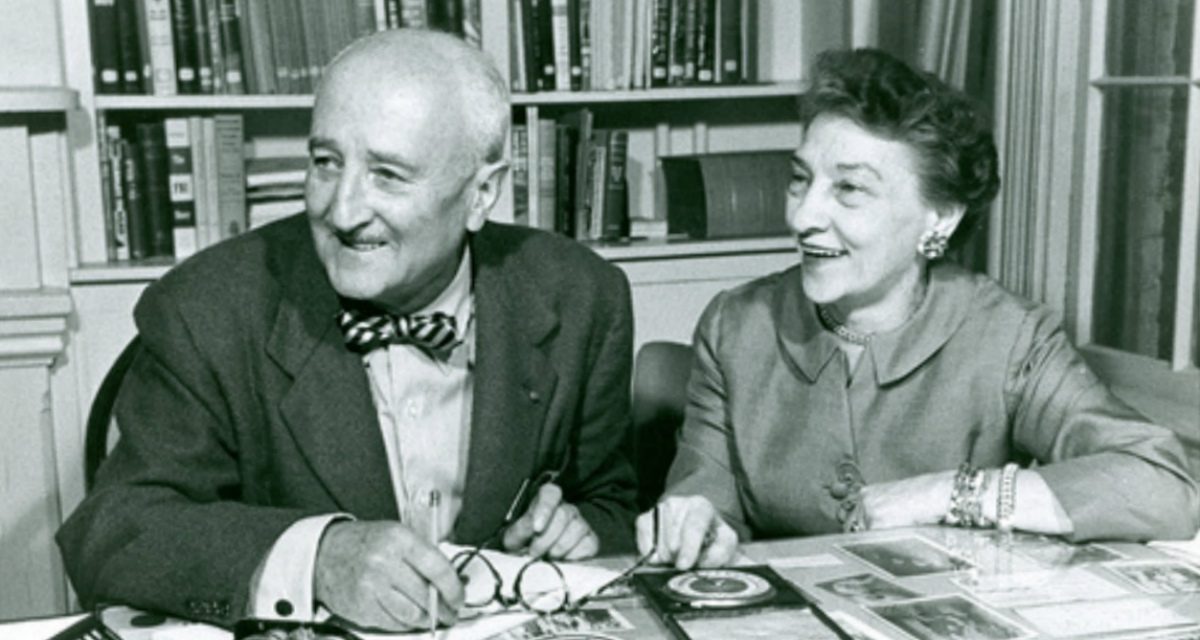 How many hidden figures have existed throughout America’s national security history? How many patriots relinquished their claims to glory because their gender, skin color, sexual orientation, or another element of their identities prevented them from earning credit for their lives’ work? These are questions that confront readers of books like Conduct Unbecoming, a two-hundred–year history of gay and lesbian members of the US military, and Hidden Figures, the story of four African-American female mathematicians in the NASA space program. Jason Fagone’s The Woman Who Smashed Codes now adds to this list of volumes that give credit where it was long due. Each of these books reveals the true identities of patriots whose accomplishments would have been lost to time or attributed to others if not for the determination of their authors.

The Woman Who Smashed Codes is the story of Elizebeth Friedman, the mother of modern cryptoanalysis and cryptography. Elizebeth’s accomplishments were forgotten in part because she was the loving wife of William Friedman, a brilliant cryptanalyst in his own right. Even after twenty years of marriage, these two soulmates sent love letters to each other across the Atlantic during World War II describing their longing to embrace. Their love for each other’s mind and soul resulted in neither Friedman taking credit for being the more brilliant one in the household. Perhaps it was this love that allowed the men and women of the era, and in the decades since, to attribute their accomplishments to William alone.

Fagone shows readers how Elizebeth’s love for William and her loyalty to him allowed his legacy to loom even greater in history than it otherwise might have. Her secrecy likely protected him from a lobotomy, the “modern” treatment for mental disorders at the time, while protecting his reputation from the stigma that the truth would have inflicted. Through her devotion to William, Elizebeth simultaneously hid her own successes and elevated the grandeur of his by allowing her work to be attributed to him.

The hours, months, and years she spent hidden in rooms decrypting codes with paper and pencil led her to be called as an expert witness in an organized crime trial. When the defense attorney questioned her, he asked whether he should call her “miss or madam.” Rather than allow her gender to be used to discredit her expertise, she said, “Mrs. Friedman.” At home, the Friedmans were equals, yet, here on the stand, she would not have her accomplishments stripped away from her identity, a point Fagone makes sure the reader appreciates.

Has this not been the struggle of countless successful wives—the struggle to be the supportive and loving wife, to boast proudly of a husband’s accomplishments, to protect and defend a husband’s reputation, while worrying over how much of even well-deserved credit to take for herself?

One can argue that society has changed, but has it? In 2006, Alvin Toffler, one of my mentors and half of a duo of futurists, wrote about his wife, “There were times when Heidi, for a variety of reasons, did not want her byline on the cover of a book, relenting only in 1993. . . . But readers should consider all the Toffler books joint products of our loving life together.” Alvin does not explain Heidi’s reasons, but Fagone’s readers can imagine their own list. If Fagone teaches his readers anything, it is that Heidi Toffler was not the first wife to attribute credit for her own work to her husband.

More recently, society has shown interest in stories of men who subordinate their careers to their wives’. As a young Harvard law student and wife, Ruth Bader Ginsburg, took notes in class for her husband Marty while caring for their three-year-old daughter during Marty’s battle with cancer so that he could graduate. Later in life, when it was clear that her career would shine brighter, or perhaps so that her career may shine, “He cooked, he cleaned, he took care of the house. He did whatever it took in order to facilitate his wife being able to achieve what she did.”

In the US military, the first and only female combatant commander, Gen. Lori Robinson, said that one reason why her career was successful was because of her husband, who was a fellow Air Force officer. “We were stationed in Hawaii, and they were getting ready to move us—him to Korea and me to Japan,” she explained. “With kids, we just wouldn’t be able to do it.” So Lori Robinson said the same thing that generations of wives before her had said: she would end her career so that his career might progress. Except he refused. He would leave active duty and become a commercial airline pilot so her military career could continue. She said, “His constant love, devotion, and support allowed me to move up in the ranks.”

The Friedmans, the Tofflers, and the Robinsons show that some married couples believed that only one spouse got to have a successful career. But are such marriages relics of the past, or does it remain true in national security today?

In January of this year, Army Special Forces officer Tom Barron, whose wife is both a Navy officer and a NASA astronaut candidate, published an article titled, “To Retain Today’s Talent, the DoD Must Support Dual-Professional Couples.” In it, Barron argued that military families should not be forced to choose between one career or the other. “There is no institutional consideration given to a spouse’s career,” he wrote. He argued that women’s careers need to remain competitive while having children. He wrote about families in which both spouses serve in uniform, about the challenges associated with having one military spouse and one spouse in the private sector, and the lack of accommodations provided. Yet beyond the issues Barron raises, there remain a host of challenges that come with deployment, which perhaps create the greatest of hardships on dual-military families or, even worse, on single parents.

In 2013, Army Spc. Alexis Hutchinson was arrested for refusing to deploy, because the twenty-one-year-old single mother had no one to care for her ten-month-old baby. According to the Army, in the previous two years, more than three thousand people were discharged voluntarily or involuntarily for pregnancy or lack of a family care plan. One might wonder how single mothers—or fathers—succeed in the military without a partner.

Cryptography enthusiasts will certainly enjoy reading The Woman Who Smashed Codes, with its tales of an eccentric titan of business, secret Nazi messages, and interagency intrigue. They will be amazed to discover how a petite woman, dutiful wife, and loving mother used only a pencil and her sharp mind to decrypt the most strongly coded messages of her time. To reveal the story of Elizebeth Friedman is to find a marriage that was very special, very ordinary, and full of love and devotion.

We will never know how many Alexis Hutchinsons could have become the next Elizebeth Friedman or Lori Robinson, if only they had devoted husbands or partners like these two wives had. In an era when women serve in combat, in cockpits, and in space stations, it feels medieval to discuss the value of marriage on a woman’s success in national security. Yet here we are. If leadership is knowing that the team succeeds together, then The Woman Who Smashed Codes is a call to action for leaders to make sure success is attained by all who can achieve it and shared by all who deserve its glory.

Cortney Weinbaum is a national security researcher in the Cyber and Intelligence Policy Center at RAND Corporation, a nonprofit and nonpartisan think tank.