Briefing a Senior Leader? Put that Bumf Away and Unburden Your Soul 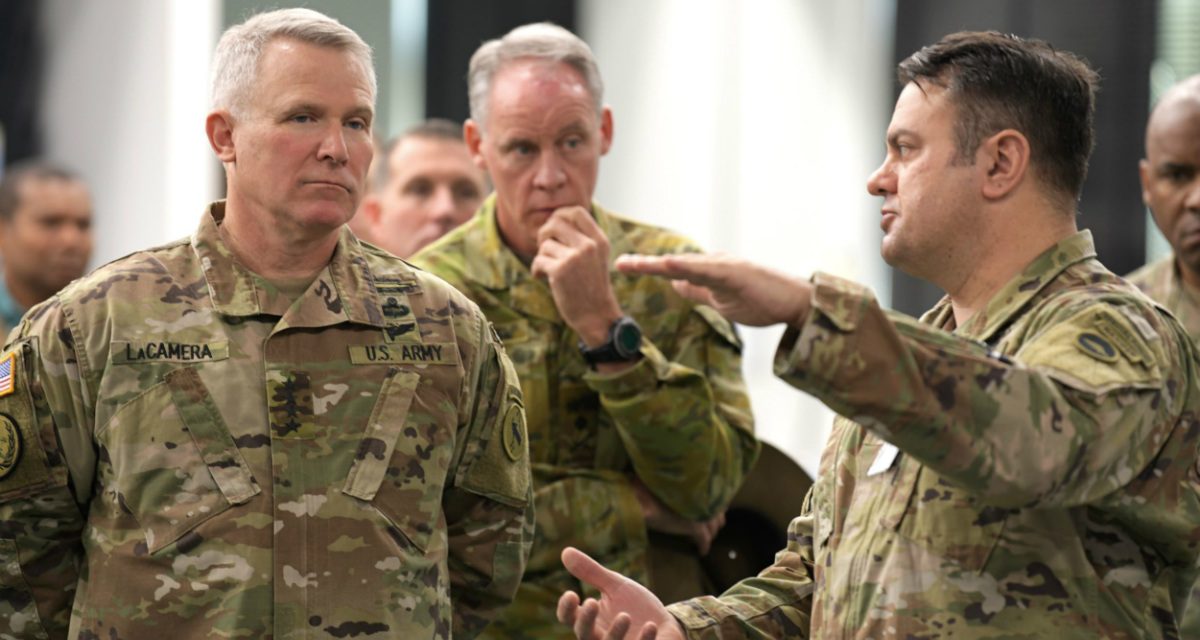 In 1942, the chief of staff of the British Eighth Army, Brig. Gen. Francis (Freddie) de Guingand, met the arriving new commander, Lt. Gen. Bernard Montgomery. Monty was full of spirit and looking very fit. “Well, Freddie, you chaps seem to have been making a bit of a mess of things. Now what’s the form?”

De Guingand then produced some documents giving the relevant situation and all the relevant facts. Monty immediately reacted, “Now Freddie, don’t be silly. You know I never read any papers when I can get the person concerned to tell me himself. Put that bumf away and unburden your soul.” De Guingand laughed and Monty saw at once that he would get a first-class review of the present situation and the causes of it—with nothing held back. They sat close together with a map on their knees and de Guingand told the story; the operational situation, the latest intelligence about the enemy, the generals commanding in the various sectors, the existing orders of theater commander Gen. Claude Auchinleck about future action, and de Guingand’s own view of things. Monty let him talk on, occasionally asking a question only to clarify some point.

When de Guingand finished, there was silence for a moment or two; then Monty asked about the morale of the officers and men. De Guingand said it wasn’t good; the Eighth Army wanted a clear leader and a firm grip from the top. Montgomery concluded, “You’ll never win a campaign as it is at the moment.”

The new commander called a meeting of the staff that very night and went through his proposals for the future. De Guingand vividly remembered that address. “It was one of Montgomery’s greatest efforts. We all felt that a cool and refreshing breeze had come to relieve the oppressive and stagnant atmosphere. The effect of the address was electric—it was terrific! And we all went to bed that night with a new hope in our hearts, and a great confidence in the future of our Army.”

Senior leaders make hard choices based on evidence and judgment, which demands courage and a willingness to agilely change the plan when necessary. Critically, the leader must radiate confidence in the plan in a very personal and direct way among as many soldiers as possible, because, as Montgomery himself noted, “battles are won primarily in the hearts of men.”

The senior-level battle rhythm follows a certain pattern: information in, analysis with trusted discussion of the issue, orders out, and repeat. The leader’s process compares the matches of relative combat power in each supportable course of action that will lead to the strategic goal, which reveals the course with the best odds of success. The leader must be present at a decision meeting, but a deputy usually receives the information-only briefings.

Strategic executives do not have the time or bottomless attention span to absorb a lot of detail. That function belongs to chiefs of staff and deputies who will scan their zone, find critical data, examine the analytics, and report the germane facts with an incisive recommendation to the boss. Bosses trust these gatekeepers to filter access and information. Mentorship is an important function of a leader, but a good senior leader will not spend much time in unplanned pontificating. Lengthy preaching to a captive audience usually indicates a reluctance to decide.

Senior leaders’ primary interests are set by their level of authority. Interests ascend from theater operations to national strategy, with the corresponding emphasis on the resources that affect combat power: logistics, funding, and the selection of leaders.

Top executives’ time is precious. Hollywood studio chief Jeffrey Katzenberg had 750 breakfast meetings in 260 business days by limiting each meeting to twenty minutes. The presenter arrived precisely on time, was served some food and got about seventeen minutes to make the pitch. The waiter then swooped in to clear the table, and Katzenberg gave a warm goodbye. Katzenberg’s time is very valuable, but he sees the three meetings per morning as his business opportunities. The presenter gets the rest of the day to smile about meeting with the mogul.

Rhythmically scheduled briefings should follow a standard format to develop the boss’s brain “muscle memory” and make new information easier to place within the frame of existing conditions.

The temptation to omit nothing is compelling, but the boss can’t be “fire hosed” with data. The War College limits the size of student papers to instill the habit of isolating the essential facts and ruthlessly flushing every unnecessary word. Cover what, when, who, where and, most importantly, so what. There must be a final assessment because senior leaders will not tolerate doing their own staff work. The ultimate “so what” is the effect on relative combat power. Military capabilities shape military options, which is why campaigns are so dependent on logistics.

Effective messages must be simple at the very senior levels. Be aware whether the decision maker is a reader or a listener. It is a very rare senior leader who likes to digest a dense document or extensive slide deck. Charts and diagrams do not persuasively boost morale or   stimulate emotions. Cartoons convey concepts better than spreadsheets or many words. Even a good theater campaign directive need only be about one page long.

Three is usually the limit of topics that can be adequately examined or complex or debatable positions absorbed. Winston Churchill applied the “rule of three” to his most eloquent, moving, and memorable speeches. The savvy staffer knows that if the boss is in a hurry, asking for “just three things” frequently leads to “yes.”

Fear not to say, “I don’t know,” as long as you follow up with a pledge to find out, or because the fact is a known unknown. The boss, of course, should explain why she wants to know. Baloney is a dangerous diet for the boss. After all, planning begins with assumptions, and those assumptions—the known unknowns—must be converted to facts as soon as possible.

In short, strategic briefings are dialogues between leaders and subordinates with mutual trust. The briefer is informed, fearlessly frank, and incisive. The boss must be morally courageous, selfless, and optimistically opportunistic. Together, they pursue the truth that leads to victory.

Michael Symanski is a retired US Army major general, commanded at all levels through two stars, and served in the Department of the Army G-3/5/7. After retirement, he was a senior mentor to the Afghan Ministry of Defense. He has an MA in history from the University of Illinois.