Bringing Back the Punitive Expedition 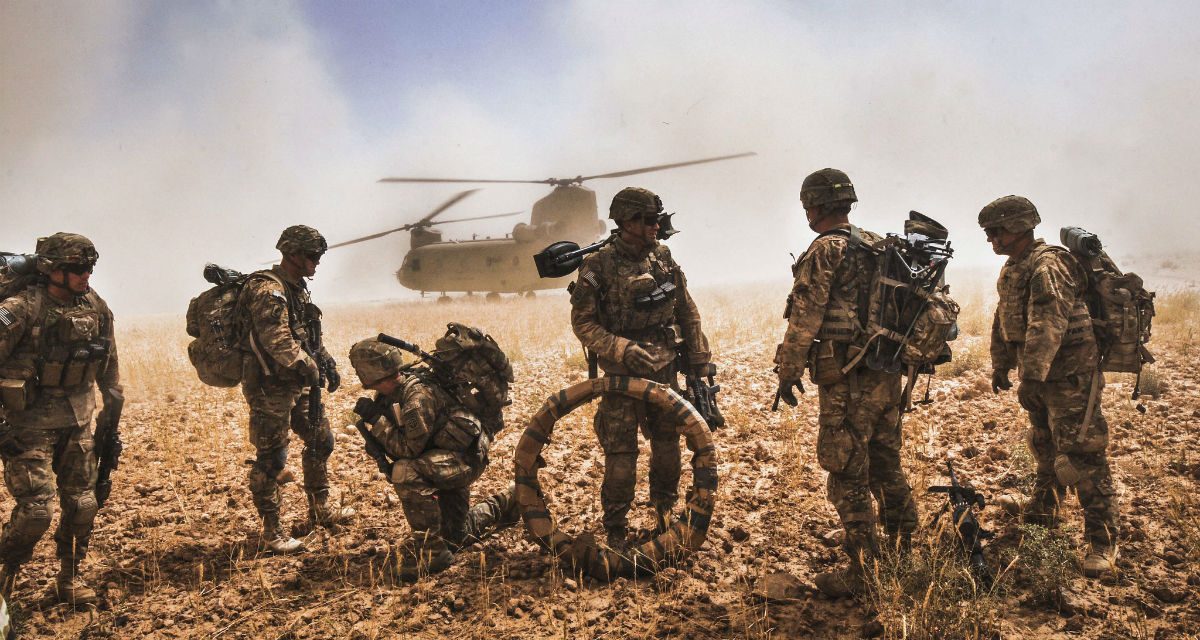 Because ends exist only in the imagination, they can be infinite. . . . Means, though, are stubbornly finite…Ends and means have to connect if anything is to happen. They’re never, however, interchangeable.

In October 2019 we marked the eighteenth anniversary of the start of operations in Afghanistan—and with each year, the “Forever War” label applied by some pundits becomes more difficult to argue with. After eighteen years of conflict, lost lives and expended treasure it is past time to consider other options for action in the Department of Defense range of ways to more effectively employ military power. The range of military responses offered to a president who must do something in response to an incident sufficiently jarring to the national psyche must include punitive expeditions.

Given the scope of poorly governed and ungoverned spaces on the planet and the “stubbornly finite” means that Gaddis describes, a carefully crafted punitive-expedition option establishes a measured response to the action of a foe, is within the scope of existing laws of land warfare, and offers focus for military action taken in support of a policy objective. It is time to reconsider the military’s use of them. Including a punitive-expedition option when developing use-of-force options for policy makers fits into the absolute requirement to connect policy ends to the finite means of both military forces and sustaining the support of the people for a desired policy objective.

Bearing in mind the Clausewitzian trinity—enmity, chance, and reason—and the effort required to sustain the will of the nation, the military must resurrect the option of the punitive expedition. After an attack like the one on 9/11 the demand for action will be irresistible. The Clausewitzian definition of war reminds us of the purpose of deciding to use force. “War is thus an act of force to compel our enemy to do our will.”

Another reason to bear Clausewitz in mind is his rejoinder regarding bloodshed and the use of force:

Kind-hearted people might of course think there was some ingenious way to disarm or defeat an enemy without too much bloodshed, and might imagine this is the true goal of the art of war. Pleasant as it sounds, it is a fallacy that must be exposed: war is such a dangerous business that the mistakes which come from kindness are the very worst. The maximum use of force is in no way incompatible with the simultaneous use of the intellect.

A punitive expedition results in a measured, relatively swift, focused response. It can be of some duration but only long enough to achieve the policy ends of punishing the group that threatened US interests or caused US casualties. There is no regime change, no re-ordering of the existing power structure in a region. A punitive expedition demonstrates the will and ability of the US government to act with violence. Especially when striking into ungoverned areas there is no Phase V (enable civil authority) as there is no civil authority to reestablish. The purpose of the punitive expedition is to act with violence and return to home station. The linkage to policy is straightforward. In ungoverned or poorly governed spaces, a punitive expedition is measured, focused, and not open-ended. A punitive expedition acts with diplomatic and informational efforts, each reinforcing the other. Indeed strategists and planners must bear in mind the political object irrespective of the development of use of force options. Again we return to Clausewitz: “The political object—the original motive for the war—will thus determine both the military objective to be reached and the amount of effort it requires.”

A punitive expedition is not the “easy button”; rather, it is a more difficult operation to conceive because it requires a recognition of the limits of force. The need to bear in mind the policy end at which the use of force is aimed remains paramount prior to and during the operation. Moreover, the ability to cease, escalate, or deviate operations will need to be as dynamic as the political climate demanding action. The dialogue between the senior civilian policymakers and the military requires constant engagement—and, I offer, more effort on the part of the military. Planners and military decision makers must develop a range of response options conforming to an understanding of the need to do something now with an equal understanding of the conditions driving policy. And policy will change as conditions change, polls measure the limits of public support, and social media observations turn into developing and competing narratives. These conditions act as limits on the utility of using force.

Beginning with the End in Mind

The multi-phased approach to planning conflicts remains useful in order to structure and synchronize the dynamic and daunting tasks of accomplishing military objectives that achieve political conditions favorable to the United States. Again, the successful execution of any strategy demands a recognition of the ever-balancing Clausewitzian trinity: enmity, chance, and reason. The government, purveyor of reason, must remain engaged in the conduct of the war while sustaining the passion of the people to support the war.

Short of declaring war, which is apparently antiquated in this modern age, and even asking the legislative branch to remain engaged by reviewing and updating the authorization for the use of military force, it falls on the military to bear in mind framing the war upon which the nation enters. As Clausewitz wrote,

The first, the supreme, the most far-reaching act of judgement that the statesman and commander have to make is to establish . . . the kind of war on which they are embarking; neither mistaking it for, nor trying to turn it into, something alien to its nature. (Emphasis added.)

The statesman and the commander must understand and agree to the kind of war upon which they are embarking—or in other words, the use of force as an extension of policy they are going to conduct. This is why it is so important that military people know how to speak to politicians and policymakers in a language they understand—not merely talking in terms of “body bags and trips to Dover,” but a clear understanding of and the ability to convey what the use of force can and, significantly, cannot do. As a quote attributed to Talleyrand goes, “you can do anything you like with bayonets, except sit on them.”

This is not to say the military is bloodthirsty and desires combat, but to acknowledge that the determination to use force as an extension of policy carries with it the fact people will die and property will be destroyed. The decision to use force must be made with a mind open to loss and the repercussions of loss in the Information Age of social media and twenty-four-hour news and political-commentary cycles.

Violence is Not an End within Itself

Punitive expeditions are merely the physical stimulant for changing behavior and only enable a greater effort to achieve decisive results within the psychological aspects of diplomatic and economic competition.

There are recent incidents wherein the threat of force gained policy objects without a shot being fired: Libya giving up its nuclear weapons in 2004, for example, and the Russian conquest of Crimea. Perspectives on these incidents abound but here again On War provides the ultimate observation:

Combat is the only effective force in war; its aim is to destroy the enemy’s forces as a means to a further end. That holds good even if no actual fighting occurs, because the outcome rests on the assumption that if it came to fighting, the enemy would be destroyed. (Emphasis added.)

As John Lewis Gaddis points out, connecting the means to the ends is difficult but vital. This ability must be in the military strategist’s intellectual toolkit. Including a punitive expedition into the proposed range of military responses to an enemy action can satisfy the need to act relatively swiftly and can assist in crafting a policy end within the ability of the applied means to achieve. A punitive expedition does not close the door on other options. A punitive expedition as a response option is also not a substitute for a strategy. But it can fit well into the conditions around which policy and strategy are developed and refined as conditions change—and strategists know conditions will change.

The narrative accompanying action must also be considered as a part of both the government policy and the supporting strategy. Playing well in Peoria is important, but a consideration of how the narrative plays in Paktia province and Paris must also be incorporated into both thinking and action. As Lt. Gen. Eric Wesley suggested during the 2019 Association of the US Army convention, whoever wins the narrative of the first battle may well win the war.

The purpose of the punitive expedition is to act with violence and return to home station. The linkage to policy is straightforward as execution of these types of expeditions will serve to demonstrate that the United States will reach out and take action to destroy a foe who threatens vital national interests and American lives. In ungoverned spaces, a punitive expedition is measured, focused, and not open-ended. A punitive expedition must act in coordination with diplomatic and informational efforts, each reinforcing the other. Indeed strategists and planners must bear in mind the political object irrespective of the development of use-of-force options.

It is time to return to consideration of punitive expeditions.

Col. (ret) Kevin Benson, PhD, commanded from company to battalion level and served as a general staff officer from corps to field army. He was the CFLCC J5 (Plans) at the start of Operation Iraqi Freedom and the director of the School of Advanced Military Studies. The views expressed are those of the author(s) and do not reflect the official position of the United States Military Academy, Department of the Army, or Department of Defense.