Building the Next Generation of Boyds, Hoppers, Krulaks and Pattons 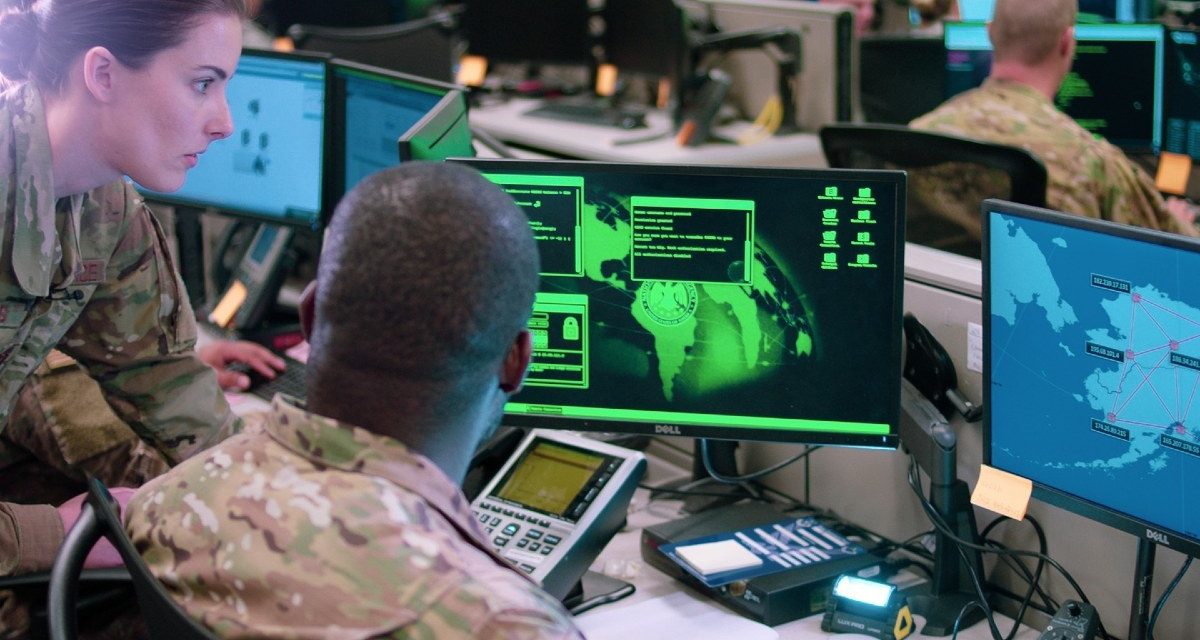 Among technologists, there is an anecdote about a senior military officer who didn’t fully understand the capabilities and limitations of his intelligence, surveillance, and reconnaissance (ISR) assets. The story is said to have taken place at some point in the last decade, when this senior officer, a joint task force commander, was advised of his ISR requests being denied—only to receive a satellite asset at the last minute.

“Good—at least that’s something,” the commander said. “Now let’s have it loiter over this objective for that critical twelve-hour window.”

The staff looked at him perplexed, and after a brief silence one of the more junior but technically oriented members spoke up. “Sir, that isn’t going to be possible.”

The commander became visibly agitated as he shot back, “This asset has been assigned to me for use of our mission over the next twenty-four hours. We need it over the objective for those twelve hours. Now tell me why that is not possible.”

The staff officer swallowed, and with nothing else coming to mind, he said, “Well . . . physics, sir.”

This anecdote paints a common story of frustration between technologists and warfighters. In today’s terms, the technologists are the coders, data scientists, physicists, and engineers. Technologists build and develop the black box—technological solutions to operational problems. They understand the details behind the function of the black box and the way it delivers its outputs. The warfighters are leaders on the front line—commanding units or platforms. Senior decision-makers and policymakers fall in this category when their decisions impact the warfighter. Whereas the technologist must understand the details of the black box, the warfighter does not. Warfighters only need to understand the capabilities and limitations of the black box in order to know when and why they should employ it. This bifurcation and the attendant friction between the two groups are the natural results of the depth in experience and education required to confront each group’s unique challenges.

Technological leaders have been viewed as mavericks, visionaries, innovators, or zealots. John Boyd was a maverick who directly impacted the development of the F-15 and F-16 and whose legacy includes his invaluable conceptualization of the OODA loop—observe, orient, decide, and act—the application of which has been just as valuable on the ground and at sea as it has been in the air. Grace Hopper was a visionary who brought the US Navy into the computer age. Victor Krulak was an innovator who was instrumental in the development of the Higgins boat, helped to bring rotary-wing capabilities to the US Marine Corps, and has deservedly become the namesake for a Marine Corps center for innovation and creativity. George Patton was a zealot whose passion for the tank would put him at odds with senior Army leaders but deeply influence US armored warfare. Whatever label is applied, they are all seemingly serendipitous unicorns—characters who are special and unique in their circumstances and who stand out in history.

Today, the US military finds itself in a moment of potentially disproportionate strategic importance. How we frame the future and make decisions now will have outsized consequences. This forthcoming period has been variously referred to as the Fourth Industrial Revolution, Industry 4.0, and the Second Machine Age. Speaking militarily, the notion of the “Cognitive Age” provides a useful frame of reference for the joint force. The Cognitive Age anticipates significant and exponential changes in the capabilities of systems, networked platforms, computing power, biotechnology, and artificial intelligence that will change the character of warfare in the forthcoming decades.

To fight and win in the Cognitive Age, the US Navy charged its education enterprise to develop adaptable leaders equipped to confront uncertainty with a strategic framework of how to think about the future and a broader understanding of the technical and strategic complexities in war, conflict, and competition. These leaders will need to think critically, communicate clearly, and discern, decide, and act against problems that cannot be imagined today—all with a bias for decisive and ethical action.

Generally speaking, such leadership is also arguably at the center of the Army’s doctrinal aim. However, the US Army is no exception to the bifurcation between technologists and warfighters. The development of leaders who understand the strategic complexities of war, conflict, and competition is largely restricted to functional areas or centers of advanced professional military education like the School of Advanced Military Studies. The technologists are largely confined within a variety of military occupational specialties, functional areas, and “emerging technology opportunities.” Within this design, the warfighters and technologists are separated as the Army seeks to balance the demands and requirements for specialization and generalization.

The Army is not alone in this challenge. Across the joint force career advancement through officer education, training, and development incentivizes choosing one path. Herein lies the central problem: the services produce technologists and warfighters; meanwhile, developing technological leaders is left to serendipity and circumstance. While this has worked out in the past, it is a dangerous assumption that it will work out in the future. In the coming decades, the character of warfare will evolve as technological change unfolds with compounding complexity, requiring a unique perspective that balances both strategic and technological understanding. To be ready for this challenge, we must invest now in the next generation of technological leaders.

Developing a cadre of technological leaders, however, comes with prerequisites. It requires convening a faculty with depth of experience and knowledge spanning technical and strategic complexities. The faculty need to be involved in relevant technical and strategic applied research. Research and education require secure facilities to conduct classified work. And an interdisciplinary curriculum that produces technological leaders must be established. The good news is that while the US Army does not have an institution with this level of applied research and technological expertise, it does not need to have one. Instead, the Army, along with the other services, should invest in institutions and programs that already fit this mold. Among these are the US Air University’s Joint All Domain Strategist (JADS) program and recent initiatives from the Naval Postgraduate School.

Across the spectrum of strategic and technological complexities, the JADS program is weighted toward strategic complexity and filled out with an appreciation of the technical complexities of joint, all-domain operations. Air Command and Staff College students have the opportunity to take JADS as an elective, where they apply what they learn through exercises and capstone projects with real-world problems and sponsors. JADS students study strategic and operational design, reflexive control theory, aggregation theory, decision-making theory and risk analysis.

The Naval Postgraduate School traditionally focused on the technical complexity side of the spectrum, but has recently been drawing on the experience and knowledge of its faculty to develop opportunities to grow technological leaders. There are organizations and institutes like the Warfare Innovation Continuum and the Naval Warfare Studies Institute that provide unique opportunities for current students to blend technological and strategic complexity. For prospective students who want to focus exclusively on being a technological leader, the Naval Postgraduate School has established the master of science in strategy degree.

The master of science in strategy is an interdisciplinary degree drawing from a technically focused graduate-level certificate and combining this with a unique strategic studies curriculum and an applied research thesis. The strategic studies curriculum focuses on policy topics like national security decision making, emerging technology, space systems, and cyber. These courses are designed to provide tools for technological leaders to define ill-structured, sometimes wicked, problems and formulate outcomes with clear operational benefits bounded by technical reality.

The principal constraint of this program, however, is its limited technical focus. Currently, technological leaders produced by this program will focus either on space systems or nuclear command, control, and communication. However, as the program expands, there is potential for growth into existing technical certificates in cyber, artificial intelligence, and data science.

In a recent US Army Mad Scientist discussion on policy and ethics of autonomous systems, the panel of experts highlighted the need for translators—those who understand both the hard and soft sciences—if the US military is to be successful in the upcoming Cognitive Age. Whether we call them translators or technological leaders, now is the time empower, develop, and build the next generation of Boyds, Hoppers, Krulaks, and Pattons. The alternative is to leave it to serendipity and hope that they emerge individually by circumstance. We can’t afford to take that chance.

Lt. Col. Kelly McCoy is a US Army strategist currently serving as the Strategy Chair for the National Security Affairs Department at Naval Postgraduate School. In this capacity, Lt. Col. McCoy teaches courses on strategic planning and emerging technology, as well as policy analysis for national security decision making. He has led various planning teams in Army, joint, and interagency contexts. He has multiple deployments in support of combat operations in Iraq and Afghanistan.