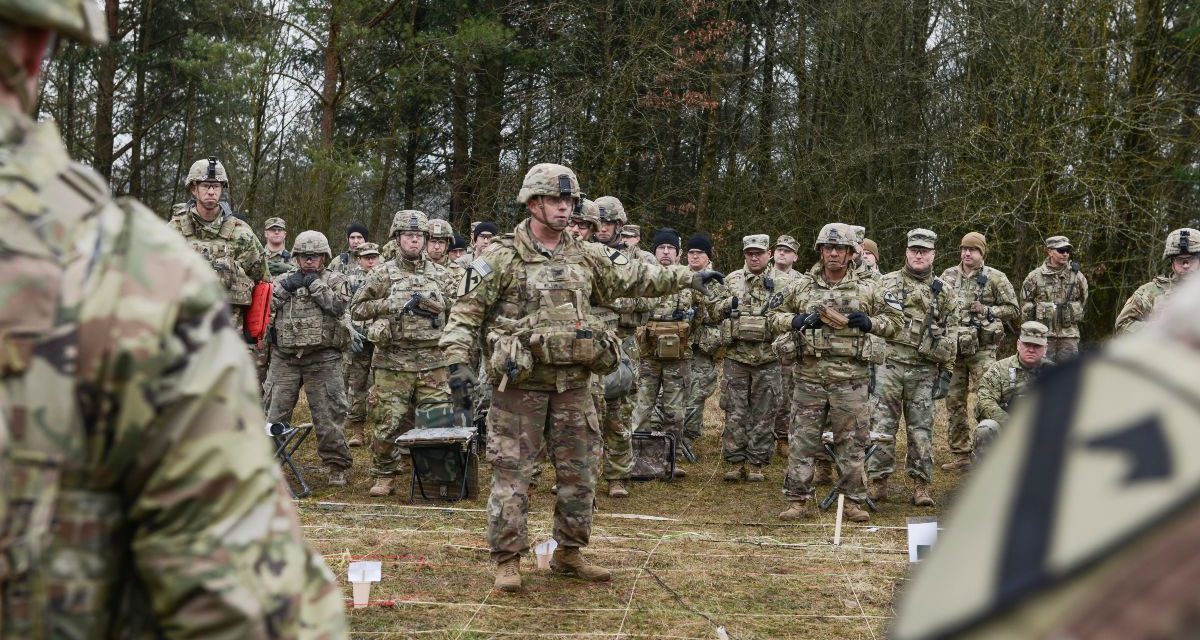 The US Army’s adoption of mission command is going on its eighth tepid year of implementation, and the COVID-19 pandemic highlighted many of the struggles that have come with adopting a command-and-control system that, at its core, values initiative, adaptability, discipline, and above all else, decentralized operations. Mission command’s rollout has, and continues to be muddled, but the past several months have put many of those flaws and cracks on full display—it took DoD’s most senior military and civilian leaders to stop haircuts during a global pandemic, something mission command should have allowed the most junior of leaders to handle.

In his latest work, Adopting Mission Command: Developing Leaders for a Superior Command Culture, Donald Vandergriff continues his long contribution to the mission command debate. The book is Vandergriff’s attempt to identify and provide what he thinks Army Doctrine Publication (ADP) 6-0, Mission Command is missing—how the Army should address the preparation of military officers to operate in a mission command environment. Vandergriff believes the Army has over-invested in the latest command-and-control technology and under-invested in the education of junior leaders.

Vandergriff’s main recommendation, and the overarching theme of the book, is that the Army should adopt a hundred-year-old German command philosophy called Auftragstaktik, arguing it would “give more creativity, adaptability, and innovation” to junior leaders, better preparing the Army for future warfare. The idea of the German “genius for war” is nothing new to the US Army and Adopting Mission Command’s blend of history lesson and teaching methodology amplifies for the reader just how genius Vandergriff feels the German Army was.

In order to do adopt Auftragstaktik, Vandergriff argues, the Army needs to make some immediate changes to its centralized governance, top-down approaches to training and missions, and unwieldy doctrine. Vandergriff has a point; the Army’s mission command doctrine publication clocks in at 110 pages, which actually makes it reasonably short among the many, long publications that make up Army doctrine. He argues that this industrial style of thinking prohibits the existence of the mission command that the service wants to institute. While the Army has made some headway toward changing, adjusting how it aligns assignments for its officers, how it assesses and picks its next battalion commanders, and its adoption of a merit-based promotion system, training methods remain fundamentally the same.

Vandergriff outlines in some detail the rise of the Auftragstaktik model and its origin in the Prussian/German military. Prussia, a small state surrounded by enemies, needed to fight wars that were kurtz und vives (short and lively) to survive, and necessitated a decision-making style in war that was rapid. Adopting Mission Command uses historical case studies to outline Prussian and German adoption of Auftragstaktik, focusing on specific battles and the military theory behind them. Vandergriff has researched considerably for this portion of the work with both primary and secondary sources.

As well researched as the history in Adopting Mission Command is, Vandergriff is quite selective in how he employs that history. He falls into the trap, as Sir Michael Howard describes the phenomenon, of myth-making—“the creation of an image of the past, through careful selection and interpretation [of history]”—to weave a supportive version of history. Vandergriff presents his reader select snippets of German history to portray the superiority of the Auftragstaktik model, while ignoring discussion of the winter and spring training directed by the German Army’s high command that played a major role in their victory over France in 1940—no small detail to omit. Others have written more completely on the subject and they include Ernest May’s Strange Victory, and Williamson Murry’s Military Adaptation in War.

Vandergriff’s book makes almost no mention of the role French doctrinal dogmatism or the French military’s reliance on the methodical order of battle played in France’s defeat. Instead, the reader is regaled with stories of Germans dashing across France on half-page orders of only a commander’s broad intent. Missing is the fact that the Germans were meticulous planners at the operational level and that high-level planning, in combination with a long history of the use of Auftragstaktik, made the Germans a potent enemy. Adopting Mission Command draws too much on a long history of German forces’ tactical successes while ignoring the various other factors that contributed to their enemy’s defeat, something the US Army is just as guilty of during its quest to justify an American version of Auftragstaktik,

In The German Way of War, Robert Citino argues that Auftragstaktik may not be replicable outside of the Prussian/German tradition from which it rose. Similarly, Eitan Shamir’s Transforming Command argues that, given internal and external organizational pressures restricting the latitude of leaders, no military can fully embrace Auftragstaktikas the Germans envisioned it. Adopting Mission Command does little to refute Citino or Shamir, leaving the reader with a simple history lesson on the development of Auftragstaktik theory, but no proof that, as a style of mission command, it is repeatable in an American context.

Adopting Mission Command does make a convincing argument that an Industrial Age military education system is holding the Army back, slowing and complicating the very changes the Army seeks to implement, even if the reader doubts whether mission command can be fully implemented in the first place. The Army’s teaching methods prevent soldiers and leaders from developing the critical thinking skills they need on the battlefield. Vandergriff explores outcomes-based training and education in some detail, and argues that the training ideals developed and implemented by Gen. William DePuy conflict with the latest data in educational teaching methods and that the Army continues to focus too much on outdated learning styles.

Vandergriff argues that the consequence is an Army style training that produces soldiers and leaders too focused on training to the test and under-prepared for the problem solving necessary on the modern battlefield. Adopting Mission Command’s greatest contribution is as a practical expansion of the discussion of how the US Army can start training its leaders to build some critical-thinking competencies. Vandergriff provides his reader example lesson plans for tactical decision exercises (TDEs), practical examples of war games for the staff, and ten detailed examples of TDEs centered on combat-focused physical training that seem best executed at tactical units with little change to the already scheduled training.

Adopting Mission Command is an imperfect work, and readers hoping for a deeper understanding of mission command as an adaption concept or its applications to higher military thought should look elsewhere. Still, Vandergriff’s ideas on reforming tactical-level training will prove valuable to tactical-level leaders. If nothing else, the author has offered the reader of Adopting Mission Command a practical handbook on how to train better leaders at the margins of mission command—where strategy and operations give way to tactics, and soldier life or death.

Travis Zahnow is a US Army officer, a graduate of West Point, and an MA candidate at the Johns Hopkins School of Advanced International Studies, where he is concentrating in strategic studies and international economics.

The views expressed are those of the author and do not reflect the official position of the Johns Hopkins School of Advanced International Studies, the United States Military Academy, Department of the Army, or Department of Defense.