You Can’t Surge Trust: Lessons on Working with Allies and Partners 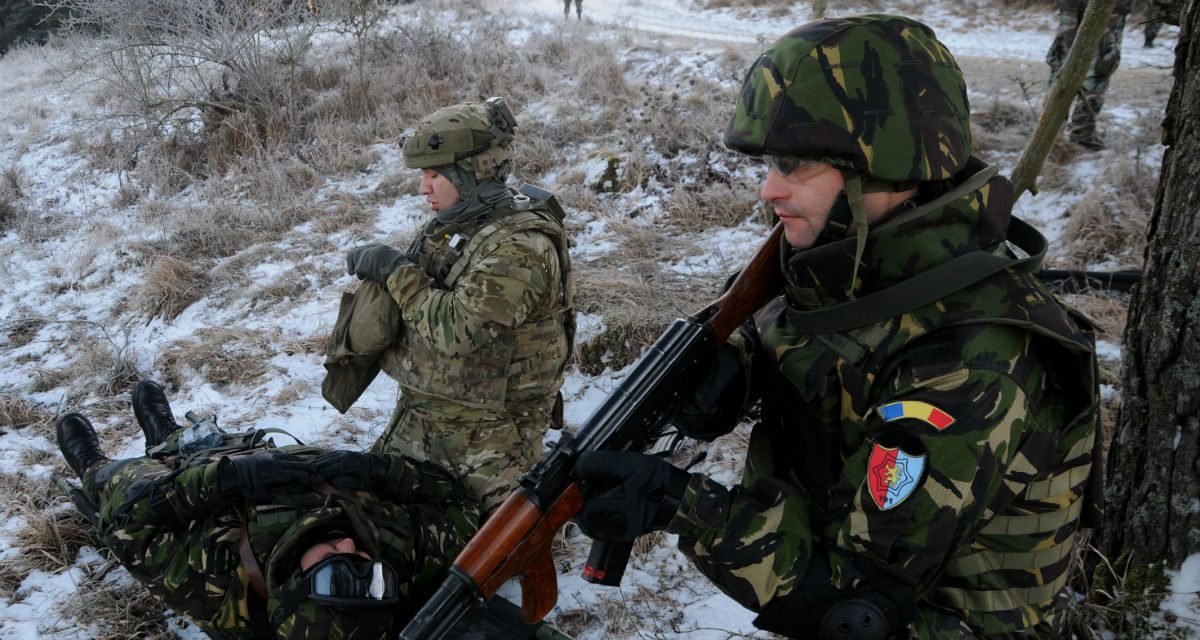 “My hands are freezing,” I thought as I cradled my cold rifle while trudging along toward the objective. It was also too dark and foggy to see beyond a few feet and the calf-deep mud I kept slipping in only reinforced the debate I was having in my head over my poor life choices. “Could this get any worse?” My experience in the Army proved time and again that it could. My empty stomach was only interrupted by the drowsiness that missing two nights of sleep could produce. I had to stay alert, however. My soldiers were relying on me. I was also wearing a US flag on my right sleeve and the Romanian soldiers attached to us were watching and judging. 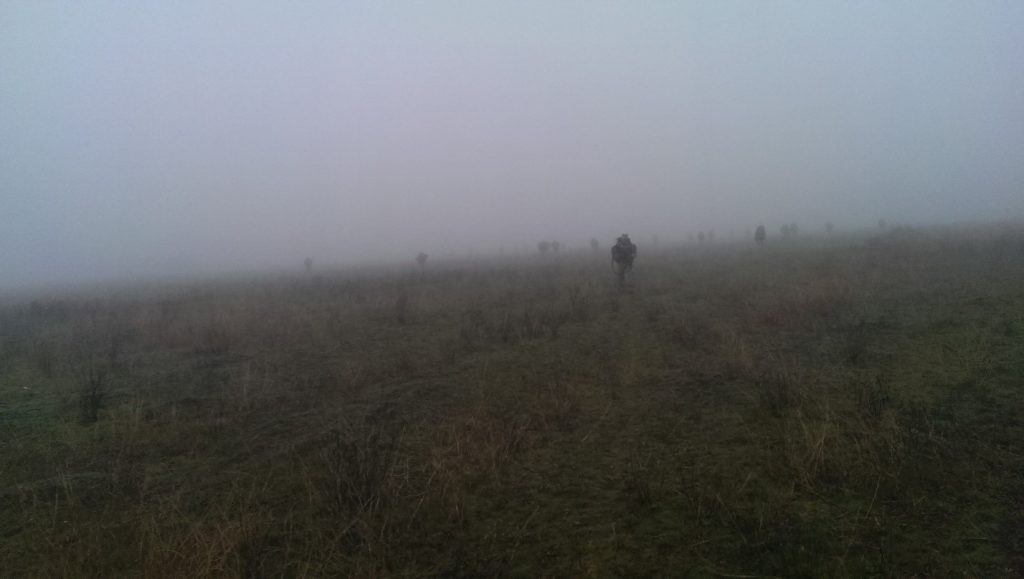 Today’s increasingly complex global operating environment can change at the speed of a tweet or viral video. It is therefore imperative for US forces to have the relationships that offer flexibility and options for any contingency—relationships established in advance of unforeseeable events. The world’s interconnectedness and US defense requirements demand partners and allies with whom we work effectively to bridge cultural gaps. Those relationships increase interoperability by creating realistic expectations and combating what can at times emerge as negative stereotypes. Further, shared experiences can help overcome misunderstandings and foster friendships that will be critical in times of crisis. Simply put, you cannot surge trust. It must be cultivated and given constant attention.

To increase our chances of success in combating current and future global threats, the United States must demonstrate commitment to our allies. This begins at the ground level. Every US servicemember must understand the critical importance that cultural awareness plays in fostering trust. The lieutenant conducting a training exercise on foreign soil is the face of the nation. His ability to navigate the complex human domain requires emotional intelligence and a firm understanding of the big picture. No US entity is better postured or has more interaction globally than the military. Every micro-interaction is an opportunity. An awareness of this fact, along with an action plan, can equip those on the ground to have positive impacts at the strategic level.

My feelings of self-pity evaporated when a broken message came across my radio: “cha-lae.” Adrenaline has a way of providing focus. Rally Point Charlie was the final rally point where we would rendezvous with a Romanian long-range reconnaissance platoon. They were inserted days ago and were responsible for maintaining observation of our objective. The information they would provide was critical to our success. Over the past week I reminded myself how beneficial it would have been to maintain my Italian language ability. Romanian is part of the romance language family and a lot of overlap exists with Italian. I found it difficult to avoid the temptation to blame my partners for any inadequate communication: “Why can’t they just learn English?” 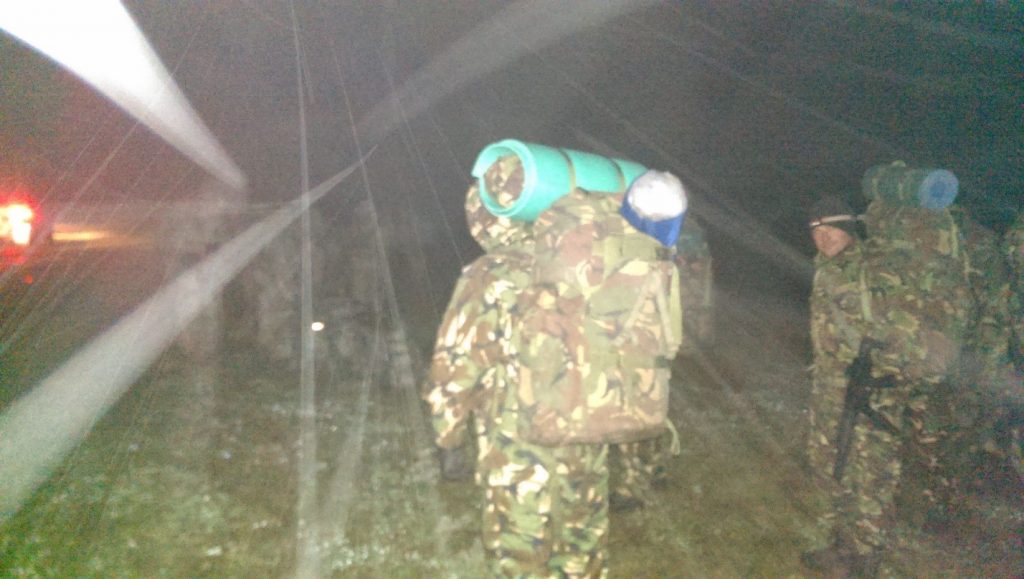 The United States faces a diverse—and arguably growing—array of threats across the world today, which combine to exceed even our substantial resources. Only by leveraging and consolidating efforts with allies and partners can we have a fighting chance. Future conflicts will require an ability to operate with partnered nations. The United States simply doesn’t have the luxury of unilateral action. Critical to interoperability is communication. Messages must be quickly sent and understood to be effective. Barriers to this effectiveness will likely include incompatible hardware. This, however, is a technology problem that can be overcome. In contrast, language has nuance. When operating with a different culture, a message can mean different things even in the same language. A battlefield is not the place to build effective communication methods. Failure to understand increases risk. Blaming allies for not doing things “our way” is also ineffectual. Trust and understanding must be built in advance.

“Ochii trei, acknowledge. Checkpoint Charlie.” At least I remembered their call sign. Hopefully they could remember the map-reading class we gave last month and provide accurate grid coordinates to our target. My inability to grasp latitude-longitude when they showed me forced us to use the Military Grid Reference System. They were not overly excited to learn an entirely new system so close to our operation but they had no other choice. I convinced them that our helicopters and fire support could only be employed with this method. In exchange, I would learn how they read terrain. Because of recent cuts to their defense budgets, the Romanians spent a lot of time training in austere conditions. They were very adept at moving on foot. Eastern Romania was also remarkably similar in vegetation and geography to our current location. 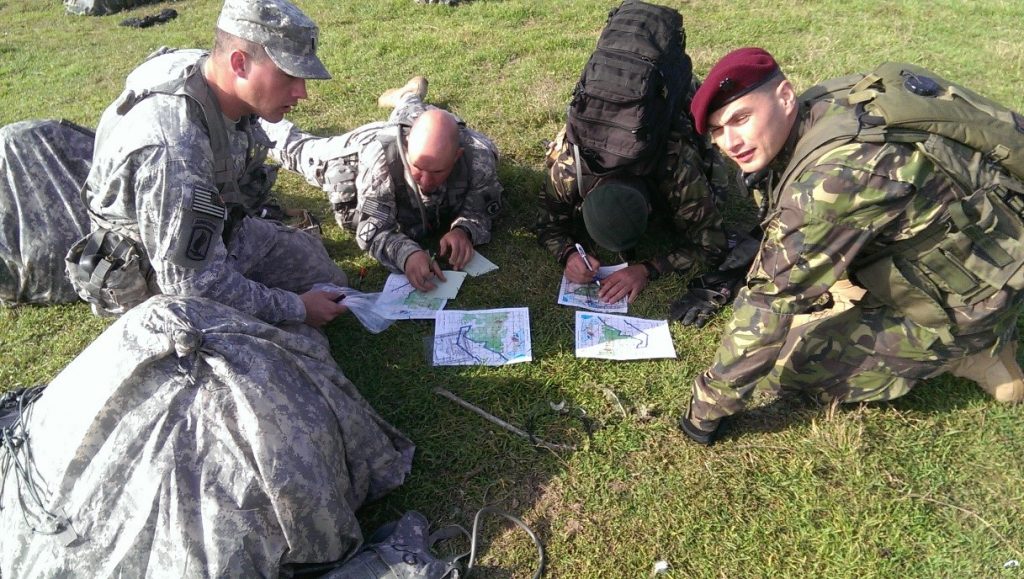 The benefit of partnered operations is the ability to leverage each partner’s strengths. Every partner has unique characteristics that can be used to enhance operational performance. An ability to identify how differences can be employed as a strength is critical. This can only come from interacting with partners and working to understand the cultures they reflect. The more immersed the experience, the better the outcome. In addition to utilizing differences as an opportunity, compromise is also necessary. The actors involved demonstrate their commitment and resolve through a willingness to endure an equal share of the burden. As such, all parties must be given a voice in how an action will be conducted. Again, this is made easier if strengths are identified and leveraged toward designing a solution to the problem at hand.

A dense and impassible thicket of tangled trees and shrubs surrounded the objective. It was unlike anything I had seen before. I nicknamed it “the enchanted forest” when I reported to higher. I’m not sure they understood the message because they simply reminded me to stay on our timeline. Speaking of timeline, why is that Romanian solider eating right now? As I creeped over to the young soldier I could see the flash of a smile despite the minimal illumination. Apparently, he had been saving his “snack” for this moment and was happy to share with me. The last thing I wanted on an empty stomach was pickled sausage out of a mason jar. Through a series of gestures, he reassured me it would provide strength for the assault. Swallowing my pride and realizing things really could get worse, I begrudgingly took a few bites of the salty, vinegar-soaked meat and choked it down the best I could. I wish I had kept that last piece of gum, but I was grateful for his generosity and to have a few calories. 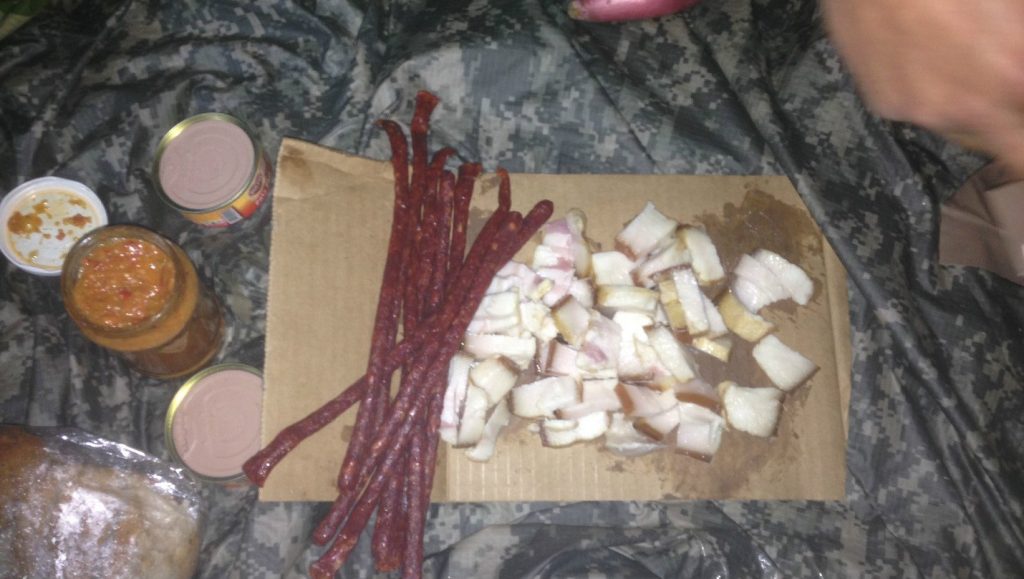 Different does not mean wrong or substandard. US service members must be trained to have an open mind. To try new things. To be respectful and work to understand from partners’ perspectives. It is possible they have a better way of accomplishing a shared goal. For leaders, especially, exposure to a variety of these solutions also adds a degree of mental depth that can be leveraged in the future. The additional benefit of embracing aspects of a partner’s culture is the impression it will help form. You represent your nation. A willing participant is far better than a self-righteous, entitled outsider. Working cooperatively to address minor issues will build a solid foundation when a coalition is presented with hard decisions.

“If we cannot go through the vegetation as originally planned, how can we possibly get the enemy out of their defensive position?” My Romanian partner suggested we deviate from our original assault plan and utilize a smoke grenade. We could then force the enemy into an ambush as they fled along the only route away from the objective. It wasn’t a terrible idea. In fact, it actually made a lot of sense and reduced risk. The most difficult and exposed position would be that of the soldier who threw the cannister. Since we only had one, I volunteered myself for the task to make sure it got accomplished. After a quick huddle to issue the fragmentary order, we set off. I crawled in from the east. The elevated terrain would provide the best throwing position. Just before I stood to heave the cannister, a young Romanian solider got my attention and muttered something repeatedly. Time was up, and I chucked that grenade as far as I could. Unfortunately, I refused to take the time to understand what “direcția vânt greșit” meant. We didn’t have time to adjust our plan. And I definitely didn’t have time to explain the intricacies of a synch matrix for our supporting enablers. It turns out the message he kept yelling at me meant: “wrong wind direction.” Could things get worse? Yes. My perfect throw soon resulted in my inability to see anything that was happening and the collapse of control between our assault and support-by-fire elements. The chaos that ensued was memorable. 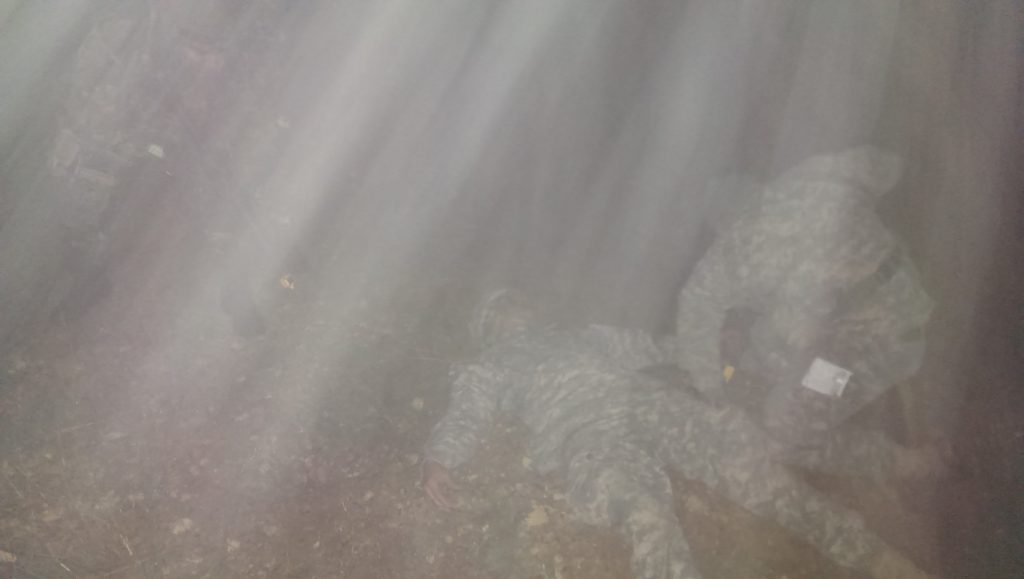 Despite our military’s many advantages, we will never have all the answers. We must overcome the very real temptation to believe that we have all the information and that our information is better than that of our partners. Technology can be a force multiplier, but we must never forget to leverage critical thinking. We must make time to validate the ideas and intelligence provided by our partners. Their perspective can be extraordinarily valuable. This is especially true if they are equally (or more) invested in the outcome. Trust is critical. A willingness to adapt to changing circumstances allows for the flexibility required to build this trust and to meet mission objectives.

I felt a hand on my shoulder. It was my Romanian battle buddy. He extended a bottle of water to help rinse my eyes. When my vision cleared I saw a huge smile on his face. We caught the enemy unaware and they fled as predicted. After reconsolidation and reorganization on the objective we moved toward our exfiltration point. Everyone had a good laugh at my expense. Had this been a real assault, the outcome would be much different. I was grateful to have the opportunity to forge a relationship with these guys. Later that day our collective units trucked to a restaurant in town where we continued to “improve  interoperability” between our two nations. I trust them to have my back and look forward to the day we meet again. 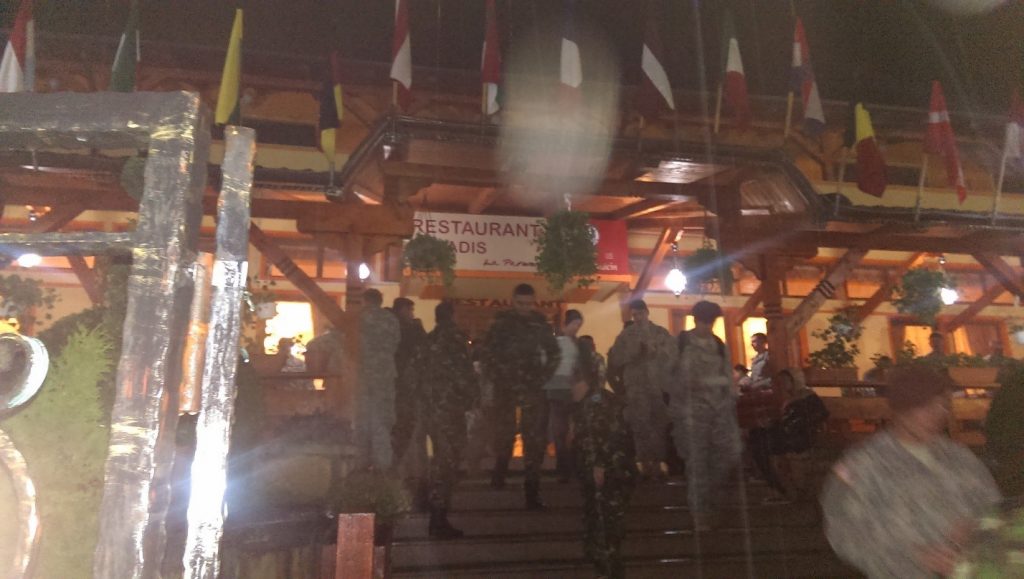 You can’t surge trust. It only comes by routine and consistent interaction in advance of a crisis. Trust allows soldiers to gladly fight alongside each other and perform at the higher level that will be required on the battlefield. Despite the many differences between partners and their unique cultures, if the fundamental goal is the same these differences can be leveraged to provide an advantage. When both parties are invested and rely on each other, a new level of performance can be achieved. Shared experience and a willingness to endure hardship is critical to bridging cultural gaps. Equally, once trust has been forged it is important to maintain. Relationships require routine maintenance. But when it is both developed and fostered, trust is a powerful tool. 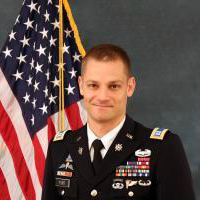 Maj. George Fust is a military intelligence officer who currently teaches in the Department of Social Sciences at the US Military Academy at West Point. He previously served in the 1st Infantry Division, 173rd IBCT(A) and 207th Military Intelligence Brigade. While stationed in Europe he worked in more than thirty countries ranging from West Africa to the Baltics. In addition to managing intelligence collection activities he conducted numerous joint exercises and training with US allies and partners.