Cataclysmic Event or Gradual Erosion? The Decline of US Diplomatic Power 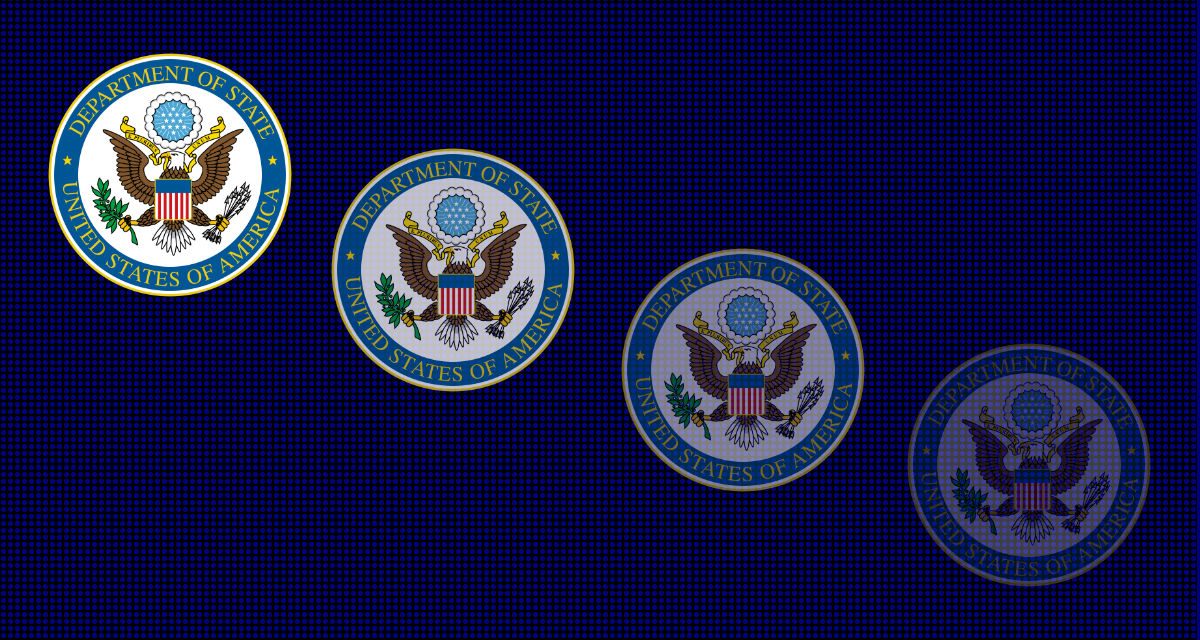 Ronan Farrow, War on Peace: The End of Diplomacy and the Decline of American Influence (Norton, 2018)

Last week Mike Pompeo, the newly-confirmed Secretary of State, announced to his new workforce that together they would “get our swagger back,” an unspoken but clear reference to the rock-bottom morale in Foggy Bottom during the tenure of his predecessor, Rex Tillerson. While Pompeo may see the Department of State’s doldrums as related solely to the management-style of his predecessor, Ronan Farrow argues persuasively in The War on Peace: The End of Diplomacy and the Decline of American Influence, that the department’s declining capacity and gradual exclusion from policy making began long before Tillerson’s ill-fated “restructuring” or what he sees as the militaristic inclinations of the forty-fifth president.

Farrow served in the State Department under the late Richard Holbrooke in his ill-fated quest for peace in Afghanistan, and those years inform the narrative of The War on Peace. Winner of the 2018 Pulitzer Prize for his investigation into Harvey Weinstein, Farrow turns his precocious investigative talents and punchy writing towards the long decline of the State Department and American diplomacy.

War on Peace has been marketed, cleverly, as a criticism of how President Trump and Rex Tillerson diminished American diplomatic capability. Farrow begins and ends his work describing the mass firings that inaugurated the Trump-era State Department and their deleterious consequences. The New Yorker, where Farrow serves as an investigative reporter, ran an extended section of the book that covers the firings and empty offices that characterize the disastrous Trump/Tillerson era in last month. However, readers of the full work will discover that Farrow also places blame for the decline of civilian leadership and the militarization of American foreign policy on the presidencies of Bill Clinton and Barack Obama.

Farrow labels the abrupt decline of the State Department under Rex Tillerson as an acceleration of a long trend. During the Clinton downsizing, he notes, the international affairs budget dropped by more than 30 percent, comparable with the requested cuts under the Trump administration.  Farrow saves many of his strongest punches for the Obama administration, in which he served. He takes umbrage at “micromanagement” by the Obama White House. He notes that this centralization of responsibility in so few individuals led to missed diplomatic opportunities; a “withering of capacity” at State; and, even, to quote Samantha Power, a “learned helplessness.” Farrow also forcefully argues that on key issues, such as Pakistan and Afghan warlords, the Obama administration abandoned respect for human rights in exchange for tactically expedient but morally and strategically dubious military solutions.

Fitting Farrow’s background as a journalist, the book is a collection of human tragedies rather than a policy examination on the future of the State Department. The most compelling of these tragedies is that of the late Richard Holbrooke, a larger-than-life character Farrow describes as “the closest thing to a father figure he ever had.” Holbrooke undoubtedly saw some of his own ambition to change the world in the young and idealistic Farrow. Farrow’s journeys with the famously melodramatic Holbrooke are gripping, funny, and emotionally compelling. Farrow puts forth Holbrooke, and the failure of the Obama White House to consider his ideas for a peace process to end the war against the Taliban, as the central example of how military voices can crowd out diplomacy and perpetuate war. Holbrooke, who died of heart failure, exhausted and outmaneuvered by competing voices, is elevated in the book as a literal martyr for diplomacy. Holbrooke’s defeat in the Afghan policy review process, to Farrow, symbolized the triumph of “tactical exigencies” and “mil-think”—favorite Holbrooke phrases—over long-term diplomatic solutions.

War on Peace is a personal tale, one of “world-striding” men and titanic egos. In Farrow’s cutting prose, it is “government as imagined by Aaron Sorkin.”

Farrow, who seems to ascribe to the “great man” school of history, leverages his journalistic/celebrity access to tell the story of diplomacy’s long decline through the words of surviving great men (and women). Every living secretary of state is extensively interviewed in the work, as are other prominent players, including David Petraeus and Michael Hayden.

Perhaps the most fascinating character in the book, and one with the largest ego, is the author himself. “I know you think you have a destiny!” Holbrooke chastises his mentee, the author, in one memorable section. With a Rhodes scholarship and a Pulitzer Prize at the age of thirty, it’s hard to disagree. Despite these gifts, Farrow fails to provide a convincing overall explanation for how American diplomacy has been weakened in the last half century.

War on Peace, although compelling as personal drama, fails to present a full examination of State’s decline. Rather, it resembles a collection of impressive but loosely connected New Yorker profiles. Farrow’s personal experiences working under Holbrooke in the Hillary Clinton State Department mesh uncomfortably with his investigative work into the Tillerson-era gutting of the department. He fails to properly trace the full narrative arc that has led the United States to embrace the military as the solution to a range of problems well outside the military sphere. In contrast, Rosa Brooks, in her spectacular How Everything Became War and the Military Became Everything, manages to balance her own personal story as a political appointee in the Obama-era Pentagon with an appropriate examination of the problem from a wider vantage point.

While Farrow’s voice is consistent throughout in its common refrain of respect for human rights and diplomatic engagement, the true thread of the book is the presence of the author himself. This leads the author to intellectual contradictions. For example, Farrow harshly criticizes Obama’s centralization of power in his first term in the book’s part one. Yet in the epilogue, he praises Obama’s second-term diplomatic achievements, including the Cuba opening, which were carried out under the strict supervision of the same bloated National Security Council—at the expense of the State Department. Of course, that same process-focused NSC sidelined the famously improvisational Holbrooke and the SRAP staff where Farrow labored. As the old adage says, where you stand depends on where you sit.

Farrow’s proclivity towards the “Great Man” school of thought lead him to elevate diplomatic titans such as Henry Kissinger, Richard Holbrooke, and Bill Burns as the principal reasons for diplomatic breakthroughs such as the Paris Peace Accords (Kissinger), the Dayton Accords (Holbrooke), and the Iran nuclear deal (Burns).

But where do these great men and women come from? John Kerry often speaks about the importance of “finding the next generation of talented foreign service, the next Bill Burns so to speak” and the danger of declining applications to the Foreign Service.

Lamentations over declining Foreign Service applications obscure one of the principal reasons for the State Department’s diminishing capability and influence: namely, its lack of a professional development process. Kori Shake, the director for policy planning at the State Department from 2007 to 2008, shares this concern in State of Disrepair, her serious-minded call for reform at the State Department. While Colin Powell attempted change in this area during his tenure, he ultimately failed. Foreign Service colleagues of mine complain that the department relies too much on luck, on the hope that the next Bill Burns-like prodigy will emerge from among its ranks. Such an approach is particularly dangerous today, given the sharp decline in the quantity of applicants to the Foreign Service.

War on Peace is an ambitious book that falls short of its ambition to be a sweeping overview of modern diplomacy in decline. Nevertheless, it is a remarkable achievement. Farrow’s prose is immensely enjoyable and, like a millennial Bob Woodward, Farrow brings you into the “room where it happens” to witness the decline of American diplomacy.