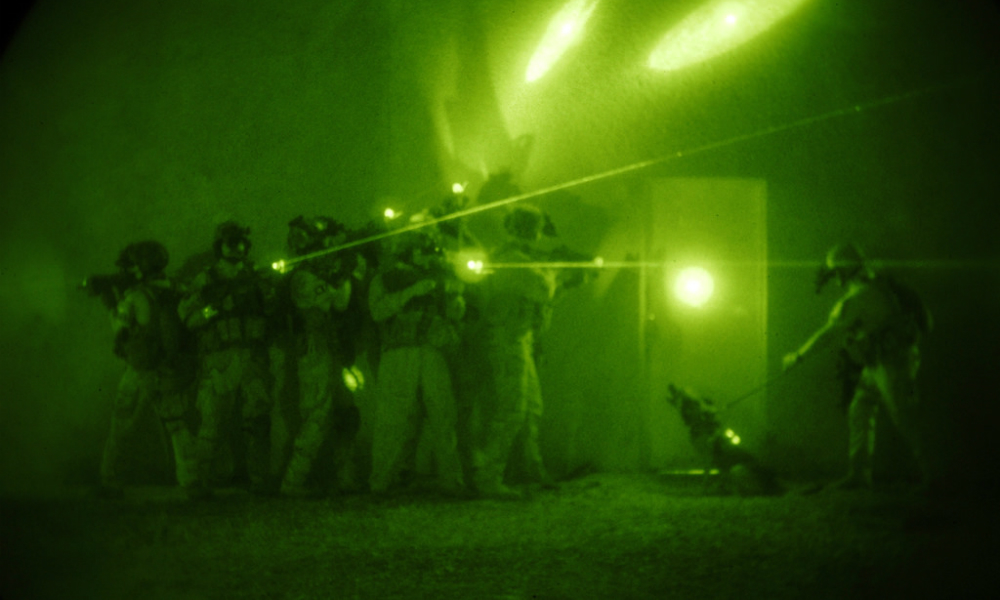 Taking meaningful action against a challenging problem requires first and foremost an understanding of the cause-and-effect relationships that characterize the challenge. While that statement might be so obvious as to border on platitude, inaccurately assessing those relationships has proven to derail more than a few US efforts to come to grips with strategic security challenges. Perhaps nowhere is this clearer today than in the struggles that US policymakers have had in crafting a coherent strategy to defeat ISIS. Like the comically overweight character in the Austin Powers film who declared, “I eat because I’m unhappy, I’m unhappy because I eat,” defense planners have wrestled with the question of whether ISIS’s strength causes a requirement for more US troops, or the prospect of more troops will cause ISIS to grow in strength.

Examining this causality puzzle requires an understanding of ISIS’s grand strategy. As a report by the Institute for the Study of War concludes, ISIS has adopted a three-tiered geographic worldview to advance, protect, and prosecute its global strategic objectives. The first tier involves protecting the borders of its declared caliphate and physical domains in Iraq and Syria. ISIS views this territory as its heartland and prioritizes protecting and preserving its territorial gains for the sake of the group’s credibility and to maintain access to the natural resources that fund its operations and governance. Outside this heartland lies the second tier—the Middle East and North Africa, what the group conceives of as its “Near Abroad.” Here, ISIS aims to destabilize apostate (“Western-friendly”) governments in order to create conditions favorable for recruitment and an eventual replacement with ISIS-aligned governments. Finally, the third tier consists of the rest of the world—the “Far Abroad.” In this space, ISIS aims to export its terrorist activities to foment fear and induce an over-reaching international response. Ultimately, ISIS has a very real “doomsday” end-state in which the Western world is drawn into a military conflict in Syria that ends with Islam’s triumph over Western armies on the fields of Dabiq, a region in Syria where the proposed “Armageddon” battle will take place.

Given this strategy, boosting the US role in Syria appears to cause ISIS to get stronger. Not only would an expansion with conventional combat forces legitimize and lend credence to ISIS’s prophetic narrative, but it would likely serve as a rallying cry for recruits eager to fight against an expanded and (critically) predicted, Western presence. With more conventional American soldiers offering more targets (as the “armies of Rome”) for ISIS fighters, a negative cycle of greater US casualties and stagnating progress toward strategic goals leading to greater US troop numbers can be expected. This dynamic plays right into ISIS’s hands and will likely have positive and far-reaching ripple effects for the group in all three of its strategic geographical tiers.

On the other side of the causality puzzle—whether ISIS’s strength, or at least US perceptions of it, causes a requirement for more US involvement—the military implications of the problem hinge on accurately evaluating this question. Even if ISIS’s strategy suggests that greater US involvement on the ground in Syria will strengthen the group’s narrative, adopting a passive role in the face of this threat seems both ill-advised and unfeasible. ISIS remains a relevant and powerful terrorist entity that still controls major population centers and corridors throughout Iraq and Syria. Even as American-backed Iraqi security forces close in on Mosul in Iraq, their self-declared capital city of Raqqa in Syria remains a viable (if beleaguered) hub for ISIS leaders and operatives to plan global terrorist operations. In 2016, ISIS reportedly conducted over 120 attacks in 29 different countries leading to over 2,000 casualties. These numbers do not portend success for any US strategy based on minimalist standoff approaches. Put most simply, doing nothing to directly address the safe haven of this sophisticated terrorist organization with demonstrated global capabilities is not really an option.

Analysis of this causality puzzle yields a frustratingly difficult conclusion: Given ISIS’s perceived strength, more US involvement in Syria seems necessary; yet the requirement for more involvement appears destined to bolster ISIS’s strategic narrative (and by extension, the group’s pool of resources and capabilities). This is the difficult reality in which US military and policy leaders find themselves with respect to ISIS and Syria. In essence, leaders must determine how to degrade and defeat ISIS in Syria while not committing large numbers of forces to the problem and thus fulfilling many of ISIS’s core and fundamental ideological prophesies in the process.

Special operations forces (SOF) present the ideal solution to fight ISIS in Syria and avoid the negative consequences posed by the causality dilemma discussed above. Renowned for their low-signature capabilities, SOF have had the primary role fighting ISIS in Syria from the beginning of the US involvement there. While recognizing the need for a “whole of government” approach to ISIS, any expansion of capabilities and resources in Syria should start with enabling, augmenting, and building out the SOF capabilities already at play in the country. Recently, reports have suggested that SOF operations have killed over 60,000 ISIS militants over the last two years. While critics may be quick (and correct) to point to the limitations of a counterterrorism strategy tied exclusively to terrorist body counts, the significance and impact of 60,000 fewer ISIS leaders and rank-and-file members should not be discounted. Even while ISIS still functions, SOF efforts have kept the group off-balance and presented ISIS leaders with nearly constant problems ranging from insufficient funds to pay their fighters to operational losses of key territory in Iraq. As an inherently joint force trained in irregular warfare, maintaining SOF’s primacy in Syria while augmenting their capabilities is perhaps the surest path to defeating ISIS in Syria without strengthening the organization’s narrative among disenfranchised populations of potential recruits. While ISIS’s narrative promises that its caliphate will flourish after crushing vast Western armies in Syria, SOF proposes to defeat the self-proclaimed caliphate not with “Western armies,” but with minimal, yet highly trained forces. Put simply, SOF offers the antithesis of the ISIS narrative in Syria.

Establishing, expanding, and tailoring the SOF role in Syria is the best way to resolve the dilemma of taking necessary and meaningful action in Syria without inadvertently helping ISIS’s cause along the way. An enabled SOF presence offers devastating effects for the ISIS narrative. ISIS will hemorrhage credibility among its target audience as potential recruits watch the exact opposite of ISIS’s narrative play out in Syria: no Western armies gathered for destruction in Syria, yet the caliphate steadily eroded by a relative handful of enabled SOF operatives partnered with local forces to deliver the effect. Success achieved in this way doesn’t just represent a defeat of ISIS as an organization, but a defeat of ISIS’s narrative and type of extremist ideology on which it is based. As such, SOF offer the most effective tool that can be brought to bear, within the limitations of the causality puzzle, to deliver the military defeat of ISIS in Syria, and could represent a significant step forward in the broader struggle to limit the longevity of Islamist extremism as a viable platform for mobilizing terrorism around the globe.