Charting a Way Ahead in the High North: What We Learned from the Polar Special Operations Essay Contest 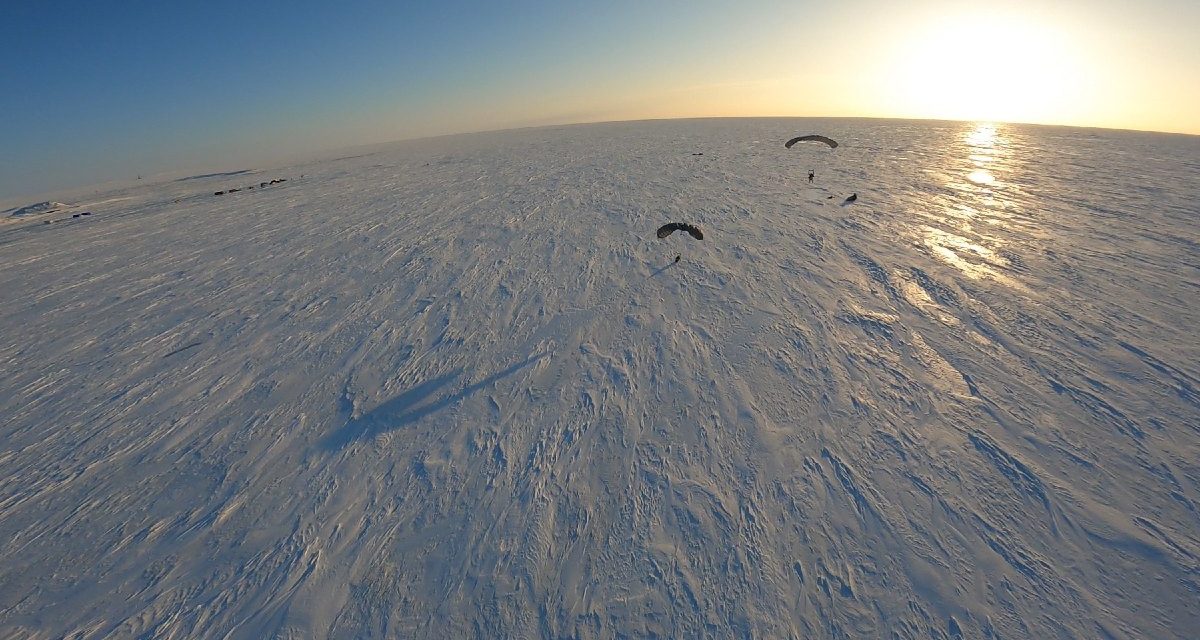 Editor’s note: The Modern War Institute’s Project 6633 and the US Army’s 10th Special Forces Group (Airborne) recently hosted an essay contest aimed at generating new ideas and expanding the community of interest for special operations in the polar regions. In this article, Major Zachary Griffiths synthesizes the key takeaways from the dozens of contest submissions.

In all, we received forty-four essays on topics covering everything from communications to CATVs to ketogenesis. Broadly, essays converged around three topics: a requirement for specifically “polar” special operations forces, the challenges of polar terrain and weather, and advantages to a multinational and joint approach to polar operations with a special emphasis on cooperation with the Coast Guard.

Below, we begin with key themes in three areas and conclude with focused questions for further research. When possible, we attribute ideas that obviously emerged from a single author or team.

This rotational polar force could be a Special Forces battalion or company focused on Arctic direct action and special reconnaissance. Luke Forand notes that reducing assigned missions to these core tasks would free training time for necessary Arctic survival and fieldcraft with a focus on snow-machine movement, cross-country skiing, and snow science expertise. Perhaps headquartered in Anchorage, Alaska, this polar special operations force would be colocated with United States Army Alaska. From Anchorage, the force would build expertise and catalyze investment in infrastructure necessary to sustain operations in the inhospitable Arctic by training at Black Rapids and adjacent training areas.

Rotational unit forces in Alaska could also take advantage of a hinted-at upgrade of the Northern Warfare Training Center into the Joint Multinational Arctic Readiness Center. Justin Baumann suggests this training center should sponsor detachments from Arctic partners like Norway, Sweden, and Denmark. Assigning a permanent or rotational Special Forces battalion or company could enable training against the full-time, conventional opposing force battalion. Rotations through this training center would also encourage development of infrastructure for the reception, staging, onward movement, and integration of ground forces deploying to northern Alaska.

Thrive against Polar Terrain and Weather

Polar special operations forces must invest in unique mobility and communications platforms, while taking special health considerations into effect because of the extreme cold, long distances, and temperamental electromagnetic environment.

In addition to continuing to employ snowmobiles, Dylan O’Connell and Spencer Wirth agree polar special operations forces must consider acquiring the Cold Weather All-Terrain Vehicle (CATV). The CATV will provide an essential sustainment capability, capable of moving twelve soldiers and a payload of 13,800 pounds with protection from enemy fire up to 7.62-millimeter rounds. An Army program, the CATV’s specifications call for a light-footprint, tracked, amphibious platform capable of traversing a wide range of challenging terrain and operating reliably in extremely cold temperatures. By investing early, special operations forces could tailor some platforms for special operations–specific requirements.

Additionally, several authorship teams proposed solutions to the unique challenges of communications in the arctic. O’Connell and Wirth pointed out that polar communications challenges are unlikely to change as “severe magnetic storms . . . polar cap absorption phenomena and high mountains with heavy metallic concentration” all impede communications. With this challenge in mind, Allison Tsay and Elton Lossner suggest deploying microwave relay nodes by helicopter, while Patrick Boyle points out that SpaceX’s Starlink constellation now includes ten spacecraft in a polar orbit equipped with laser crosslinks, and Walker Mills suggests high-altitude balloons as a temporary bridge for communications. Each of these ideas deserve further study.

Polar regions also challenge the operation of unmanned aerial vehicles due to the extreme cold and long distances. Cold weather will quickly deplete batteries, as lithium batteries are rendered useless when exposed to extreme cold temperatures. Early testing is critical to iterative improvement of drones.

The unique challenges of the Arctic terrain may also require new approaches to the all-important SOF Truth: humans are more important than hardware. Human factors, including nutrition and mental health, will heavily influence soldiers operating in polar regions. Jonathan Kralick suggests fueling arctic operations with ketones for increased performance. In 1869, Army doctor Lt. Frederick Schwatka travelled three thousand miles by dogsled across the Arctic with several Inuit families and vouched for the body’s ability to fuel without carbohydrates for extended periods. Likewise, psychologists must screen soldiers for seasonal affective disorder and other conditions detrimental to mission accomplishment in isolated, cold, and dark operations.

Finally, weather is crucial to special operations in polar regions. James Barile and Eric Sanderson point out that the National Oceanic and Atmospheric Administration leads climate and marine science study in the high north. Likewise, Ekaterina Uryupova points out that the state of weather observation in the Arctic today is comparable to that of World War I, despite the Department of Defense focus on improving Arctic weather prediction.

Training alongside joint and regional partners and with indigenous peoples is essential to rapidly building polar competency. To succeed in this area, American polar special operations should also consider adding an “Arctic advisor” mission. Though large-scale combat operations in the Arctic are unlikely, Lance Blyth suggests how a cadre of Arctic special operators could enable conventional battalions and brigades assigned to Arctic missions. Special Forces mountaineering detachments are already well postured to earn the International Polar Guides Association certification based on their firearms and first aid expertise, but would need to add a twenty-day expedition to round out their training.

American special operators should train alongside their counterparts from Canada, Norway, Denmark, Sweden, and Finland and with the indigenous peoples on special reconnaissance. In addition to collective exchanges, Francesco Fusco and Fabio Nonis—both members of Italy’s special operations community—argue for two- or three-year exchanges for subject matter experts. One American operator and one allied officer could exchange locations to build both cold-weather and cultural understanding. O’Connell and Wirth agree, as does Joseph Lee, that learning from Arctic indigenous peoples is essential to building understanding of ice flow, melting conditions, and weather changes, while also understanding how locals move across the icy north. Conor Kane and Francis Ambrogio rightly point out that civil affairs forces must join these operations, to build rapport and support these remote communities.

Another way to rapidly build polar expertise might be through integration with conventional mountain or Arctic units. MC Hallam of the Royal Marines points out that the United Kingdom adopts this type of approach using Commando Forces to deliver training to the UK military’s special mission units. This mutually beneficial relationship allows for more efficient and economical training delivery and has the second-order benefits of cross pollination of skills. Special operations forces should continue to exercise alongside their services, while joint exercises expand. 10th Group could easily join the Army’s two Alaska-based infantry brigades that regularly exercise Arctic capabilities. Joint exercises like Arctic Edge should grow while continuing to invite allies and partners. These exercises will continue to improve the joint force’s Arctic proficiency at individual and collective tasks.

As competition in polar regions heats up, special operations forces will play an important role. United States Special Operations Command should consider yearly rotations of a Special Forces battalion or company into the polar regions to build expertise and signal capability to Russia and other adversaries. These forces could provide iterative feedback on technological developments into drones, battery, and communications technology. Both exercises and experimentation must integrate our allies, partners, and the indigenous people with true polar expertise.

Maj. Zachary Griffiths is the operations officer for 2nd Battalion, 10th Special Forces Group (Airborne). From 2017 to 2019, he was a resident military fellow at MWI. Follow him on Twitter at @z_e_griffiths.