Where Climate Change and Violent Non-State Actors Collide: Conflict and Security Force Assistance in the Sahel 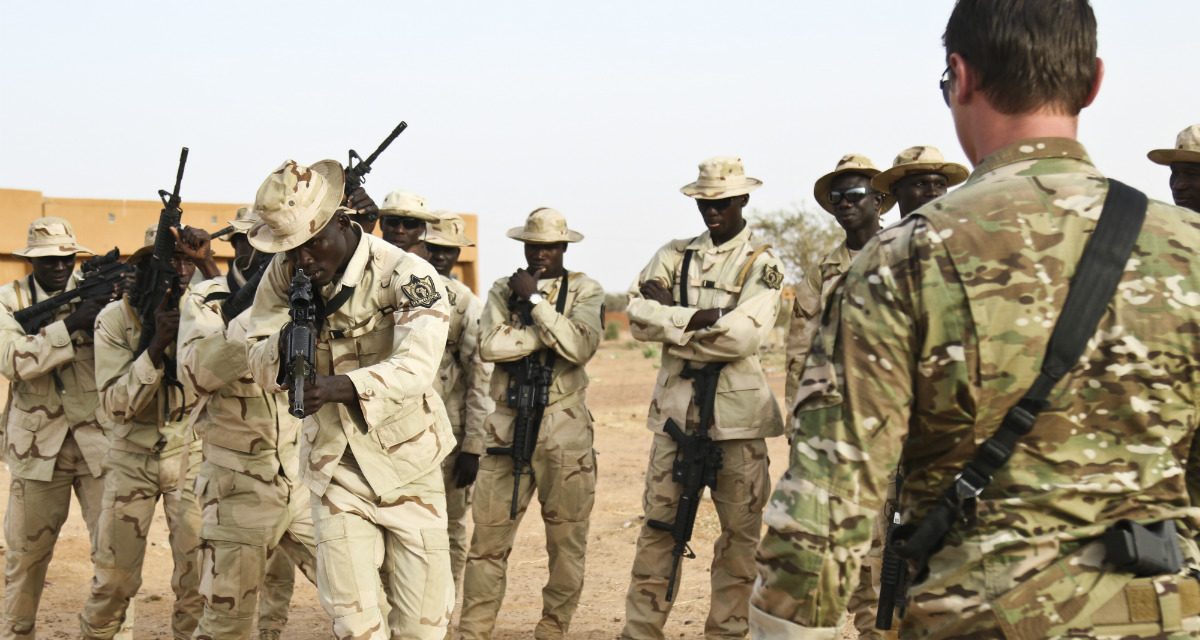 Editor’s note: In this article for the Journal of Diplomacy, MWI Non-Resident Fellow Dr. Jahara Matisek, MWI Adjunct Scholar Will Reno, Dr. Buddhika Jayamaha, and Dr. Molly Jahn show how changing climate patterns in the African Sahel region are altering the way governments, communities, and violent non-state actors interact with one another. Their findings on these new civil war dynamics are based on fieldwork in Mali and the Lake Chad Basin area.

Over the last decade, the United States and its allies have deployed their militaries to numerous countries throughout the African Sahel region in response to instability. Such “securitization efforts” have been pursued to squash the wave of violent non-state actors (VNSAs) that have taken root in the region. Meanwhile, as the tenacity and resilience of VNSAs have grown throughout the Sahel, so have extreme weather events (e.g., storms, floods, heat waves, droughts, etc.) and biome changes. As increasing numbers of studies identify relationships between  climate change and a rise in VNSAs, we illustrate how changing weather patterns in the Sahel are substantially disrupting the way of life for many people living in rural and peripheral areas. Many people in these areas depend on consistent weather patterns and cycles for basic subsistence purposes.

Water and food insecurity creates new opportunities for VNSAs to exploit, as poor employment prospects collide with the realities of basic survival. This leads many vulnerable people to engage in illicit activities, such as smuggling and trafficking, so as to take care of their families and benefit their communities. However, the empowerment of VNSAs, comes at the expense of local “big men” that typically assert authority in many of the small villages and rural communities. This dislodges informal structures of power and control, creating a disruption to how that community interacts internally and with the national government.

It is essential to understand these relationships between climate change, illicit and violent activities, and informal power structures for practitioners and policymakers responsible for US military activity in the Sahel. Specifically, understanding how security force assistance (SFA) is undertaken within the context of changing dynamics of VNSAs’ local-level violence provides new insights into how SFA might be channeled differently. This might even possibly include SFA provisions for “civil defense forces” that can better protect their communities than weak-state security forces. Enabling civil defense forces and better predicting how communities might be impacted by continued disruptions to weather and their environment could enable Western militaries to be better prepared in developing resilience strategies for local communities, thereby interrupting processes by which VNSAs grow and contribute to destabilization in the region.

Jahara “Franky” Matisek is a Non-Resident Fellow at the Modern War Institute and an active duty US Air Force officer currently serving as an Assistant Professor in the Department of Military and Strategic Studies at the US Air Force Academy. Will Reno is a professor of Political Science at Northwestern University and an Adjunct Scholar at the Modern War Institute. Buddhika Jahamaya is currently an Assistant Research Scientist at the University of Wisconsin (Madison) working on the problem of food system security in fragile states. Molly Jahn, a former Undersecretary of Agriculture and is currently serving as a Professor at the University of Wisconsin (Madison).