How Climate Change Will Shape the Future Operational Environment: A Sahel Case Study 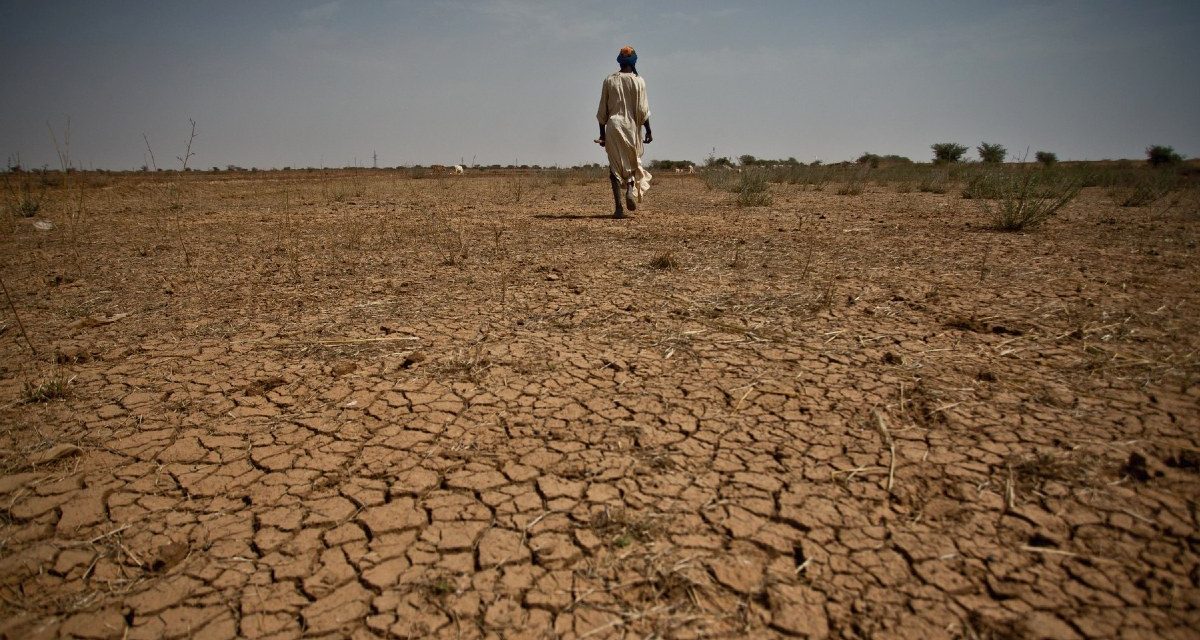 Climate change is projected to displace at least two hundred million people by 2050. Tens of millions will be in the Sahel, a swath of sub-Saharan Africa that faces significant temperature increases and climate, projected to warm at a rate one and a half times faster than the global average. Climate change is driving desertification, which degrades arable land, making it harder to grow crops and graze livestock. Over 80 percent of the region’s land is damaged in this way. The rural population’s coping strategy is migration—to greener grass in rural areas, to cities, or to other countries. In every case, terrorist movements stand to benefit tremendously.

The growth of terrorist power poses a major strategic threat, in particular to Europe, but also to the United States. Instability in the Sahel means an increased volume of migrants trying to cross the Mediterranean, which creates domestic political tumult—something adversaries like Russia have proven capable of exploiting. It also provides expeditionary terrorists with bases, resources, and pathways to attack European nations, as happened in 2015, as well as fueling organized crime.

These realities make stabilization and counterterrorism missions in the Sahel non-optional for European countries. This is not a matter of Europe being pulled into conflict—they are already engaged, and their commitment is increasing without an end in sight. This progressively growing commitment will impact European militaries’ readiness—including NATO members’ capability to work alongside the United States in a new era of great-power competition—and reduce European options to exercise influence on the global stage. The United States also stands to see its own readiness affected, since European efforts in the Sahel are enabled in large part by US support. Ramping up this investment to address the increasing threats detracts from key US priorities in great-power competition—but abandoning the region risks torpedoing relations with European partners and exacerbating their vulnerability. As such, it is vital for policymakers and military planners to understand the effects, both immediate and long-term, of climate change in the region.

Competition for land in the Sahel is fierce, fueled by rapid population growth, decreasing amounts of arable land, and ethnic tensions. The result is intercommunal conflict at an alarming scale. In 2019, 440,000 people were displaced by the fighting and over five thousand were killed. This is a precipitous rise over a short period of time. In 2018, only 88,000 people were displaced. The fighting tends to take place along ethnic lines, with Fulani communities in Mali, Burkina Faso, and Niger targeted by militia from the Dogon and Bambara groups. Security forces have generally failed to stop this persecution—and in fact, sometimes participate in it. This level of state abuse, combined with poor service provision and lack of economic opportunities, has led many Fulani to join terrorist groups. This has, in turn, driven perceptions that the Fulani as a whole are in league with these groups, allowing governments to rationalize increased and discriminatory security measures, which creates a self-reinforcing cycle. The only actors that have benefited are terrorists. In 2016, 770 people died in terrorist attacks in the Sahel—in 2019, the figure was over four thousand. Intercommunal violence in the Sahel also strengthens criminal gangs, particularly arms dealers.

Many rural residents displaced by desertification and the ensuing conflict move permanently—as opposed to temporary migration for work opportunities—to cities. For example, research among migrant populations in Ouagadougou, Burkina Faso, showed that only 10 percent of a representative sample wanted to return to their village. This dynamic repeats across the Sahel—sub-Saharan Africa is often cited as the most rapidly urbanizing region in the world. A lack of capital among migrants, combined with restrictive property laws, consigns most of them to live in vast periurban slums—for example, 93 percent of the population of Bamako, the capital of Mali, live in informal settlements. Governments, already overstretched, are unable to provide even basic services or security in these areas. This opens up options for terrorist groups to move in and establish competitive governance, which gives them a recruiting base and additional legitimacy. Moreover, slum dwellers—particularly migrants from rural areas—are often detached from traditional structures of authority and trapped in poverty; this makes them especially vulnerable to recruitment.

Further, these urban areas are often nodes in global trade networks. A state’s inability to ensure security will lead to terrorist groups exploiting this for expeditionary or funding purposes. This dynamic can already be seen with al-Shabaab, whose influence on maritime infrastructure in Somalia allows it to control the regional charcoal trade, and Hezbollah, whose presence in West African cities facilitates the drug trade to Europe. Worse, these cities are excellent defensive ground due to their large populations, poor internal infrastructure, and density. Conventional doctrine is that counterinsurgency requires one soldier for every fifty civilians. Of course, few counterinsurgency forces in history have ever managed to achieve such a ratio. Still, with that reference point in mind, consider Bamako, the capital of Mali, which has a population of 2,529,000. The entire country has only 13,000 men available for combat operations—barely 10 percent of what would be required just for the capital according to the one-to-twenty ratio. This suggests that once terrorist groups fully entrench in a city, removing them would pose a serious challenge for even the largest and most capable Sahelian militaries.

The challenge of climate-induced migration and terrorism is not confined to the Sahel. By 2050, the European Commission estimates that 2.8–3.5 million Africans will leave their home countries each year. Between 20 percent and 40 percent of those displaced in the Sahel attempt to move to Europe. As conditions on the continent deteriorate further due to climate change, it is plausible that that percentage may rise. In the next thirty years, Europe will have to cope with millions of prospective immigrants. If the 40 percent estimate is accurate, by 2050, every year will see the same number of attempted entries as the peak of the migrant crisis in 2015.

This movement will empower terrorists. This is not because migrants are dramatically more likely to be recruited by terrorist groups. Rather, it is because many migrants pay human traffickers to move them, who often have strong financial connections with terrorist groups. In the Sahel, Boko Haram, al-Shabaab, and the Lord’s Resistance Army are particular offenders. Moreover, terrorist groups do use flows of migrants to move personnel undetected, as was seen in the 2015 Bataclan attack. Further, the journey to the Mediterranean coast is as dangerous, if not more so, than crossing the sea. When migrants’ funds dry up or they are turned back by European coast guards, they become de facto marooned in foreign countries. This may make them attractive recruits for terrorist operations, and their informal settlements potential operating bases.

Another factor of concern is that this substantial flow of migrants is likely to increase xenophobia in Europe. The 2014–15 migrant crisis played a critical role in spurring the rise of populism across the continent. A repetition or intensification of that trend poses a strategic threat to organs of European stability like the EU, opens opportunities for hostile foreign actors like Russia to exploit, and increases prejudice aimed at existing migrant (and often Muslim) communities—providing propaganda fodder for terrorists. There is no easy way to avoid this challenge. An institutional decision to tack to the right on immigration policy, a strategy that has already been deployed in the Netherlands and elsewhere, would provide terrorist recruiting material and lead to accusations of human rights violation. An integrationist approach, as adopted by Germany in 2015, would likely lead to another surge in populism, facilitated by Russian influence operations.

Increased flows of migration also raises the possibility of European nations getting blackmailed by North African countries that hold back migrants. Gaddaffi’s Libya extorted billions as payment to turn back sub-Saharan immigrants. In recent years, Turkey has repeatedly threatened to let millions of Syrian refugees into European territory to influence payments and policy. Presently, these efforts are uncoordinated and applied for individual national interest. But with the growth of Chinese and Russian influence in North Africa, it is not impossible that they may weaponize this profit-seeking behavior.

For example, Russia could provoke tensions with the Baltic nations while at the same time inducing North African nations to let more migrants through toward Europe—splitting European attention and resources. China might promise to redouble migrant interception support if Brussels were to sign an additional protocol to the Belt and Road Initiative, or abstain from giving full support to Washington over a South China Sea dispute. These are hypotheticals, and Europe has the resources to invest in countering them. However, forestalling migrant weaponization would be another burden on already strained European national security budgets.

*Editor’s note: An earlier version of this story referenced a 1:20 planning ratio of counterinsurgency forces to civilians. The ratio has been corrected to 1:50.