Closing the Chapter: Ending Afghanistan for US Army Special Forces 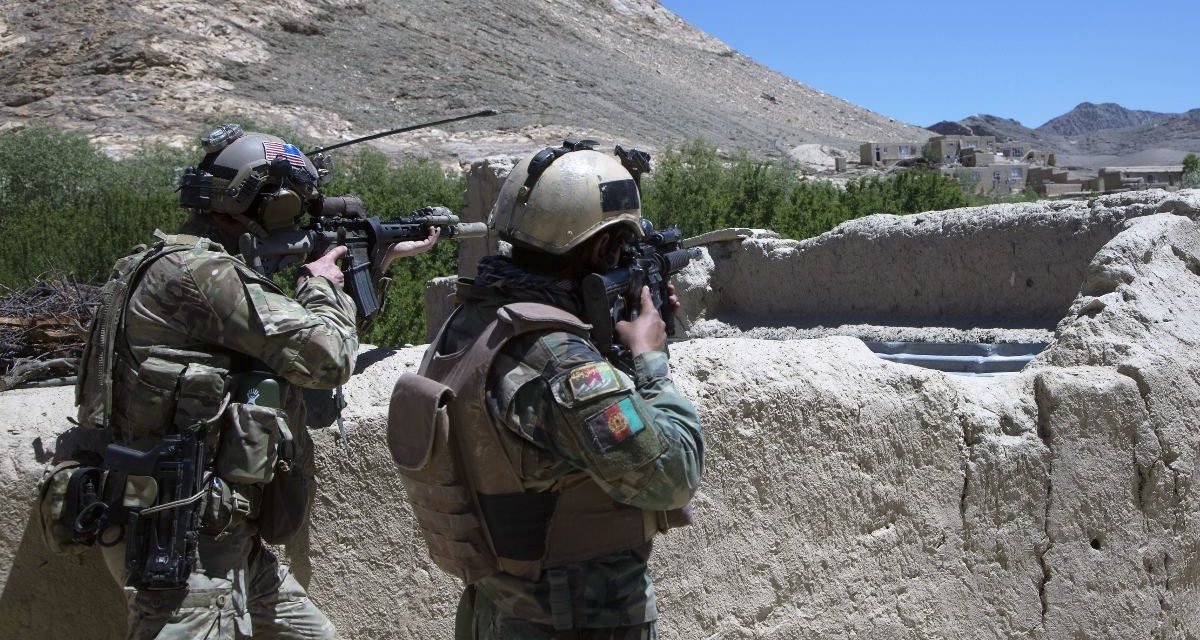 US Army Special Forces units continued to quietly operate in Afghanistan when conventional troops withdrew around 2015. These soldiers have worked closely with Afghan commandos and government partners to hold the hard-won and fragile stability. What happens when they leave the country this summer? How has this war continued unnoticed by the American people and what was the role of the media, the military, and policymakers in building a better public awareness of ongoing operations in Afghanistan?

Episode 31 of the Irregular Warfare Podcast explores the story of American special operations forces in Afghanistan since 2015 through the lens of Wall Street Journal reporter Jessica Donati’s new book, Eagle Down: The Last Special Forces Fighting the Forever War. Our guests address these questions based on their extensive experience in Afghanistan. One is a journalist who lived and reported from Afghanistan for five years, the other is a seasoned US Army Special Forces officer with over seventy months in-country. They will argue that Army Special Forces, also known as Green Berets, have been instrumental to preserving stability in Afghanistan since 2015, and their departure will leave a concerning void in the security and functionality of the country. They also discuss the role of the media in influencing policy in Washington, and the responsibilities that the military, journalists, and policymakers have to build a detailed understanding of conflicts such as the one in Afghanistan. Our guests conclude by discussing this “forever” war’s impact on policymakers and practitioners.

Jessica Donati covers foreign affairs and national security for the Wall Street Journal in Washington, DC. She joined the newspaper as the bureau chief while reporting from Afghanistan between 2013 and 2017. She previously worked for Reuters in Europe, the Middle East, and Asia. She was part of the team that reported on the war in Libya, working on a series chosen as a finalist for the Pulitzer Prize for International Reporting in 2012.

Colonel Brad Moses is a US Army Special Forces officer with nearly two decades of operational experience. Brad commanded the 3rd Special Forces Group from 2016 to 2018, conducting enduring operations throughout North and West Africa. Brad most recently served as the deputy chief of staff for strategy and policy, United States Forces Afghanistan and Operation Resolute Support.

The hosts for this episode are Abigail Gage and Shawna Sinnott. Please contact them with any questions about this episode of the Irregular Warfare Podcast. The Irregular Warfare Podcast is a product of the Irregular Warfare Initiative, a collaboration between the Modern War Institute and Princeton University’s Empirical Studies of Conflict Project—dedicated to bridging the gap between scholars and practitioners to support the community of irregular warfare professionals.  You can listen to the full episode below, and you can find it and subscribe on Apple Podcasts, Stitcher, Spotify, TuneIn, or your favorite podcast app. And be sure to follow the podcast on Twitter!