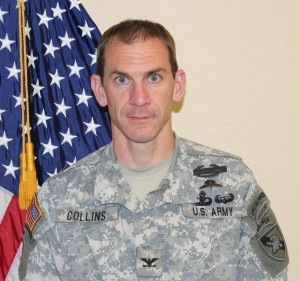 Colonel Liam Collins is a career Special Forces officer, who has served in a variety of special operations assignments and conducted multiple combat operations to Afghanistan and Iraq as well as operational deployments to Bosnia, Africa, and South America. He has graduated from several military courses including Ranger School and has earned numerous military awards and decorations including two valorous awards for his actions in combat. Prior to assuming his current position as the director of MWI, Liam served as the director of West Point’s Combating Terrorism Center. He has taught courses in Military Innovation, Insurgency and Counterinsurgency, Comparative Defense Politics, Research Methods in Strategic Studies, Homeland Security and Defense, Terrorism and Counterterrorism, Internal Conflict, International Relations, American Politics, and Officership.  He has a bachelor’s degree in Mechanical Engineering from the United States Military Academy and a Master in Public Affairs and PhD from Princeton University.