Competing for Connections: Authoritarian Powers’ Use of Cyber and Influence in Latin America 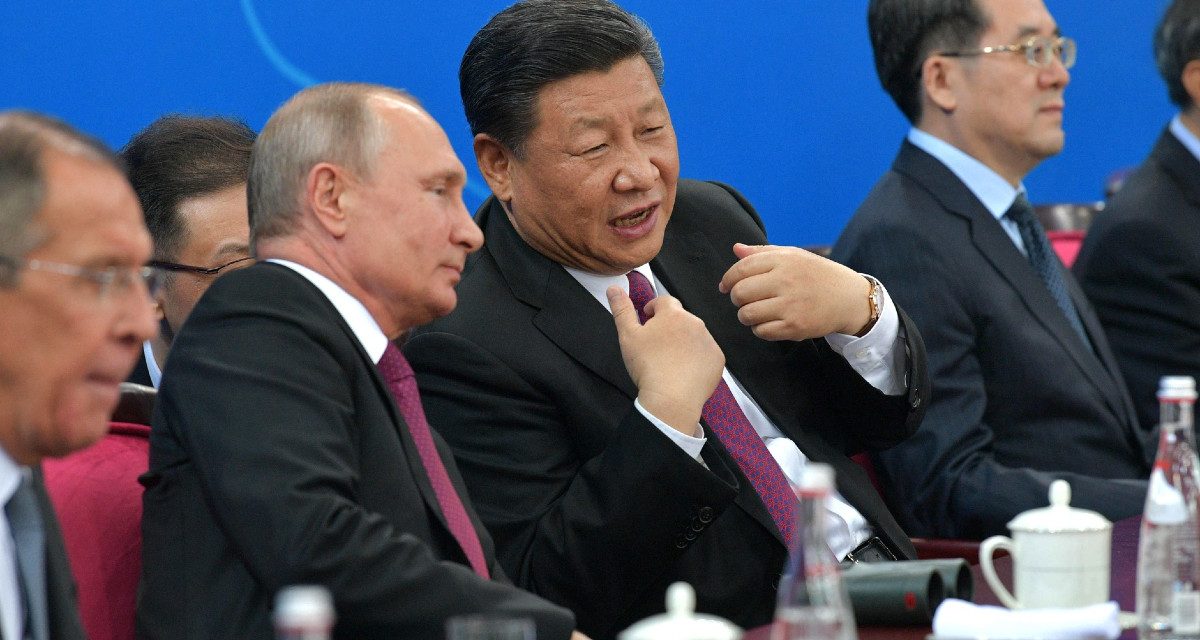 Editor’s note: This article is the sixth in a series, “Full-Spectrum: Capabilities and Authorities in Cyber and the Information Environment.” The series endeavors to present expert commentary on diverse issues surrounding US competition with peer and near-peer competitors in the cyber and information spaces. Read all articles in the series here.

Internet access rates in Latin America are higher than for other lower- and middle-income countries. The World Bank estimates that about two out of every three people living in Latin America use the internet, though there is wide variation within the region. For example, Haiti and Nicaragua, two of the lowest income countries have only 28 and 32 percent of their respective populations online, whereas Costa Rica’s 81 percent internet penetration rate exceeds that of some US states. While the relatively high rates of internet connectivity could be good news for the region, the rapid pace at which technology is expanding is outpacing the state’s capacity to regulate, coordinate, create awareness, and attract and cultivate online knowledge and skills. Governance shortcomings create vulnerabilities that can be exploited by authoritarian states seeking to compete with the United States. Testifying before Congress, US Southern Command commander Admiral Craig S. Faller recently identified cyber as one of the domains in which the US faces competition in Latin America.

The vulnerabilities that exist in the cyber domain in Latin America parallel other weaknesses in the region. Governance indicators point to the region’s limitations with respect to government effectiveness, controlling corruption, and guaranteeing the rule of law. In cybersecurity, the region’s biggest weakness is its poor governance. A recent report found that Latin America trails all other regions in the world, except the Commonwealth of Independent States, in its commitment to improving governance of cybersecurity, as demonstrated by a low commitment to cybersecurity policy and strategy, a dearth of cybersecurity indicators, and a lack of identification of a government agency responsible for this area.

Vulnerabilities in governance, including governance of cyberspace, create opportunities for authoritarian states to increase their presence in Latin America. Authoritarian competitors challenge the free and open international order and wish to shape international norms to obtain diplomatic, economic, and strategic advantage in the region. Weak governance of cyberspace presents the best opportunity for these challengers to make inroads because of disputes around which norms apply to the cyber domain.

Russia and China pursue different goals in Latin America. Under the leadership of Vladimir Putin, Russia has shown a desire to build on its long history of regional engagement to strengthen relations with Latin American and Caribbean states. The twin goals of the reengagement are first, to boost Russia’s credentials as a global power, and second, to maintain a presence in the United States’ near abroad as a check against US involvement in Russia’s near abroad (e.g., Georgia, Ukraine, the Baltic states). Chinese ties to the region, on the other hand, are much shallower: their longest diplomatic relationships with Latin America, those with Mexico and Argentina, will be just fifty years old next year. Chinese interest in the region is motivated by a desire to secure access to natural resources and markets. Both China and Russia have been pragmatic in their approach to the region, displaying flexibility and an ability to adapt quickly as they pursue economic and security objectives. The two authoritarian states have sought to employ cyber tools including disinformation, cybercrime, electoral interference, and investment in critical infrastructure in different ways as they pursue their goals in the region.

Consistent with establishing a presence close to the United States, Russia has expanded its online presence in Latin America through the establishment and expansion of RT en Español, part of its state-controlled propaganda network. RT en Español began its operations in 2009 and has expanded across platforms to include online streaming through social media platforms. According to RT, its Facebook channel in Spanish has more followers than CNN. Spanish-speaking audiences are an important target for RT, accounting for about 11 percent of all RT videos made available through YouTube.

In addition to information operations, Russia has also been linked to cybercrime activities, though, like some of its other incursions in the region, these have links to individuals in Russia, but not directly to the Russian state. An example of this is the many “trojan” attacks executed by people in Latin America with support from Russian-speaking experts. The region was also victimized by the Ryuk ransomware attacks linked to Russia. Despite making substantial progress in creating legal and regulatory frameworks to address cybercrime, the region’s governance gaps and lack of state capacity to implement cybercrime-related laws and regulations allow cybercriminals to operate with impunity. By one estimate, only one out of every hundred cybercrimes result in a conviction, which does not engender a strong deterrent effect.

In seeking to check the United States in its near abroad, Russia has used cyber tools to target two of the closest US partners in Latin America: Colombia and Mexico. In the lead-up to the 2018 parliamentary election Colombian officials detected attacks on the country’s voter registration rolls. At the time of the attack, Colombian Minister of Defense Luis Villegas linked the actions to Venezuela, which has been known to have close ties with Russia. That same year in Mexico, Russia provided favorable coverage of Andrés Manuel López Obrador ahead of the presidential election in that country. In that same election Mexico’s electoral institute reported that an unusual number of visits to its website for overseas voting were originating in Russia, though it did not ultimately report a cyberattack.

In contrast to Russia, China has not pursued operations in the information environment in Latin America, even as it does employ soft power and cultural diplomacy tools extensively. Soft power tools are most famously embodied by China’s Confucius Institutes. These are Chinese language and cultural centers funded by grants from China. In the United States they were designated as “foreign missions” by the State Department and are subject to close monitoring. In Latin America, China has established forty-one Confucius Institutes to date, an impressive rate of growth considering that the first institute opened in 2006. China is standing up institutes as quickly as it can: Panama recognized China in June 2017 and almost exactly a year later the first Confucius Institute opened in its capital. In its efforts to create links between regional media and its own news agencies, China has appeared to emphasize print outlets, inviting journalists to visit China. Its efforts to influence the online information environment have so far paled in comparison to its more robust cultural and economic engagement, and most definitely have not been as strong or aggressive as Russia’s.

In the cyber domain China has primarily sought to engage through its strongest links to Latin America, the private sector. Chinese telecommunication firms have been proactive in attempting to influence international standards governing 5G networks. In this regard, China’s efforts in Latin America have paid off. Huawei, for example, has reported an increase in revenue driven by its Latin American operations. In the region, China has had an important role in developing telecommunication infrastructure. In Brazil Huawei created most of the 3G and 4G infrastructure and will probably compete to build its 5G network. In Mexico Huawei won the contract to supply equipment for telecommunications upgrades. In Venezuela ZTE, another Chinese communications giant, helped create the regime’s “fatherland card.” Huawei will also be involved in Venezuela though a project to expand the country’s communications network.

More recently, Chinese companies like DuHua started leveraging the COVID-19 pandemic to expand their footprints in the region. DuHua donated thermal imaging cameras to Argentina, Chile, Colombia, Mexico, and Panama. Though these firms are not state-owned, they do receive significant financial backing from China and act as state proxies. The Biden administration appears eager to explore opportunities for cooperation with China, a redefinition of the relationship away from the zero-sum competition view that characterized the previous US administration. Latin America could provide a promising area for cooperation between the two powers, and certainly citizen security appears at first glance to be the sort of seemingly apolitical activity that would not disproportionally advantage or harm either side, while being beneficial to the region. However, China’s approach to citizen security through it’s “safe cities” program has been accused by the United States of “exporting authoritarianism,” an effect that is in direct opposition to US objectives of supporting a safe and secure Western Hemisphere bound by democratic principles and values.

Foreign investment in infrastructure is not, in and of itself, a security concern for Latin America. The Pan-American Highway, for example, was partly financed by the United States in some countries. In the case of Chinese investments in this sector, however, the concern is that the technologies they are bringing to the region, as well as some of the ones they are developing at home (e.g., quantum computing, AI), are dual-use technologies—that is, technologies that through their normal civilian use also give China and its partners a military advantage in the region.

Strengthening governance capacity in the region can help countries evaluate foreign offers of investment and determine what might be in their own country’s long-term interests. As a top Brazilian official explained at a recent cybersecurity conference focused on Latin America, “good national governance entails top-down strategic planning” to focus on what is relevant and best for the country. Working with partner nations to strengthen capacity presents a promising avenue for the United States to counter Russian and Chinese advancements in the cyber domain. Additionally, as the chairman of the Inter-American Defense Board, General Luciano Penna, explained at that same conference, cyber defense “represents the best opportunity for cooperation in the Western Hemisphere.” US support to Latin American countries as they work collaboratively to improve cyber governance in the region could result in a diminished presence of competitors in the cyber domain. Supporting Latin America’s cyber governance efforts also presents an opportunity for the United States to posture itself as a strong regional partner capable of working multilaterally with its neighbors.

The views expressed are those of the author and do not reflect the official position of the United States Military Academy, Department of the Army, or Department of Defense, or that of any organization with which the author is affiliated, including National Defense University.